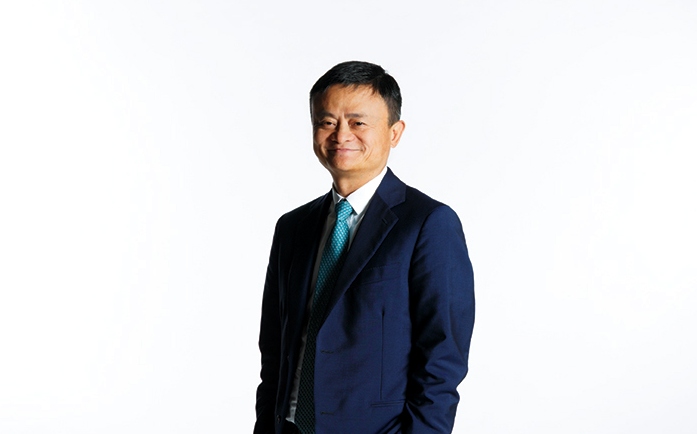 People say I am one of the richest people in China, but I don’t think it is my money,” says Jack Ma. “It is money that people have entrusted to you, and you want to spend it in a better, smarter way.” Ma is explaining his new focus, philanthropy, in an exclusive interview with Forbes Asia in October. Having spent the last two decades building Alibaba Group, the Hangzhou, China-based internet giant, Ma announced just over a year ago he would step aside and give his executive chairman title to Alibaba CEO Daniel Zhang.

“I will devote more time and effort to education, philanthropy and the environment,” he wrote in an open letter to shareholders (and the world). It was a transition that Ma had planned for a decade. “When Alibaba had its ten-year anniversary, on that day I started to think I should prepare for my retirement. That day, I decided on the day of the 20-year anniversary, September 10, 2019, will be the day I leave,” he said to Steve Forbes during the Forbes Global CEO Conference held in Singapore in October, just after receiving the Malcolm S. Forbes Lifetime Achievement award.

Now, having just turned 55, Ma is entering a new chapter in his career—but one in which he already has considerable experience. Alibaba, for example, has long had CSR programs. In 2006, Alibaba launched its first organized philanthropy to help underprivileged mothers in China, dubbed the model mother program. To date, some 20,000 mothers have gotten free training and funding to become online entrepreneurs.

The company made a major commitment in 2010, when Alibaba started to earmark 0.3% of its revenues to philanthropy. Two years later, it established the Alibaba Foundation to manage its philanthropic efforts. With $56 billion in revenues for the 2019 fiscal year, 0.3% would be $168 million (Alibaba doesn’t disclose the actual figure).

Ma’s personal philanthropy started in 2014, when he set up the Jack Ma Foundation. In April that year, about six months before Alibaba’s IPO on the New York Stock Exchange, Ma set aside options representing 35 million shares to be put into his foundation. Today the Jack Ma Foundation has 23 million Alibaba shares, worth about $4.6 billion.

Since its founding, the Jack Ma Foundation by itself has already distributed or pledged at least $300 million, according to figures from Alibaba.This year, for examp le, the foundation pledged about $14 million to protect wetlands in Hangzhou. The majority of funding for its projects comes from the foundation, however, it does acceptsmall outside donations to help in some projects.

Ma also wants to encourage the spirit of philanthropy in others. “The world won’t change because you donate money, but it will change if your heart is changed. You can never save all the poor people and heal all the illness, but we can wake up the kindness inside everyone in the world,” he said in a 2016 philanthropy conference held in Hangzhou that Alibaba sponsored.

China will be, for now, Ma’s core focus. The former teacher has a special interest in improving education in his country’s rural and impoverished areas, and his foundation has already pledged at least $75 million to training teachers and headmasters, along with other educational efforts.

While philanthropy is on the rise in China, Ma says much more can be done. One reason for his China focus is that he wants to develop and test ideas first in China that he can then apply elsewhere. Another motivation is his belief that China, as the world’s second largest economy, can do more. “China has a great culture of charity, but China needs to build up the culture of philanthropy,” says Ma. He’d like to develop academic programs in China on philanthropy. “I want to develop a course with a university [in China] to train people in how to do philanthropy,” he says. As he said at the Forbes Global CEO conference: “I believe China one day [will have] hundreds of thousands of businesspeople who will build up their own charities or philanthropy foundations.”

Others share his view. “Asian philanthropists, particularly those in China, are still waiting, with great anticipation, to see what Jack Ma will do with his philanthropy. He has an extraordinary opportunity to be a leader and role model in the field,” says Laurence Lien, CEO of the Singapore-based Asia Philanthropy Circle, in emailed comments.

Ma says he also hopes to do more to support women’s causes. “The secret sauce of Alibaba success is that 34% of the senior leadership of Alibaba are women, and almost 47% of employees are women,” Ma said on stage in Singapore. “I have a lot of powerful women standing behind me, and I’m always thankful for them.”

So what will Ma do next as a philanthropist? First, he’ll do some research—as he wrote in last year’s open letter: “While I will not allow myself to sit idle, this time, I will be able to spend time on choosing interesting and meaningful causes that I can be passionate about.” He elaborated on this in his interview: “I am not in a hurry, I want to spend a year traveling around to many countries, talking to the ministers of education, talking to schools, talking to teachers, and talking to those who have great ideas.”

In November, Ma went to Ghana to be one of the judges in the first-ever African Netpreneur awards, sponsored by his foundation. The proceedings were broadcast across the continent as the Africa’s Business Heroes show, which was meant to inspire entrepreneurship in Africa. “If we can discover and help more Jack Mas, more Bill Gates, more Warren Buffetts, Africa will be different,” says Ma.

The Jack Ma Foundation still has only one office and less than 30 full-time staff. This may seem small, but recall in 2000, when Alibaba had only 150 employees, Ma declared to Forbes his intention to make Alibaba one of the world’s top ten websites. When asked where the Jack Ma Foundation will be in five years, Ma appears to be already planning ahead: “It will be a respected organization that is doing things in an efficient way.”