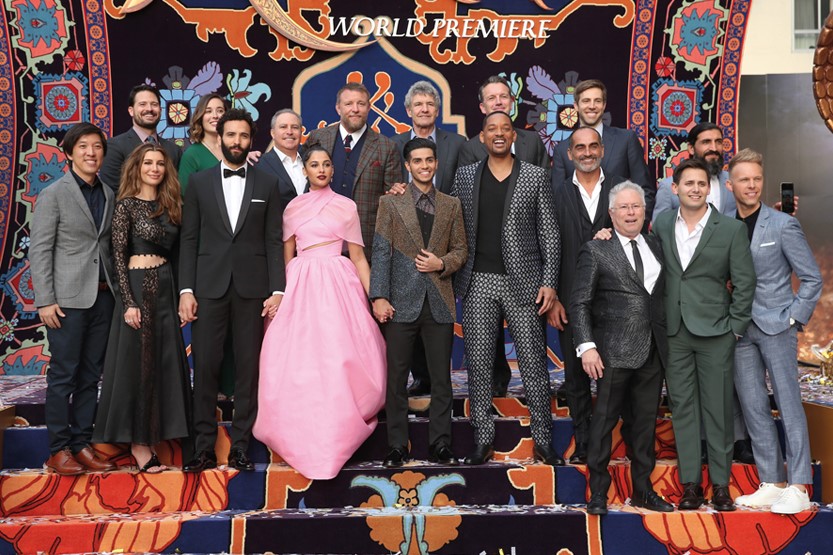 WALT DISNEY PICTURES’ latest production of Aladdin was released on May 24, 2019, to much fanfare. The movie is directed by British filmmaker Guy Ritchie with the role of the genie portrayed by Hollywood actor Will Smith.

While a full Hollywood production, the movie has a deep connection to the Middle East. It is based on a story from Alf Layla wa-Layla, or One Thousand And One Nights in English, which is popularly known as Arabian Nights. A collection of Arabic folk tales, Arabian Nights was compiled during the Islamic Golden Age. Other than Aladdin, other popular stories are Ali Baba and the 40 Thieves and The Seven Voyages of Sinbad the Sailor.

Aladdin’s villain Jafar is played by Marwan Kenzari, a Tunisian Dutch actor, who was born in The Hague. He won a Shooting Stars Award at the Berlin International Film Festival in 2014. His good looks have earned him the nickname ‘Hot Jafar’.

As the movie plays out in a fictional Middle Eastern kingdom of Agrabah, parts of it are shot in the Wadi Rum in Jordan, the largest valley in the Hashemite kingdom. The regional premier of the movie was also held in Jordan and was hosted by HRH Prince Ali Bin Al Hussein.

The titular role of Aladdin is played by Mena Massoud, an Egyptian Canadian actor, who was born in Cairo. Massoud has previously acted in a Canadian TV series Open Heart, and in the Amazon Prime series Jack Ryan.