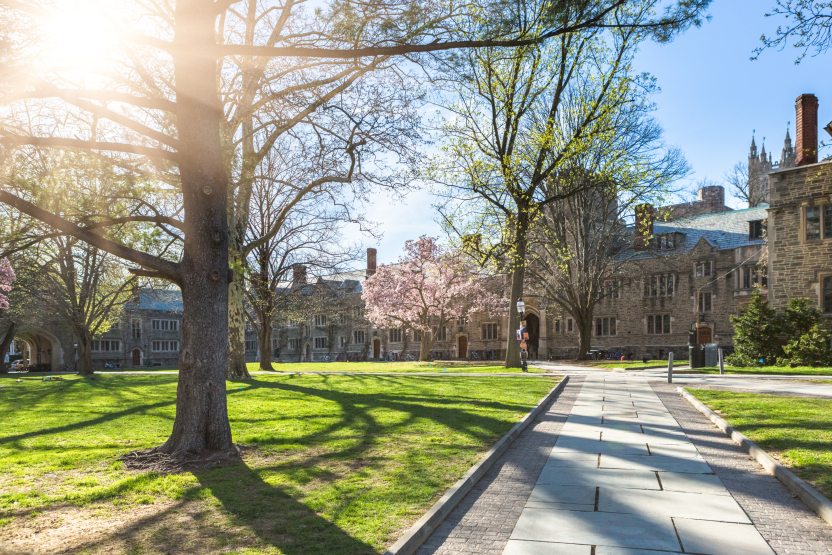 As billionaire donations to institutions of higher learning go, the $65 million pledge today from Ronald Perelman and his daughter Debra pales in comparison to Michael Bloomberg’s November gift of $1.8 billion to help low- and moderate-income students attend Johns Hopkins, his alma mater. In October, hedge fund titan Stephen Schwarzman pledged $350 milliontoward a $1 billion college at MIT that will be dedicated to the study of artificial intelligence.

Perelman himself has given greater sums to higher ed, including a $100 million gift to Columbia Business School in 2013 for a new facility dedicated to strengthening innovation and cultivating a new generation of leaders.

“The establishment of Perelman College will enable Princeton to admit more talented students from every sector of society, increasing our capacity to fulfill our mission and make a positive difference in the world,”said Princeton president Christopher L. Eisgruber in a statement. The donation follows a commitment made in 2016 by Princeton’s board to increase its enrollment by 125 students per class with the goal of admitting more low-income and first-generation students. The new Perelman College will give those students a place to live.

Debra Perelman, 45, studied history at Princeton and graduated in 1996 after writing a thesis on clemency for World War II war criminals. At Princeton, she spent her first two years at Rockefeller College, founded in 1932 and named for John D. Rockefeller III, Princeton class of 1929 and grandson of the oil titan.

In a phone interview, she said to Bloomberg that the residential colleges “are really there to anchor your experience within Princeton.” They “really drive connections, to have an understanding of the people around you as well as your fit in the world. Princeton helped instill values and ethics I still use today.”

After Princeton, Debra, known as Debbie, earned an M.B.A. from Columbia Business School and then joined her father’s business, first spending six years at Revlon, then 14 years at MacAndrews & Forbes, a holding company, before returning for the past year to Revlon, where she became CEO in May. Forbes pegs the fortune of her father, Ron, 75, at $9.1 billion.

While it is laudable that the Perelmans are supporting Princeton’s effort to enroll students from underrepresented backgrounds, Princeton already has one of the biggest endowments of any school in the U.S., at nearly $26 billion. As Forbes contributor Allison Dulin Salisbury wrote recently, if it is the intent of billionaires to increase college access to students from diverse backgrounds, they should consider giving to less well-endowed institutions with stronger track records moving students up the economic ladder, including City College of New York, Texas A&M International University, and California State University, Los Angeles. All those schools ranked high in a study of colleges that offered the greatest economic mobility by Harvard economist Raj Chetty.