Welcome To 'Waymo One' World: Google Moonshot Begins Self-Driving Service – With Humans At The Wheel For Now 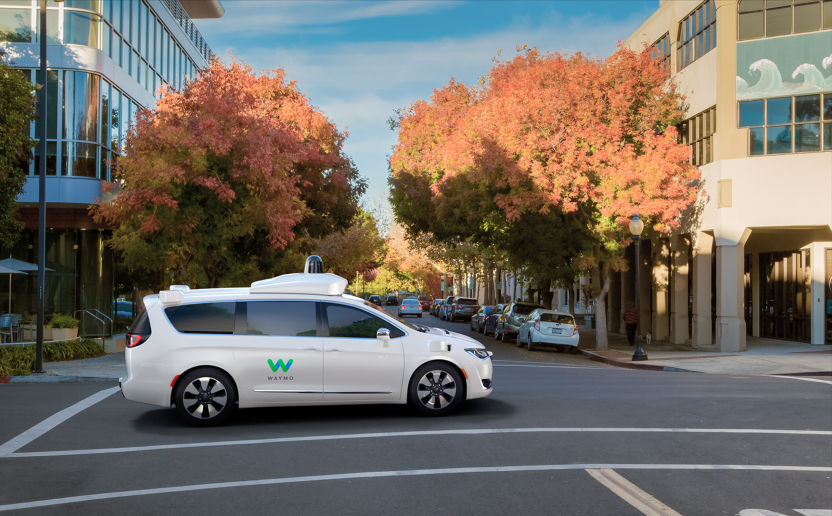 Waymo, the Alphabet Inc. unit that started out as the Google Self-Driving Car Project, begins operating today in metro Phoenix as the ‘Waymo One’ robo-taxi service, with a couple caveats: fee-generating rides will be available initially only to a few hundred people and trained human drivers will remain at the wheel for now.

The industry’s biggest and most advanced autonomous vehicle program, approaching its 10-year anniversary, is launching its commercial ride service in Chandler, Arizona, at a relatively small scale and with a big emphasis on safety. That’s likely the result of a drop in public sentiment toward self-driving vehicles in the aftermath of Uber’s fatal accident in which one of its self-driving Volvo XC90 test vehicles struck and killed a pedestrian walking her bicycle across a dark Tempe, Arizona, street in March 2018. Waymo CEO John Krafcik is also managing expectations for the biggest of Google’s “other bets” for future revenue beyond its core search business.

After a year of “Early Rider” tests in Chandler, where Waymo has hundreds of white Chrysler Pacifica Hybrid minivans, “we're taking the next step in our journey with the introduction of our commercial self-driving service, Waymo One,” CEO John Krafcik said in a blog post today.

“Self-driving technology is new to many, so we’re proceeding carefully with the comfort and convenience of our riders in mind.”

The commercial phase of the program includes a new app for hailing one of the robotic minivans, which are available 24 hours a day, 7 days a week. Users can take them to get to destinations within the Phoenix area, including the cities of Tempe, Mesa and Gilbert, as well as Chandler. Riders will get price estimates before they accept the trip, which take into account travel time and distance to their destination. Waymo has said prices will be in line with those charged by Uber and Lyft for human-driven rides, without elaborating.

“We’ll first offer Waymo One to hundreds of early riders who have already been using our technology. Over time, we hope to make Waymo One available to even more members of the public as we add vehicles and drive in more places,” Krafcik said. Neither he nor the company is saying how quickly new users will be able to access the service and when the safety drivers will be removed.

Waymo has previously dispatched some vehicles to pick up Early Riders in Chandler with no human at the wheel, including a test ride provided for Forbes earlier this year. Along with vehicles stationed at Waymo’s Chandler depot, the company also has minivans on-call at nearby Avis rental car lots. Krafcik said in an interview that the goal is to have a vehicle arrive within three minutes of being summoned.

“Much of the energy surrounding autonomous vehicles has focused on the technological hurdles and how long it will take to overcome them," said Karl Brauer, executive publisher for Kelley Blue Book and Autotrader.

"While many technology hurdles remain, and must be addressed, there is also a broad spectrum of non-tech-based challenges to resolve. Waymo’s Early Rider program is allowing the company to identify these issues, and its new Waymo One service will expand the company’s feedback system into a real-world business application," he said. "In the race for the self-driving car this information is invaluable.”