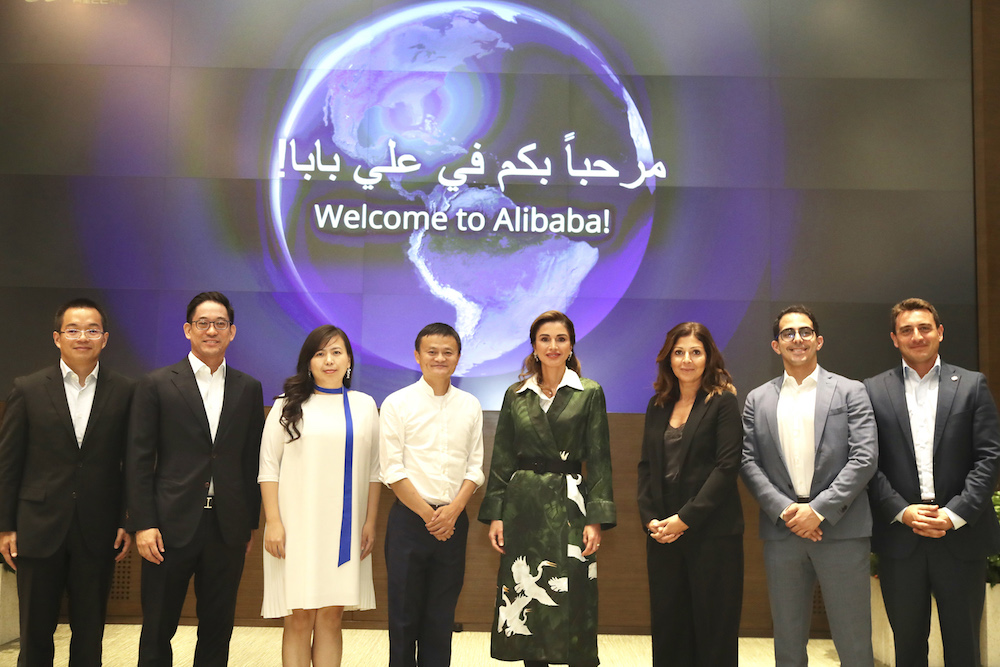 The Queen was given an interactive tour of Alibaba’s Xixi campus by Jack Ma himself, who introduced her to the company’s history, its technology, and philanthropy initiatives.

The tour also included a brief about the Jack Ma Foundation’s educational initiatives throughout China.

Her visit to the Chinese city of Hangzhou marks the second launch of the XIN Philanthropy Conference, which is a nine-day campaign by Alibaba to generate 300 million acts of personal philanthropy by consumers. The first conference was attended by then-UN Secretary Ban Ki Moon and former UK Prime Minister, Gordon Brown.

The conference gathered over 1,000 participants in both China and India to encourage sustainable growth for businesses and communities and to pool resources to address important causes such as youth engagement and women’s empowerment.

As the guest-of-honor, Queen Rania called for the power of logic and love in order to address the education crisis affecting the region, stating “Education is the birthright of every child (and) is an act of love. Education is also logical. It is the source of all human progress, the antidote to extremism, and the foundation of any peaceful society.”

Her speech also underscored the need for the collective power of individuals to resolve global challenges, adding “Yes, small can be powerful. What starts small can grow.”

“The vision and leadership of Queen Rania Foundation to improve the quality of education for Jordan and the region through its world-class innovative programmes is truly inspiring,” said Yu Xiuhong at the time, as the general secretary of the Jack Ma Foundation.

According to the latest estimates, 15 million children across the Middle East and North Africa (MENA) are unable to receive an education because of armed conflicts and mass displacement.

Alibaba currently sits at #39 of Forbes' Global 2000: Growth Champions list, while its founder and Chairman Jack Ma is listed as the world's 21st wealthiest person.

Queen Rania was #53 on Forbes' ranking of the world's most powerful women in 2011.