Bombardier To Sell Off Morocco, Northern Ireland Plants As It Consolidates Operations 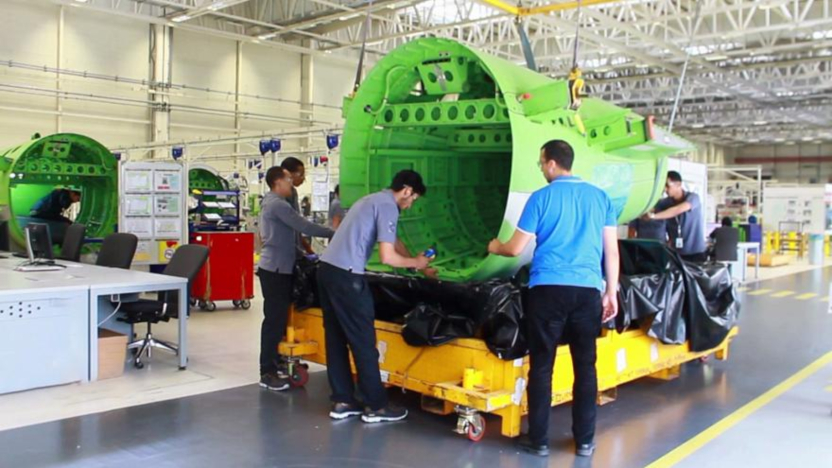 Aerospace giant Bombardier announced last week that it will sell its aerostructures unit businesses in Morocco and Northern Ireland in an effort to consolidate its enterprise into a single and fully integrated unit.

The consolidation will result in a new division which will incorporate both business aircraft and CRJ regional jets.

Bombardier’s decision to divest its Morocco and Belfast plants comes as it moves to integrate its manufacturing facilities in Montreal, Mexico and a newly acquired Texas wing-building facility.

The move, though, has raised concerns about operational and employment implications for both the Nouaceur and Belfast plants.

The Canadian aerospace giant is one of the largest aerospace players in Morocco, a country that is home to about 140 aerospace component manufacturers. The company’s low-cost manufacturing hub which produces aerostructures has been in operation since 2014 and was expected to employ 850 workers by 2020.

“Our sites in Belfast and Morocco have seen a significant increase in work from other global customers in recent years. There are no new workforce announcements as a result of this decision, but we will continue to drive on-going transformation initiatives to improve productivity and work with potential buyers to take this successful and ambitious business forward.”

Morocco’s aerospace industry employs 16,700 people and exported 1.43 billion in 2018, up 13.8 % in comparison to the previous year, according to official figures.

The sale could also have a direct impact on a combined total (workers and suppliers) of 12,000 jobs in the Northern Ireland economy.

However, Moroccan Industry Minister Moulay Hafid Elalamy says he sees no cause for alarm.

“It is just a handover. Morocco is the backbone of Bombardier’s development. Its facility is one of the most competitive and the objective set by the firm is to develop this part,” he says.

The Canadian firm has already sold controlling stakes in its C-Series narrow body airliner to Airbus in July, 2018, leaving the CRJ regional jet as the only remaining commercial aircraft program for Bombardier aerospace. It also sold its business aircraft-training unit to CAE for $645million last year.

Addressing the implications for Morocco’s aerospace sector, Morocco’s Head of Government, El Othmani points out that Bombardier’s failure to make the most of its Moroccan venture should not be seen as proof of non-profitability in the country- citing a strategic reassessment of the company’s investments as opposed to a complete withdrawal.

“Morocco’s aeronautical sector is booming, and a number of aerospace giants have already shown interest in acquiring Bombardier Morocco,” he adds.