An Enduring Evolution: The Ambitious Growth Of Morocco's Attijariwafa Bank 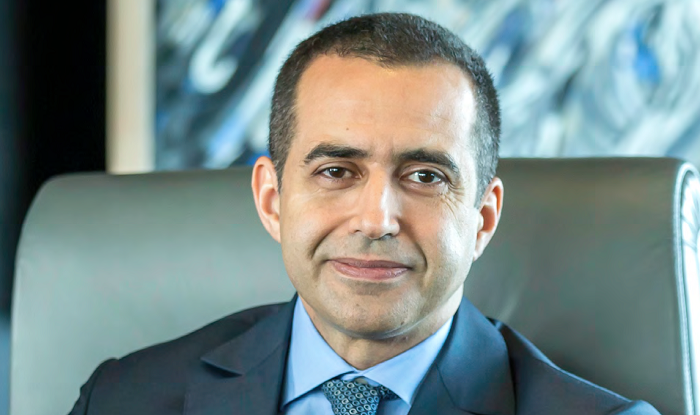 Ismail Douiri, co-CEO of Attijariwafa Bank, is a numbers man. In the calm, statesmanly tone of someone accustomed to addressing investors and boards of directors, Douiri offers growth figures and risk projections, and ticks off key strategy points in order of importance.

Many of Douiri’s figures support the evolution of Attijariwafa from a local Moroccan bank, born from the 2004 merger of Wafabank and Banque Commerciale du Maroc, to a regional financial power-player known for it’s successful acquisitions, primarily across Francophone Africa.

Today Attijariwafa Group and its subsidiaries boast total assets of $43 billion, are present in more than 25 countries, employ more than 17,000 people and serve 8.4 million customers. 48% owned by the Moroccan Royal Family holding, SNI, Attijariwafa is the seventh largest bank in Africa.

Quizzed about this, Douiri smiles. “I think numbers are important,” he says with a data driven flourish perhaps learned in his time as a Harvard Business School student. But after a slight pause he reconsiders.

“Before we get to the figures we look at the needs… The needs are not figure oriented. It’s about the basic needs of an emerging middle class. Its about buying a first car…Because we have a significant retail component, its about the lives of people,” he says.

That delicate balance between the qualitative and the quantitative has come to the fore of Attiwarijafa’s strategy this year. In early May, Attijariwafa completed the largest acquisition in the bank’s history—the purchase of Barclays’ Egyptian operations. While neither side disclosed the value of the sale, reports suggest a ballpark figure of $400 million.

Egypt is the fourteenth and perhaps most promising African market where Attijariwafa currently holds assets. While the bank’s Egyptian operations comprise just 3% of the bank’s balance sheet, it accounts for a considerable amount of Attijariwafa’s income.

“It’s a small amount of our exposure but it’s highly profitable. It represents 10-12% of our consolidated net income and it is expected to be a little bit more volatile,” Douiri explains.

This is not the bank’s first attempt to penetrate the Egyptian market. It has made three prior bids to acquire banks in the country. This time, Attijariwafa came out on top, in part because there was “less competition, especially from gulf banks who may have different perceptions about risks and returns and, consequently, a different approach to valuations.”

Perhaps more importantly, however, this deal was simply the right fit. “We really wanted this asset because it is perfectly adapted to our strategy.”

While Attijariwafa stands to earn substantial long-run profits from the acquisition if all goes to plan, Douiri says the bank will build on its experience to fill gaps in the Egyptian financial sector.

“We have specific skills in areas that are important for Egypt—important for its central bank too. Those are SME banking and retail banking in general, including low income banking and immigrant banking.”

And here the qualitative comes into play. The Egyptian Central Bank requires banks to designate 20% of their loans to SMEs—a fact which Attijariwafa “will try to turn into a competitive advantage instead of being just driven by that volume target,” Douiri says.

Douiri gets excited when discussing SMEs. His measured CEO-speak picks up to a timbre animated by the pride of meaningful work. Attijariwafa has distinguished itself in the industry as a bank that works closely with SMEs.

While there is certainly an aspect of corporate social responsibility (The bank’s commitments to SMEs are highlighted prominently in their CSR report) there is a more organic quality to Attijariwafa’s interest in the sector.

“It is really the result of our history as a Moroccan bank,” he says. “We grew in this historic context, and we developed a deep understanding of the way an SME works, from the way they report their financials to how they pay their taxes and what they need to finance their growth.”

Douiri doesn’t boast about the group’s work with SMEs. He doesn’t mention that the bank was a finalist for an SME Finance Innovation award in 2014 from Europe’s leading development financing institutions.

He does, however, outline a program designed to offer small loans, on the order of 10,000 euros, to very small businesses without any financials. Instead of condemning these entrepreneurs to remaining at the margins of formal banking, Attijariwafa relies on non-traditional financial analysis, one skewed toward qualitative data and payments history, to evaluate loan eligibility.

Douri said Attijariwafa hopes to replicate this program in Egypt where the informal economy accounts for 37-68% of the country’s GDP, according to the African Development Bank.

The negotiations for the Egyptian deal were grueling and time consuming, and Douiri admitted that his family breathed a sigh of relief when they were completed. “They saw how much work there was and how much stress there was.”

Their enthusiasm was short-lived, however: Attijariwafa’s foothold in Africa’s third largest economy will require frequent travel on Douri’s part.

While the acquisition may come at the expense of frequent family dinners at the Douiri household, analysts say the deal was a wise move for the bank, which has to date primarily focused on acquiring assets across smaller markets in francophone Africa like Tunisia, Senegal and Cote d’Ivoire.

Attijariwafa “went from a north African player to an African player and now becomes a Middle East player by positioning itself in Egypt, one of the largest banking markets in Africa,” says Mounia Bendraoui, a junior associate at research firm Infomineo.

William C. Fellows, a managing principle at LixCap Advisory and Capital, says that while the acquisition lies squarely beyond the scale and challenge posed by Attijariwafa’s acquisitions to date, the bank’s ability to capitalize on the value of mid-market clients will likely serve it well in the Egyptian market.

Whereas large European banks are often uncomfortable financing enterprises in the financial “grey zone,” or semi-formalized economy where SMEs in Egypt and the Maghreb tend to operate, Fellows says that Attijariwafa has developed experience in this market, which it can apply to the new acquisition.

“I think what they are bringing is an understanding of how to work with these new banking tools in a less formal space,” he says.

Investing in innovative banking tools targeted toward the middle-income sector, including products like easy remittance transfers and rechargeable, prepaid bank cards, has become a hallmark of the company.

Historically, however, Attijariwafa has not been a sector leader in digital offerings. It is hoping to change that, and a recent push towards investment in digital innovation and entrepreneurship is already underway.

Sector analysts have taken note. “They are making huge efforts in terms of launching international innovation programs. In this they are indeed taking the lead compared to other banks,” said Bendraoui of Infomineo.

Case in point is the new Smart Up campaign, launched in early May. An “open innovation” competition-come-Hackathon, the initiative challenged young entrepreneurs and problem solvers to develop digital platforms that will improve Attijariwafa’s internal operations or solve challenges faced by the bank’s clients.

It’s a win-win program, according to Mehdi Alaoui, the founder of ScreenDy, a Moroccan start-up that has partnered with Attijariwafa for the initiative. “This is a big opportunity for both youth and Attijari,” he says.

“The youth have ideas and they need people who believe in them. Attijari is a big corporate [company] and it needs to think out of the box.”

Imane Belmaati, the head of entrepreneurship and development at Attijariwafa, said that more than 1,000 applications had been received for the Hackathon, which took place over three days simultaneously in five cities: Tunis, Casablanca, Dakar, Abdijan and Paris.

The winning ideas will be further incubated at Attijariwafa and possibly scaled for commercial use. The program will run annually, Belmaati says, and represents both an investment in expanding entrepreneurial eco-systems across the region and in developing Attijariwafa’s own digital products.

It’s good business, at the human level and for the bottom line.

Whether it’s entering challenging new markets, developing channels to help small businesses get off the ground, or launching programs to support young talent, Douiri has enjoyed watching the bank affect social change as it grows.