Zoom Gets Into Hardware (Sort Of) By Backing Neat, An Oslo Startup Targeting Its Customers 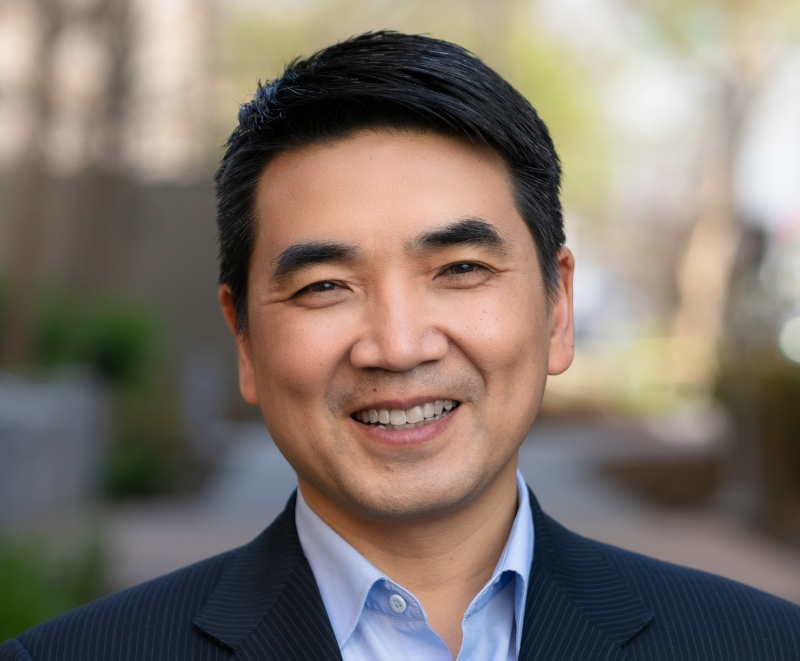 Zoom CEO Eric Yuan built a video conferencing juggernaut used for more than 5 billion meeting-minutes a month—and carrying a market capitalization of about $19 billion—by focusing on doing one thing better than the competition: software. Now, through an investment in a new startup called Neat, Zoom’s dipping its toes in the side of the business it has long kept at a distance—hardware.

Zoom announced on Tuesday at its user conference that it had invested in Neat, an Oslo-based startup founded in early 2019 that makes hardware solutions to complement Zoom’s cloud-based meetings. Neat has about 50 employees, the startup says, and has raised $20 million overall. Zoom declined to disclose how much it had invested, but both companies say it did not take a controlling stake.

Neat comes from a team led by OJ Winge, who formerly led the collaboration business unit at Cisco in charge of WebEx. Winge previously helped sell two businesses to Cisco: Acano, an online meetings startup acquired in 2016 at which he served as CEO, and Tandberg, a teleconferencing company acquired in 2010, where Winge was an executive vice president. In an interview, Winge said he met the Neat team at the beginning of 2019. He’d already been in touch with Yuan, whom he’d known from their shared Cisco backgrounds, about hardware possibilities. “Eric almost tempted me to get back to this industry,” says Winge. “Watching what Eric was doing with Zoom, democratizing video in a way that had never been done before, was very inspiring from the sideline.”

Winge and longtime business partner Fredrik Halvorsen, Tandberg’s former CEO, invested in Neat through a financial firm they operate, Ubon Partners, and Winge joined as chairman. Neat’s plan for the foreseeable future is to sell exclusively to the Zoom customer base as an out-of-the-box solution for running Zoom meetings in conference rooms. Its solution to work with existing screens like televisions, Neat Bar, is now available for preorder at $2,500. A second product, Neat Board, including its own screen, hasn’t yet settled on pricing and will be available for preorder in January 2020.

For Zoom, the investment in Neat raises the question of why Zoom would change its longtime strategy of remaining fully hands-off and device-agnostic in its relationship with hardware. Until now, Zoom customers have only used true third-party vendors such as Dell and Logitech. “Zoom is the Switzerland of your communications platform,” says Bernstein analyst Zane Chrane. By investing in Neat—and maintaining an option for Yuan to take a board director seat in the future—Zoom has committed resources and engineers to get involved in the manufacturing of hardware directly for the first time.

That comes with risk, warns analyst Dan Romanoff at Morningstar. “Show me a hardware company that earns better margins than a software company. You can’t,” he says. Zoom’s level of commitment—undisclosed, but less than $20 million, given that represents all of Neat’s funding overall—can be taken as a “flyer” for now. But were that commitment to grow, Zoom’s profit margins would bear the brunt of the additional spend. “If [Zoom ends up investing] $250 million, there’d be a lot of hands going up and asking questions,” he says.

In an interview, Yuan says that Zoom’s investment is more about signaling its commitment and good intentions than a desire to eventually own the hardware itself. “We know customers need the best hardware and software combination, but that’s not our strength,” Yuan says. By supporting Neat as a stand-alone business, Neat can move faster and spend more on research and development, Yuan says. Another benefit: With the higher financial upside of a startup to dangle, Neat can attract higher-quality employees than it might were it part of a large business, Winge says.

At Five9, a San Ramon, California-based call-center startup, employees have been testing a Neat device in one conference room that CEO Rowan Trollope says has become the most popular in the office because of the ease of Neat’s on-screen meeting controls. Trollope’s not unbiased—he’s a former Cisco colleague of Winge’s and a personal investor in Neat—but he says that Five9 has operated every one of the major video-conferencing tools as part of its testing, and that a Zoom and Neat combination is the closest the industry has experienced to an iPod-launch-like moment. “If Apple decided to build a conference system for the world, this is what they’d build,” Trollope says.

Yuan compares Zoom’s potential with Neat to a different Apple product blending hardware and software, the iPhone, and the relationship between Zoom and Neat to Google, with its Android software, and how it partners with hardware makers like Samsung (confusing the comparison: Google also makes its own phones). Both executives trot out a 2018 statistic from Frost & Sullivan, that less than 5% of global conference rooms were video-enabled at the time, as proof of the market opportunity.

To Romanoff, the analyst, the move could be more about Zoom’s effort to better monetize small business customers. He notes that Zoom reported during its September earnings call that 466 customers spent at least $100,000 on Zoom in the previous 12 months, while Zoom counts more than 66,000 customers with at least 10 employees. “There’s a giant chasm of paid vs. unpaid,” he says. That represents up-sell opportunity for Zoom—and likely a large number of businesses with smaller budgets that could benefit from a relatively cheap offering like Neat. (Winge says Neat can be plugged in right out of the box, no IT support required.)

Shares of Zoom were down 1.5% in afternoon trading on the first day of its user conference on Tuesday. While still trading at nearly double its April IPO list price and above its closing first-day price of $62, shares are still trading down a quarter off their peak value of $107.34 from June.

For an in-depth look at Yuan and Zoom’s rapid journey to IPO, check Forbes’ print feature from April 2019, Zoom, Zoom, Zoom! The Exclusive Inside Story Of The New Billionaire Behind Tech’s Hottest IPO.