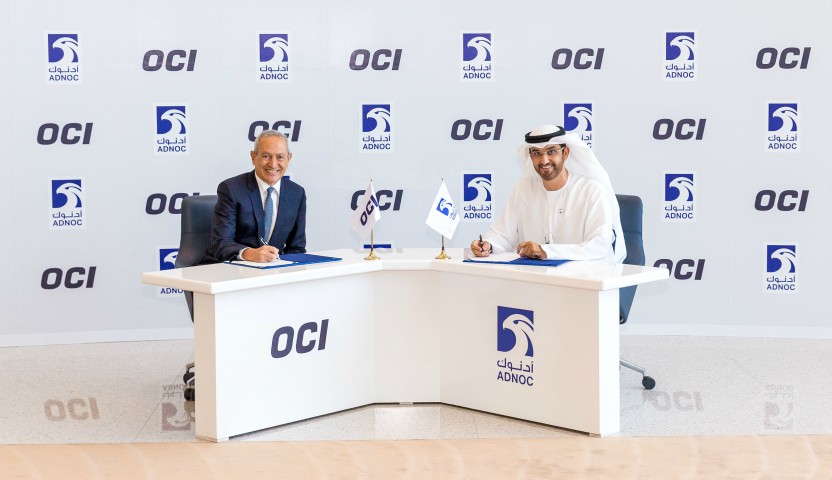 The Netherlands-headquartered OCI, owned by billionaire Nassef Sawiris, has signed a deal with Adnoc to form a joint venture to create the world’s largest fertilizer exporter.

The deal will combine Adnoc’s fertilizer business with OCI’s Middle East and North Africa nitrogen fertilizer platform to create an entity that would have the capability to produce five million tons of urea and 1.5 million tons of sellable ammonia.

Annual revenues for the combined entity are $1.74 billion, based on 2018 pro forma figures. Adnoc and OCI will own a 42% and 58% stake in the JV respectively, a statement said.

The JV will allow both companies greater market access, which will help it secure more market share. The partnership would also be supported by a strong storage and distribution infrastructure, with access to key ports on the Mediterranean, Red Sea and the Arabian Gulf.

OCI’s global production capacity is around 14 million metric tons per year of nitrogen fertilizers, methanol, diesel exhaust fluid and other products for agricultural and industrial customers.

OCI’s MENA facilities, which include Egyptian Fertilizer Company, a 60% stake in Egypt Basic Industries Corporation, a 51% stake in Sorfert in Algeria and a global trading platform based in the UAE, can produce up to 3.2 million tons of ammonia and 2.9 million tons of urea annually.

Based out of Abu Dhabi Global Market, the JV will have six members from OCI and four from Adnoc with Sawiris assuming the role of the CEO of the new entity.

Adnoc Group CEO and UAE Minister of State Dr Sultan Ahmed Al Jaber said that the partnership would “improve the profitability and cash flow of our fertilizer portfolio” while furthering its plan to attract investors to Ruwais – home to some of UAE’s gas resources.

The move also comes as Adnoc pushes into downstream – a segment that deals with the chemicals and refining part of the business- as part of its diversification drive. The group, last year, took a 33% stake in a fertilizer plant by Total.