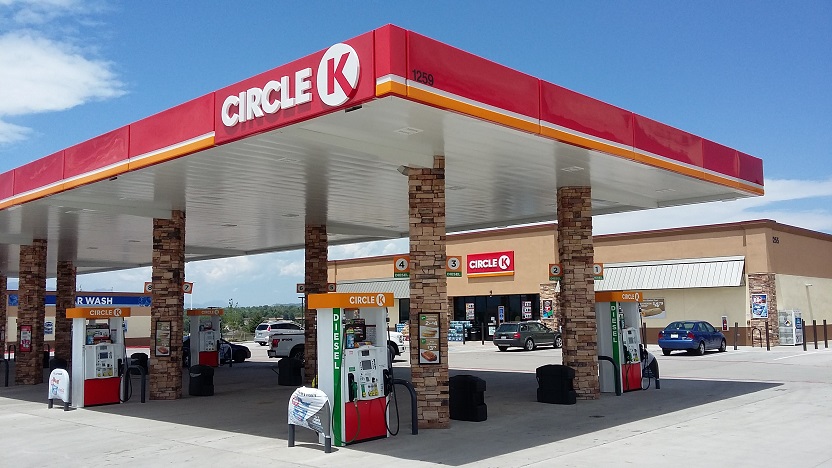 With Canadian convenience store chain Couche-Tard’s stock trading at all-time highs, cofounder and former chief financial officer Richard Fortin joins the ranks of the world’s billionaires. His Couche-Tard shares, along with smaller public holdings and the cash he’s netted from share sales and dividends, have pumped his estimated net worth up just over $1 billion.

Still on the board of Couche-Tard, which owns the popular Circle K chain, Fortin is the third person to become a billionaire courtesy of the convenience store chain, which has operations in Canada, the U.S. and Europe. Chairman and retired CEO Alain Bouchard (net worth: $3.8 billion) has been on Forbes’ list of the World’s Billionaires since 2013, and fellow cofounder and board member Jacques D'Amours ($1.9 billion) joined the ranks in 2015.

Shares of Couche-Tard, which announced on March 19 that earnings in the most recent quarter rose 26.9%, ended the day Thursday on the Toronto Stock Exchange at CAD$78.55 ($58.49 USD), up more than 35% in the past year. Worldwide, the company had over $50 billion in revenue and $1.7 billion in net earnings in fiscal year 2018, which ended last April.

Analysts say the stock has been undervalued: Couche-Tard runs nearly 8,700 gas stations, and fears surrounding the rise of electric vehicles led to a conservative valuation. But EV’s are not yet dominating the roads, and its strong same-store merchandise sales performance (up 4.9% in Canada and 4.5% in the U.S. last quarter) is helping alleviate investors’ concerns.

“Gas is not the main driver at the convenience stores anymore,” says Martin Landry, a managing director at Toronto equity research firm GMP Securities. “The average person will probably go to get gas once a week, but people will go otherwise two to three times a week, so emphasis on EV was overblown.”

Analysts say a standout product among those store-goers is tobacco products, particularly e-cigarettes like Juul. CIBC analyst Mark Petrie, who rates the stock as an “outperformer,” points out that tobacco sales are up 6% year-over-year. In a recent analysis of Couche-Tard, Petrie writes, “While the company does face some downside risk from restrictions on sales of flavoured e-cigarettes, changing preferences and substitution to other flavours should soften the blow and allow tobacco to continue as a growth engine.”

Still, acquisitions add potentially the most fuel to Couche-Tard’s valuation. Lasrie points to the successful integration of Holiday, a 500-plus store U.S. convenience store chain that Couche-Tard scooped up in December 2017 for $1.6 billion, as a feather in the company’s cap—one of many, according to Landry.

“Their acquisition platform is unrivaled,” he says. “They’re able to increase the EBITDA of the companies they acquire by 30% to 50% using sourcing synergies and cost reductions. I have no other companies in my coverage universe that come near that.”

Acquisitions have been at the core of the chain’s strategy since the beginning, with Fortin keeping new brands’ bottom lines in order. After working in the finance industry for 13 years, including a stint as VP at a Canadian subsidiary of Société Générale, Fortin helped launch Couche-Tard in 1984. The company then acquired 11 stores in 1985 and spent the next 15 years swallowing up competitors; by the turn of the century, the company had become a Canadian mainstay, with over 1,600 stores and more than 11,000 employees.

In 2001, Couche-Tard acquired U.S. Midwest chain Bigfoot, entering the American market for the first time. Today, Couche-Tard owns nearly 7,800 stores in the U.S. under the Circle K, Corner Store, Kangaroo Express and Holiday brands. Fortin rotated through several executive positions, including CFO and chairman of the board.

“[Fortin has] been instrumental to bringing the company to where it is today,” says GMP Securities’ Landry. “He brought this local story to a national platform, then to an international platform.”

Fortin owns about 12% of Couche-Tard’s Class A shares, which are the main voting shares of the company. Two fellow cofounders, billionaires Bouchard and D’Amours, own 44% and 24%, respectively. Réal Plourde, the only cofounder who is not a billionaire, holds 5% of the Class A shares a 1% of its Class B shares, which hold a tenth of the voting power.

Fortin, a golf and fishing enthusiast, was not available for comment about his new billionaire status. His other holdings include stakes in Canadian packaging and publishing company Transcontinental and the National Bank of Canada; he’s served on the boards of both firms. Fortin also shifted a bit more than 240,000 Class B Couche-Tard shares (currently worth about $14 million) to his charitable foundation, Fondation Lise et Richard Fortin, whose causes include assistance for the elderly and services for children who are survivors of sexual assault.