A Rare Find In Silicon Valley: A New Woman Billionaire In Tech 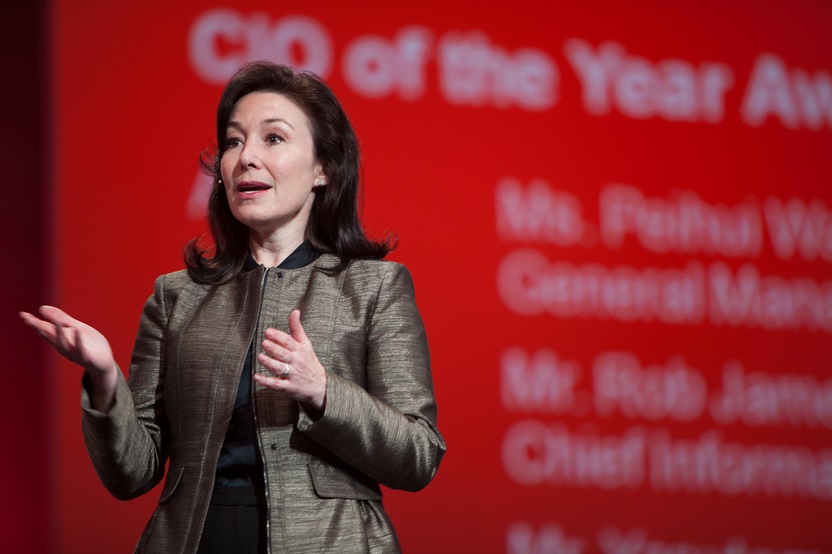 Safra Catz, the media-averse and once reluctant co-CEO of software behemoth Oracle, debuts on Forbes’ definitive ranking of the wealthiest people on earth with a net worth of $1 billion. Though she owns less than 1% of the company, her option grants — which form the majority of her fortune — have pushed her to the top 1% of the world.

In 2017, Catz received $135 million in total realized pay, according to the company’s latest proxy, making her one of the world’s highest paid female executives. She is one of only 61 self-made female billionaires in the world who make up less than 3% of the billionaires on the list. Another 182 women among the world’s richest inherited their fortunes.

Catz keeps her personal life under guard and rarely speaks to the press (she did not respond to requests for comment for this story). In a rare interview with Forbes in 2006, Catz did not share any personal details nor her ambitions; her only admission was that she did not want to be CEO of the software giant. Oracle cofounder and fellow billionaire Larry Ellison, meanwhile, expounded further to Forbes on Catz’s aversion to the spotlight: “She’s seen what fame and fortune bring, and she’s not impressed,” he said. Catz, who is reportedly married to writer and stay-at-home dad Gal Tirosh, told Fortune in 2000 that her success is due in part to her husband’s flexibility in helping care for their two children. And in her last two decades in Silicon Valley, Catz has built her reputation quietly behind the scenes at Oracle, becoming one of Ellison’s most trusted aides while getting very rich in the process.

The Israeli-born Catz graduated from the Wharton School at University of Pennsylvania in 1983, and went on to get a law degree at the same institution in 1986. She worked in finance for 14 years, covering the software industry and becoming managing director at investment banking group Donaldson, Lufkin & Jenrette in her last three years on Wall Street before jumping ship to Oracle in 1999 as a senior vice president. She was personally recruited by Ellison.

Catz is credited with leading Oracle’s aggressive acquisition strategy since the turn of the millennium, spending over $60 billion to execute more than 130 buyouts, including two of the largest hostile takeovers in tech history. In June 2003, Oracle began its 18-month pursuit of its then-competitor PeopleSoft, despite objections from PeopleSoft’s board and the U.S. Department of Justice (for antitrust issues). The deal finally closed in January 2005. Oracle paid $11 billion for PeopleSoft, more than double its original unsolicited bid.

Three years later in April 2008, Oracle acquired BEA Systems for $8.5 billion to the glee of billionaire activist investor Carl Icahn who had been pressuring the company to sell itself for months. Catz, in a May 2018 commencement speech at Wharton, revealed she personally dealt with the billionaire investor, but details were mum. “I can’t really speak about [it] in open session,” she said to the graduating class of MBA students. “It would be unlady-like.”

In September 2014, Catz became co-CEO (with former HP CEO Mark Hurd) of Oracle when Ellison stepped down from the role. He remains executive chairman and CTO of the company. Catz has proven herself an aggressive dealmaker, but the tech executive offered pieces of advice in her Wharton commencement speech that may help explain why Ellison chose her to be his successor.

The first is, perhaps, an unsurprising one: “The press is not your friend,” Catz said. “The number of executives who actually believe they have friends in the press always amazes me.”

Though it is well known that she prefers to work behind the scenes, Catz has found herself in headlines in recent years due to her rising political prominence. In December 2016, Catz met with President Donald Trump at Trump Tower with a group of tech executives, and joined his transition team. An Oracle executive resigned in protest. Then in April 2018, Bloomberg reported that Catz complained to President Trump at a private dinner, criticizing a bidding process for a government cloud computing contract that seemed tailor-made for Amazon to win.

As for what’s next for Catz, artificial intelligence is top of mind for the billionaire executive. In November 2018, Catz was appointed to the National Security Commission on Artificial Intelligence, a new panel created specifically to address concerns of competitor countries surpassing the United States in A.I. technology. Other tech executives appointed include billionaire Eric Schmidt, former executive chairman of Google’s parent company, Alphabet.

A few months prior to her appointment, Catz gave a keynote speech in Paris in April at Station F, the world’s largest startup facility. In her speech, she declared today the dawn of true A.I. She made it clear that in her eyes, the companies that will continue to succeed are the ones that can harness user data to create machines that can detect and solve problems before issues arise. “A.I. is no longer a thing in itself,” she said. “The real power of A.I. is having it a piece of everything we do.”

Mark Zuckerberg Wants To Launch A New Social Platform By 2030