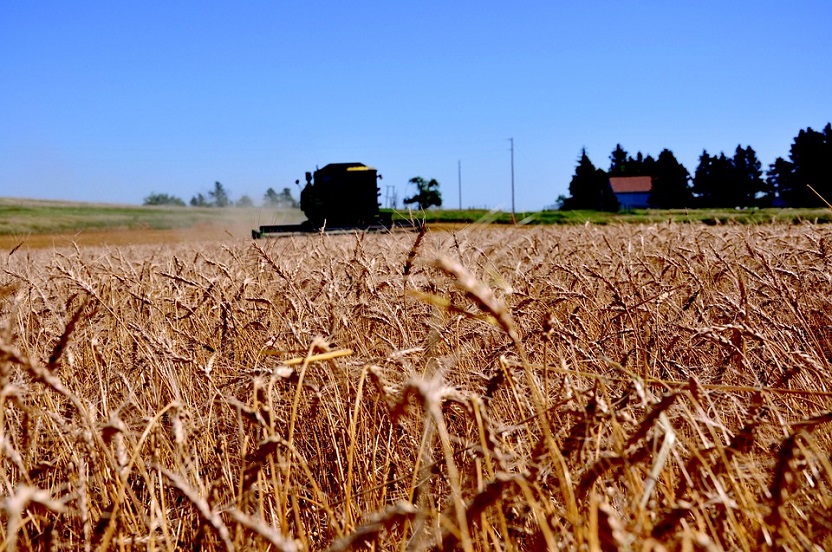 “Obviously we wouldn’t sell for that. ... I would say it’s very conservative,” he quipped.  Tharaldson, a former gym teacher from a 100-person town about an hour and a half west of Fargo, North Dakota, adds that his net worth is besides the point. “The money is not the factor. I work because I love what I do.”

Even if the valuation doesn’t match what Tharaldson thinks he’s worth, it’s still a Midwest milestone. Thirty-seven years after Tharaldson bought his first Super 8 motel in 1982, the hotelier ranks as a billionaire, making him the first and only one in North Dakota. Forbes estimates that 40% of his wealth is still tied to hotels, mostly extended-stay properties like Staybridge Suites. The rest of his diversified empire comes from developable land, groundwater and, in his own state, an ethanol plant.

“He is a prototypical North Dakotan: humble, generous, hardworking, down to earth,” says Doug Burgum, the state’s Republican governor and himself a successful entrepreneur. “If you saw him walking on the street, you wouldn’t think of him differently than any other North Dakotan.”

Tharaldson has been a fixture of North Dakota business for decades. Now 73, he got his start teaching high school physical education and bookkeeping immediately after graduating from Valley City State University. He began moonlighting as an insurance salesman and, after realizing he could make more money in that industry, he quit his other jobs and got into insurance full-time at age 24.

That’s also around the time Tharaldson first dabbled in real estate. To lower his taxes, he opted to invest some of his earnings in motels. By his early 40s, he owned 16 small properties.

When tax policy changed in the 1980s, eliminating most of the tax benefits of hotel investing, Tharaldson doubled down, working with local banks in small towns to build new low-cost, no-frill motels at a time when others were getting out. Instead of the industry-average 100 rooms, Tharaldson’s hotels opted for 60. He started his own construction company to keep building prices down and would pay maids not by the hour, but by the number of rooms they cleaned.

When Forbes first profiled him in 1997, Tharaldson, then worth an estimated $500 million, explained why he thought his strategy would work: “Everybody likes to stay in fresh and new products.” He spent the next couple decades innovating in hospitality, building a reputation as a master of cutting costs without hampering guest experience.

Hilton’s Senior Vice President Phil Cordell told Forbes in 2015 that Tharaldson was an early adaptor of the thrifty method of using wood frames instead of poured-concrete construction. Another one of Tharaldson’s biggest cost-cutting hacks: putting laundry rooms behind motels’ front desks so clerks could fold clothes in quieter parts of the night.

In 2006, Tharaldson sold 130 hotels to Goldman Sachs for $1.2 billion. With those proceeds Tharaldson decided to diversify, investing $280 million to open an ethanol plant in Casselton, North Dakota, in 2008.  It’s been an up-and-down decade since. With ethanol prices down almost 50% since their highest point from 2008, Forbes estimates that the business is worth less than half of Tharaldson’s initial investment.

Still, at least one person sees his investments as a positive.  “He’s buying corn from thousands of farmers in North Dakota,” says Governor Burgum, a businessman who’s known Tharaldson for years. “When you build an ethanol plant that can consume that much corn, that raises the value of corn in North Dakota, and that puts more money in our farmers’ pockets.”

Tharaldson also picked up land in Nevada, Colorado and Texas, and bought a 13,000-acre aquifer in Arizona, which insiders say could skyrocket in value if he gets a big water-extraction contract.

But he couldn’t keep away from hotels; since he sold out in 2006, Tharaldson has been constructing a second hotel empire. He is now back up to 49 properties, over two thirds of which are extended-stay joints. The sector is hot: Nightly need for extended stay hotels is up 6.3% over the last year, per a report from real estate advisory firm Newmark Knight Frank.  And while some of his hotels are in big cities like Denver and Austin, he continues to look for spots in what he calls “underbuilt” markets, like Bridewater, New Jersey and Newark, California.

“I go where the business climate is not very friendly to you, because if you get them built, then they produce really well for a long time,” he explains. “This is more of a grind ’em out business.”

Outside of business, Tharaldson has worked to make an impact in his own state. The Gary Tharaldson School of Business opened at the University of Mary, located in the state’s capital city of Bismarck, in 2006.  The magnate is also in the National Softball Hall of Fame, and North Dakota State’s softball field is named after him. And he’s donating $2.3 million to the Dakota Medical Foundation to help advance its work in oxygen therapy.

With business as strong as it is, Tharaldson’s net worth doesn’t look likely to drop in the near future. But North Dakota could lose its richest resident to Las Vegas. Tharaldson, who says he loves Sin City and its mountains, has spent much of his time there in recent years. He has an office in Las Vegas, plus seven hotels and two real estate development projects. In what he says was a departure from his modest lifestyle, the small-town product splurged for a 45th-floor hotel condo in 2016 in the Waldorf Astoria on the strip, just a block from the Bellagio. Tharaldson says he and his wife may move permanently to Las Vegas after their youngest son graduates high school in two years, and he doesn’t have a clue who would take the trophy of North Dakota’s richest.

No matter where he lives, Tharaldson doesn’t plan on quitting his companies any time soon. Even though two of his kids are involved in the business and some high-level managers have worked with him for years, the septuagenarian sees no reason to stop steering—and growing—his billion-dollar ship.

“I will never quit working,” he says. “I’ve got half-a-billion dollars’ worth of projects that are under construction right now, and another almost $900 million that are in the pipeline, so I have a little ways to go before I even think about retiring.”