Over Five Decades, This Entrepreneur Built A Defense Contractor That Made Him A Billionaire 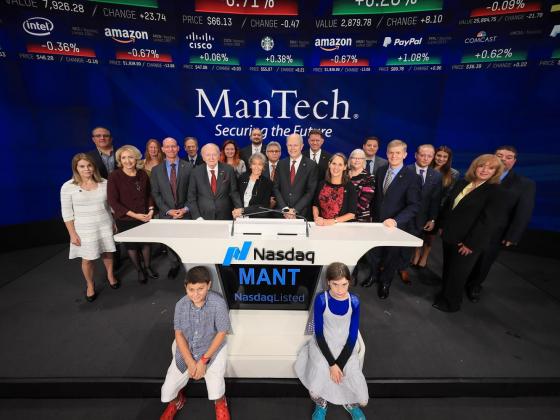 George Pedersen cofounded his firm ManTech International back in 1968 with a single contract with the U.S. Navy, reportedly to build war-gaming models for the submarining community. Now the defense and intelligence contractor has 8,700 employees and nearly $2 billion in annual revenue. After a recent run-up in the stock, Pedersen is now a billionaire thanks to his stake in the Nasdaq-listed company. The 84-year-old owns a third of the firm, which has a market capitalization of $3.1 billion.

ManTech’s nine-figure contracts run the gamut from cybersecurity solutions for the Department of Homeland Security to IT systems engineering for the U.S. Army. ManTech declined to comment for this article.

The share price of the Fairfax, Virginia-based company has risen nearly 30% since the beginning of 2019. Some of that is the result of posting better-than-expected third quarter earnings on October 30. ManTech reported earnings per share of $0.69, beating analyst expectations of $0.60, and revenue of $579 million, exceeding the consensus by $20 million. ManTech’s acquisition this spring of Kforce Government Solutions, which provides IT staffing services to federal agencies such as the Department of Veteran Affairs, has boosted earnings.

It’s been a good year for defense stocks overall. The S&P Aerospace & Defense Index is up 43% year to date, beating the S&P 500’s 24% increase. ManTech’s larger competitors such as Leidos and SAIC are also riding high, up 76% and 21% respectively. But ManTech has two notable advantages, says analyst Gautam Khanna of Cowen. “They don’t run with a lot of leverage in contrast to almost all their peers,” says Khanna of ManTech’s balance sheet. “While they have been acquisitive, they have also been very quick to delever, which gives them a lot of flexibility.”

ManTech also boasts strong relationships with intelligence agencies, cultivated over five decades. Its largest customer is the Department of Defense, which awarded ManTech a $959 million contract to manage and improve the security of one of its agencies’ IT systems last year. “A lot of the companies in the space would love to have a customer profile that mirrors theirs,” Khanna says. “It’s very hard to develop it.”

Pedersen, a Staten Island native, cofounded ManTech in 1968 with Franc Wertheimer, a German immigrant who was a mathematician by training. They had met in the 1950s while working together at Vitro Corp, a defense contractor. When the two men learned that Vitro Corp. was going to be sold, they created the business plan for ManTech; it entered the intelligence sector in the 1980s by buying a company from Raytheon for $1.25 million, according to a 2006 interview with Washington Technology.

After the September 11 terrorist attacks, Pedersen knew the company had to change direction and reportedly gathered 71 ManTech executives at an offsite summit, where they decided to sell their commercial businesses and refocus on defense and intelligence—as well as go public. “To be honest, I didn’t really want to do that, I never did,” he said in 2006. “But the logic was overwhelming. And it was really the right decision.”

Pedersen is well known in the intelligence community. He received the Patriots Award from the CIA Officers Memorial Foundation for his support of the organization two years ago. In late 2017, Pedersen stepped down as CEO after nearly fifty years at the helm; he still serves as chairman of ManTech.

“In time, I may give up the CEO title, but I will remain chairman of the board until the day I die,” he told Washington Technology more than a decade ago. “I love this business. I love what we do every day.”