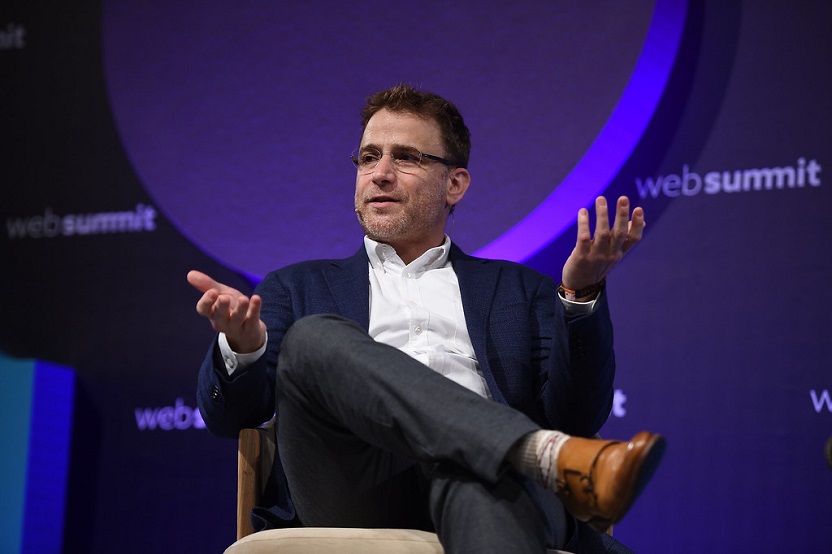 Slack’s unorthodox public debut gamble is paying off so far, as its stock surged in its market entrance Thursday.

Shares of the work-messaging company—trading under the aptly-named ticker symbol WORK—opened at $38.50, propelling it to a valuation of $23.2 billion, according to the Wall Street Journal. The opening price is a sizable 48% jump on the $26 per share reference price set Wednesday afternoon. The reference price is different from the offering price seen in traditional initial public offerings. Instead, it serves as guidance for where to start bidding, based on how company shares have fared in the private market. From February 1 to May 30, Slack reported in a prospectus to the SEC that its stocks traded privately at a volume weighted average price per share of $26.38.

The opening bump in share price is also good news for CEO Stewart Butterfield, who grasped billionaire status when the company hit the public market. Since no additional shares are being issued, Butterfield’s estimated 7% stake in the company gives him a net worth of $1.6 billion.

Slack is the latest in a slew of tech companies that have gone public this year. Uber, Lyft, and Pinterest stumbled out of the gate, but enterprise video company Zoom has fared far better than expectations. However, all of those companies took a different path than Slack by going the usual IPO route.

In its entrance on the New York Stock Exchange, Slack became only the second large company, after music streaming giant Spotify, to carry out a direct listing instead of an IPO. A direct listing means that Slack isn’t issuing any new shares. Instead, current shareholders may trade their shares publicly. This method allows the company to save money by bypassing Wall Street underwriters. But, with no new shares, Slack isn’t raising any funds. The company has nearly $800 million in cash, per its most recent filing to the SEC.

Another caveat of using a direct listing is that Slack stockholders, including employees, are not blocked by lockups as they would normally be in an IPO. Typically, existing shareholders would have to wait 180 days before they can sell their stocks, but Slack’s direct listing involves no such restrictions. Looking forward, the company likely won’t see the post-lockup volatility of a normal IPO, said John Mullins, a London Business School associate professor.

“On day 181 [for an IPO], all those insiders want to start selling to turn that investment into liquidity,” Mullins said. “So at the time that the lock-up expires on a traditional IPO, there's a lot of selling pressure, and typically at that point the stock goes down unless there's something to offset that, like major growth or major new deals. Here, we don't have that risk.”

A successful debut in the vein of Spotify’s April 2018 entry could catalyze more companies to spurn IPOs as they contemplate the transition into the stock market. If Slack’s good performance is sustained, it could provide the assurance some unicorns need that Spotify’s direct listing success wasn’t simply an isolated incident. Still, Spotify and Slack boast two vital qualities many companies long for—name recognition and enough cash on hand.

One possible exception is Airbnb. The $31 billion travel company, which has gone back and forth on whether it will go public this year, might achieve some clarity on this decision after seeing how Slack’s stock market debut plays out. Even if a direct listing proves to be less volatile than an IPO, as investors are reportedly hoping is the case, the stock could end up far from its opening price. Last year, Spotify ended its first day 10% down from its opening price.