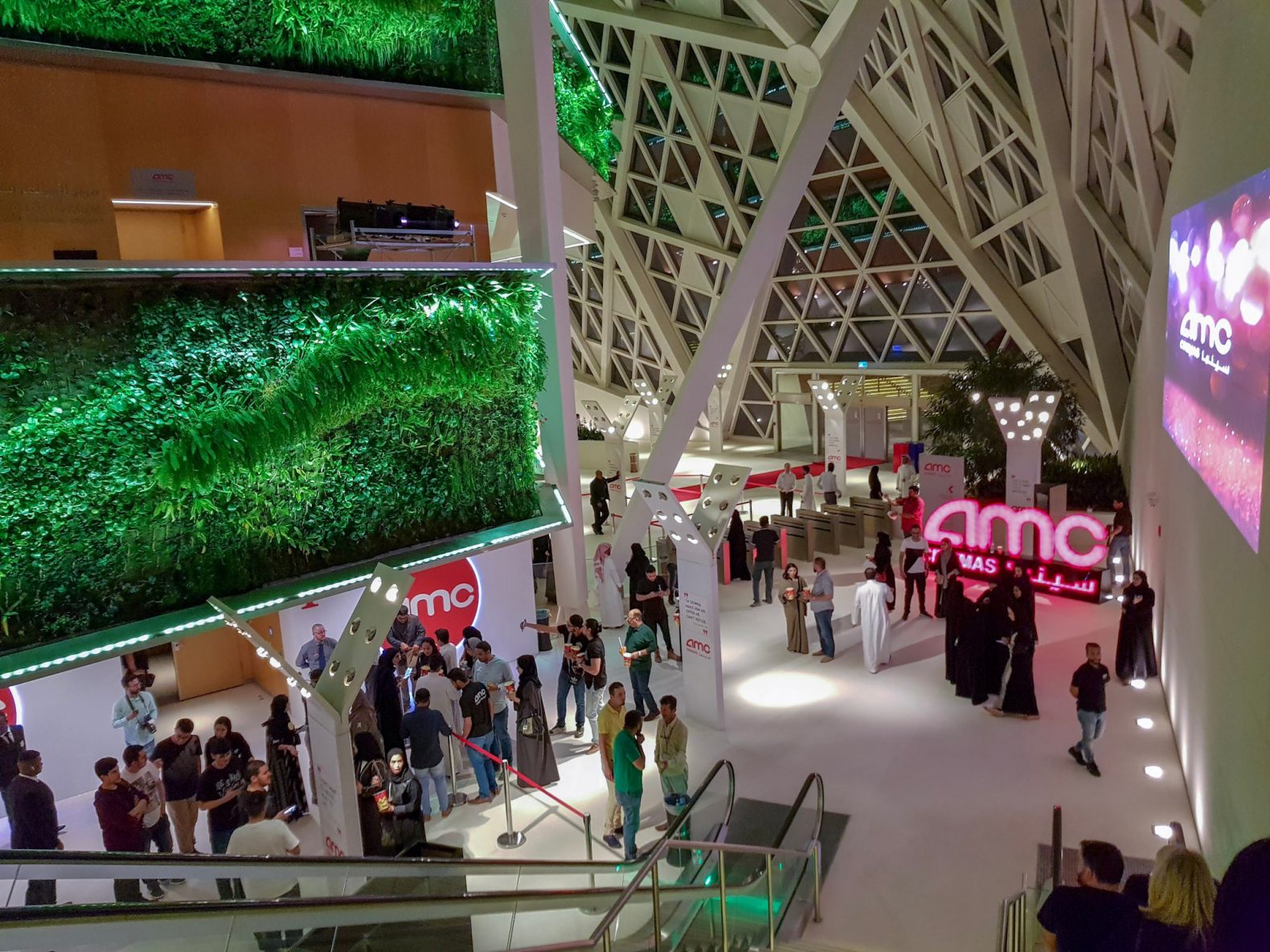 After a hiatus of 35 years, Saudi Arabia opened its first movie theatre to a full house as it screened the Marvel block buster Black Panther on April 18 in Riyadh.

Located in Riyadh’s King Abdullah Financial District, the Kingdom’s new cinema is operated by AMC Theatres. Tickets to the show were sold out in the first 15 minutes as cinemagoers flocked to the venue.

Reopening of cinemas comes as Saudi Arabia puts in motion a massive economic diversification drive that aims to reduce its dependence on petrodollars. Saudi Arabia lifted a three-decade old ban on public cinemas in December 2017 as part of the Vision 2030, allowing commercial cinemas to operate in the Kingdome.

Soon after the announcement U.S. cinema operator AMC Theatres partnered with Saudi Arabia’s Public Investment Fund (PIF) to open 30 to 40 cinemas in 15 cities in the next five years and 50 to 100 cinemas in total in about 25 cities by 2030.

Early this month the Ministry of Culture and Information announced that it had granted the first cinemas operating license in Saudi Arabia to AMC—abbreviation for American Multi-Cinema—the largest theatre chain in the U.S.

The entry of AMC into the Saudi market has also piqued the interest of other regional cinema operators who are looking to take a slice of the Kingdom’s sizeable entertainment market.

Dubai-based VOX Cinemas, a deeply entrenched player in the Middle East said on April 19, that it has obtained the license to begin operating cinemas in the Kingdom. The VOX Cinemas Riyadh Park with four screens will be the first multiplex in Saudi Arabia.

Owned by retail-giant Majid Al Futtaim, VOX Cinemas said it is investing over $540 million (SAR 2 billion) to open 600 screens in the next five years in Saudi Arabia. The distribution arm of Majid Al Futtaim Cinemas will also be exclusively distributing Fox content to all cinemas across the Kingdom in partnership with 20th Century Fox.

The Development and Investment Entertainment Company (DIEC), a wholly owned subsidiary of PIF, intends to invest up to $2.7 billion (SAR 10 billion) in entertainment projects across Saudi Arabia by 2030.