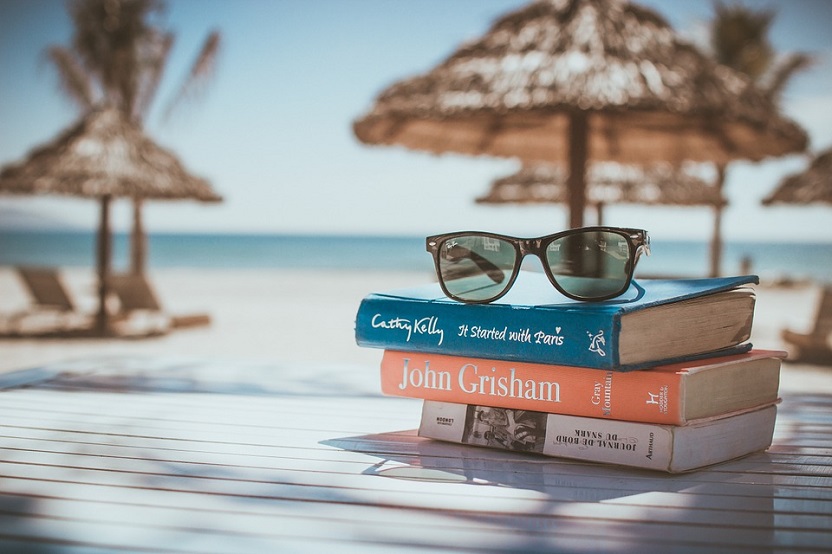 It’s holiday season in Europe and venture capitalists are carefully planning which books they want to get through while they’re away from the office.

We asked the partners and principals backing the tech giants of tomorrow what’s on their reading list and where they’re headed this summer.

Unsurprisingly, there’s clearly plenty of business books on the average VC’s bookshelf, but there’s also a few novels and the odd children's book here and there too (shout out to Seedcamp’s Reshma Sohoni, a mother of two, who’s currently working her way through Peppa Pig).

Ophelia Brown, founder and partner of Blossom Capital
Ophelia Brown, is a partner at Blossom Capital, which launched earlier this year with an $85 million fund. Before setting up her own fund, Brown worked at Index Ventures and LocalGlobe where she invested in companies like talent software firm Beamery and share trading app Robinhood. Brown was named by Forbes as a rising star in the inaugural Europe 30 Under 30 list.

Reading list: The Moment of Lift by Melinda Gates; Becoming by Michelle Obama; I am Malala by Malala Yousafzai.

Reading list: Thinking Fast and Slow by Daniel Kahneman; Solve for Happy by Mo Gawdat; The Courage to be Disliked by Ichiro Kishimi.

Martin Mignot, partner at Index Ventures
Martin Mignot is a partner at Index Ventures. He has invested in electric scooter firm Bird, lift-sharing service BlaBlaCar and food-delivery service Deliveroo. Mignot also serves on the board of car-sharing service Drivy and fintech app Revolut. Prior to becoming a VC, he was an analyst at UBS Investment Bank.

Megumi Ikeda, partner at GM Hearst Ventures Europe
Megumi Ikeda is the managing director and general manager of Hearst Ventures Europe. Based in London, Ikeda previously ran the European arm of the Peacock Equity Fund, GE Capital, and NBC Universal’s $250 million venture fund. Ikeda began her career as a journalist, writing for the Dow Jones in Tokyo before moving to Wired in San Francisco where she was international business manager.

Destination: A cabin on a tiny island off Norway (near Kragerø)

Reading list: Why We Sleep by Matthew Walker; Thinking in Bets by Annie Duke; Reboot by Jerry Colonna.

Mark Tluszcz, partner at Mangrove Capital
Mark was one of the first investors in Europe to feature in the Forbes Midas list after his early investment in Skype (bought by eBay for $2.6 billion in 2005). Other notable exits include Wix.com where he also now serves as chairman. He is a big believer in the power of stock options and has recently turned his attention to healthcare with investments including K Health, Flo Health and Happify.

Reading list: Range: Why Generalists Triumph In A Specialized World by David Epstein; Blowing The Bloody Doors Off by Michael Caine; Bad blood—Secrets And Lies In A Silicon Valley Startup by John Carreyrou.

Reading list: Who is Michael Ovitz? by Michael Ovitz; Optimum Nutrition For the Mind by Patrick Holford; Netflixed—The Epic Battle for America’s Eyeballs by Gina Keating.

Harry Stebbings, founder Stride VC
Forbes Under 30 list maker Harry Stebbings is the founder of Stride VC, which he set up with well-known investor Fred Destin, who has backed companies like property marketplace Zoopla and food delivery service Deliveroo. In addition to splashing the cash on plucky new upstarts, Stebbings also has a podcast called The Twenty Minute VC.

Reading list: Why We Sleep by Matthew Walker; The 15 Commitments of Conscious Leadership by Jim Dethmer and Diana Chapman; and How The Mind Works by Steven Pinker.

Carter Adamson, partner at Atomico
Although technically a resident of Brooklyn, Adamson still works for one of Europe’s biggest VC firms, Atomico, which was set up by Skype cofounder Niklas Zennström, who sold his company to eBay (and then Microsoft) for billions. Adamson, who used to work under Zennström at Atomico, also founded online music streaming service Rdio. He joined Atomico last month, and he’s in charge of sourcing U.S.-based investment opportunities.

Mattias Ljungman, founder of Moonfire Ventures
Mattias Ljungman has just left Atomico, which he cofounded in 2006 with Zennström, to launch his own seed fund called Moonfire Ventures. He currently sits on the boards of companies like employee engagement software firm Peakon, and fintech firm LendInvest, as well as several others.

Reading list: Reboot by Jerry Colonna; Secrets of Sand Hill Road Venture Capital and How to Get It by Scott Kupor; Dream Big by Cristiane Correa.

Reading list: Prayer for Owen Meany by John Irving; Range: Why Generalists Triumph in a Specialized World by David Epstein; The Power of Habit by Charles Duhigg; Drive Your Plow Over the Bones of the Dead by Olga Tokarczuk.

Destination: Surfing in California and Hawaii