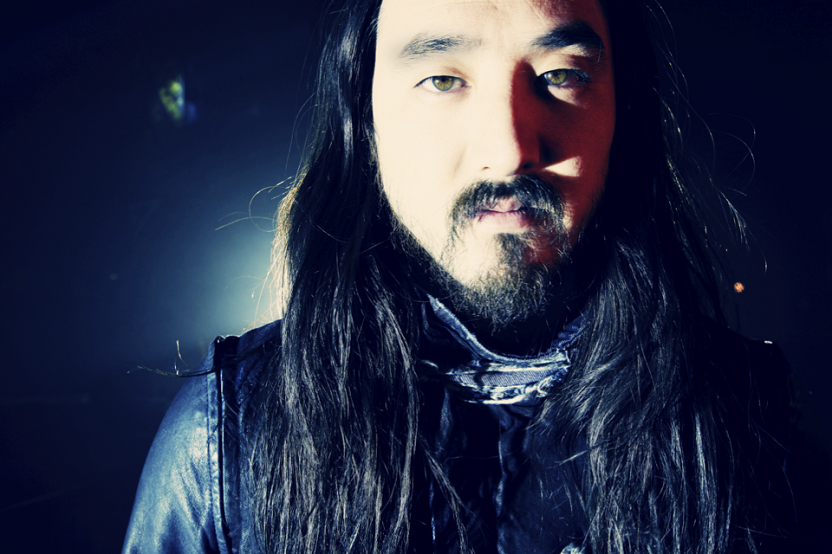 Deep inside a hilltop hideaway on the outskirts of Las Vegas, an elusive engine of perpetual motion thrums to a beat: not in mechanical form, but in the person of Steve Aoki. The 41-year-old DJ has just returned to his high-desert lair after a gig in Houston, one of 200-plus shows he’s played over the past year. Aoki celebrates being home by diving into a pit full of blue foam cubes in his basement for a moment—but only a moment—before heading back to his studio.

“As long as my train is moving and the momentum is going, I’m good,” Aoki says. “And because I know that, I don’t stop. Because the second I do this and I’m like, ‘I’m just going to chill,’ someone else is going to jump on my train and start driving.”

Thanks to his insatiable appetite for performing—as well as his music and fashion ventures, plus endorsements with Samsung, Diesel and the airline ANA—Aoki ranks No. 4 on Forbes’ annual list of highest-paid DJs, pulling in $30 million pretax over the past 12 months. He has built an empire on more than just cash earnings: Aoki’s realm includes the record label Dim Mak; a museum-level collection of art in his home, including works by Kaws and Banksy; investments in clothing (Vision Street Wear) and esports (Rogue); and stakes in companies from Uber to SpaceX.

As his career took off in the early aughts, Aoki found himself spending only 50 days a year at his $1.1 million, 3,000-square-foot-home in the Hollywood Hills. So at the end of 2013, around the time he inked a residency deal at Hakkasan in Las Vegas, he made the move to Sin City. Aoki bought his current, 16,000-square-foot mansion for $2.8 million in an all-cash short sale—though it would take more than that to complete his dream house.

“It wasn’t like a custom home where I could just step in and I’m like, ‘Okay, everything’s here, I don’t need to worry about anything.’ I was like, ‘Oh, I don’t have a choice, I have to, so let’s get crazy,’” he says—and he shelled out $5 million to remake the property to his exact specifications. Now? “It’s like my brain is this house.”

Welcome to Aoki’s Playhouse—welcome to his brain.

Long before he became an electronic cash king, Aoki spent a summer as a teenager peeling onions at Benihana in Dallas—his father, Rocky Aoki, founded the restaurant chain in 1964. Though the younger Aoki soon realized that his passion lay in music, his experience provided a valuable entrepreneurial foundation.

“You can’t just go from zero to 100 just because your dad owns the business. You’re going to ruin the whole business,” he says. “The very important lesson for me is that you have to have the discipline to learn all the different facets.”

When Aoki founded Dim Mak in 1996, he did exactly that, involving himself in everything from visiting vinyl pressing houses and negotiating with distributors to keeping the books and spending time in the studio with his artists. He went on to boost acts like the Kills and Bloc Party before releasing his solo debut, Wonderland, in 2012, just in time to catch the electronic dance music (EDM) wave as it washed across the United States.

“Before then, people were just going into these clubs, the DJ was hidden in the back corner,” Aoki recalls. “But when that shift happened where you went to the club to see the DJ … that was a critical change as far as bringing in other artists on the main stage.”

Steve Aoki’s very first job had nothing to do with Dim Mak or Benihana: as a 10-year-old he sold hats at a Southern California flea market on weekends. “I only worked there one day,” he says. “I was awful selling hats. [My boss] just was like, ‘Here’s 20 bucks—get out of here.’”

For his next gig, Aoki worked at a video game arcade—a passion that lingers to this day. A self-proclaimed Street Fighter junkie before graduating to three-dimensional games, Aoki was a founding partner of the esports team Rogue in 2016 before selling a chunk of his stake to industry giant ReKTGlobal last year (neither Aoki nor the company would discuss figures).

His investment also proved to be an incredible cheat code for new games that capture his attention. “I invite team Rogue over here so they can help beat very difficult bosses,” he says.

Rogue is one of many business ventures into which Aoki has plowed the fruits of his musical labor—$155 million before taxes over the past seven years, by Forbes’ estimate. He also boasts an expansive portfolio of startups and has poured additional resources into his clothing brand, which shares the name of his record label. Launched in 2014, Dim Mak is equal parts Los Angeles skater punk and high fashion, with a touch of kung fu tossed in: Its namesake is the signature move of Bruce Lee, a childhood hero of Aoki.

One of the first things you see when you walk into Aoki’s Playhouse is his giant Banksy installation: a python, perhaps a dozen feet long, that appears to have swallowed Mickey Mouse whole. The piece debuted at Banksy’s Dismaland, a dystopian theme park exhibition staged in the United Kingdom four years ago, before Aoki purchased it and brought it to his living room. It’s part of a vast collection that’s easily worth millions, though some pieces, like the two-headed monster mural by Los Angeles artist Neck Face isn’t exactly a liquid asset. No matter: “I’m not moving,” he says. “This is my home.”

Behind the Banksy in his living room, floor-to-ceiling windows open up onto a golf course far below—and beyond that, the shimmer of the Las Vegas skyline—which Aoki will soon soar over in a helicopter en route to his headlining set at Electric Daisy Carnival (EDC), the annual EDM festival attended by nearly 500,000 people this year. He’s still one of the biggest attractions in a lineup that includes dozens of DJs, including twentysomething stars like Alesso and Martin Garrix.

“Steve’s longevity is a function of being to adapt to changing tastes while broadening out his demos,” says Randy Phillips, chief of the EDM festival company LiveStyle. “He also has that star personality which resonates well in the age of social media.”

The morning after EDC, Aoki rolls into the convention center at Planet Hollywood on the Vegas Strip, right on time for a comic book signing. Never mind that he didn’t get home until well after three o’clock in the morning—and promptly went back into his studio to work on more music—there’s a bionic sort of energy to him. “I’m not sure how much sleep he’s on right now,” says his manager, Dougie Bohay. “But it’s not a lot.”

And he’s already focusing on his next big project—early next year, Aoki will release his next album, Neon Future IV.  Not that he needs the money.

“At the end of the day, besides having whatever I have in the bank or whatever great investments I’ve worked, the things I create and that I offer to people, that is where I feel the most appreciation about my purpose of life,” Aoki says. “I want to have the appreciation. I’m always yearning for it.”