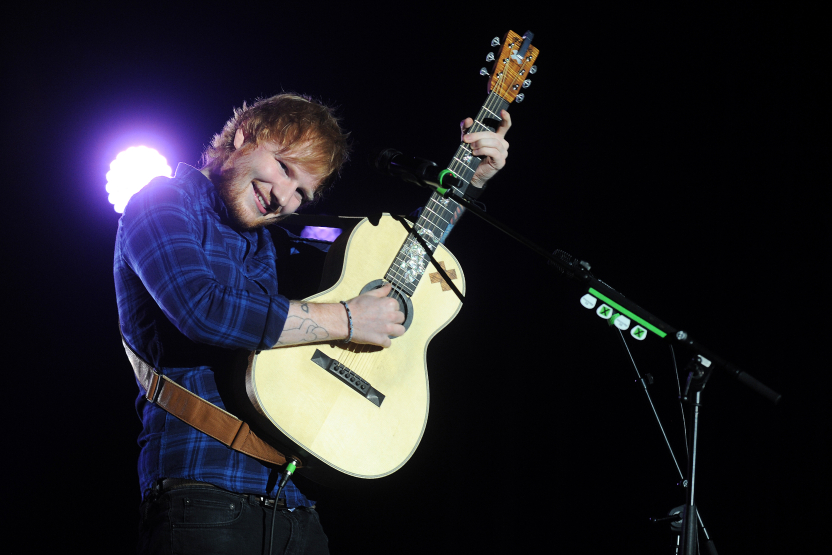 As the days dwindle in December, writers flood the internet with rankings of the year’s best music. While other outlets may debate albums like Kacey Musgraves’ Golden Hour, Pusha T’s Daytona and Janelle Monae’s Dirty Computer, none of those artists are even in the discussion when it comes to earnings, for better or worse (quite likely for worse, but that’s a different discussion). So which acts had the best 2018 when it comes to moneymaking? Let’s dive in and take a Forbesian look.

American hip-hop has asserted itself as the dominant genre in terms of consumption and cultural reach, so it may come as a surprise to some that the top-earning artists by our metrics are a trio of pop-rock acts from the British Isles. Ed Sheeran ranks third with pretax earnings of $110 million; Coldplay is second with $115.5 million; U2 claims the top spot with $118 million. All three acts toured heavily during our scoring period—showing that while streaming is finally starting to fulfill much of its early promise, touring is still the best way to make the most money. (It’s also worth noting that our scoring period doesn’t quite line up with the calendar year; more on that here.)

Though there aren’t any rappers among music’s top five earners, hip-hop has continued to shine from a financial perspective even if the genre has yet to produce a true solo stadium act. Nas had his biggest payday yet—$44 million—thanks to lucrative touring, endorsement deals and his early investment in Ring, the virtual-doorbell company Amazon bought for over $1 billion earlier this year. Kendrick Lamar pulled in a career-best $58 million from a heady combination of touring and streaming, while Meek Mill clocked $15 million and released his highly-anticipated Championships. “#1 album but still like #23 on the Forbes list,” Meek lamented on Twitter. “I gotta get on my grind Asap!!”

The aforementioned rappers are all over the age of 30, but the next generation is making a financial mark as well. Younger acts that racked up career-high earnings totals include Travis Scott ($21 million), Lil Uzi Vert ($19.5 million), Logic ($17 million) and Russ ($15 million). “I always hated it when people were like, ‘Oh you need to get realistic, go to school, go do this,’” said the latter, a recent 30 Under 30 honoree. “Just because it is a dream that hasn’t happened yet, just because there are no results to show, doesn’t mean it’s not realistic.”

A conversation of music’s moneymaking winners wouldn’t be complete without mentioning a few others. Jay-Z and Beyoncé released a joint album and toured together, pulling in $136.5 million, more than any solo act during our scoring period. Bruno Mars had his first $100 million year—and keptmore of it for himself than most artists do. Katy Perry and Taylor Swift each reached the $80 million threshold; the latter should be in for more heady earnings in the future after signing a massive new record deal with Universal. Luke Bryan and Calvin Harris led country and EDM with $52 million and $48 million, respectively.

In a period that’s seen the music industry’s outlook shift from gloomy to optimistic, it can be hart to find losers—and sometimes the distinction can be a relative one. Nicki Minaj released a No. 2 album, for instance, but failed to make our ever-more-exclusive list of hip-hop’s top earners for the first time since before her 2011 debut. Toby Keith earned $22 million, yet his earnings have slipped four years in a row, in part due to closings of his I Love This Bar And Grill locations.

Country’s top moneymakers generally pulled in a bit less than they did last year after several years of growth. So did EDM’s highest earners, a sign that the genre may have plateaued as well. One bright spot: Marshmello, who increased his earnings to $23 million this year and landed on the cover of Forbes. “For us it was, how do you create a brand that is accessible to everybody, that everyone can be and relate to?” explained his manager, Moe Shalizi.

One artist who fits that description to a large extent: Michael Jackson. The King of Pop continued his incredible postmortem run with another nine-figure payday, snagging $400 million thanks mostly to the sale of his stake in the EMI publishing catalog, making Jackson the highest-paid musical act dead or alive.

Which acts are positioned to have the best year in 2019? Tune in next week for an annual batch of fearless music business predictions by yours truly.