Netflix Shrugs Off Its New, Bigger Competitors — Apple And Disney 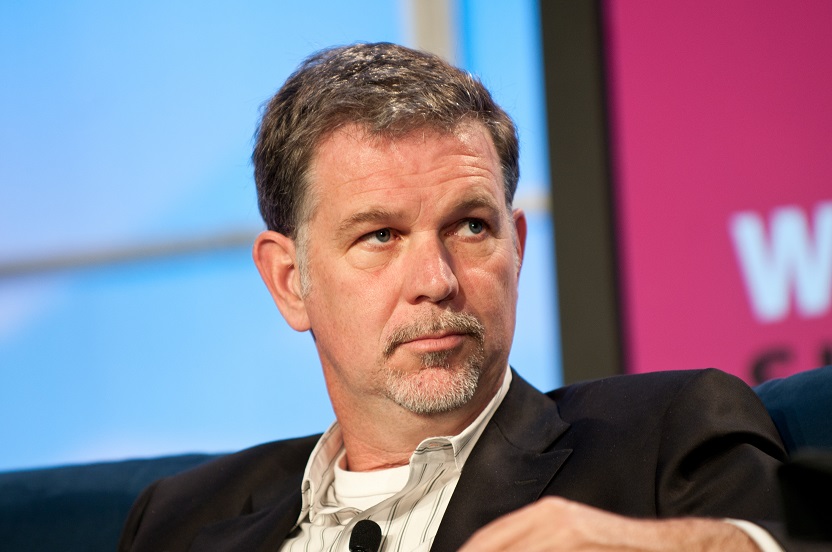 Netflix shrugged off the competitive threat posed by Apple and the Walt Disney Co., both of which unveiled rival subscription streaming services in recent weeks.

The big dog of Internet TV acknowledged the new competitors as “world-class consumer brands” whose forthcoming services would be a boon to consumers and content creators alike.

“We don’t anticipate that these new entrants will materially affect our growth because the transition from linear to on-demand entertainment is so massive and because of the differing nature of our content offerings,” Hastings wrote Tuesday in an investor letter that accompanied Netflix's first quarter earnings release.

The company forecast slower growth in the second quarter, prompting the stock to drop nearly $5 a share in after-hours trading to $354.60. This guidance takes into account the impact Netflix's rate increase in the U.S., which is moderating growth in the spring quarter, the company said.

Revenue for the first quarter rose 22% to $4.5 billion, compared with a year earlier. Netflix reported a net income of 76 cents a share, exceeding the estimates of Wall Street analysts, who had forecast per-share earnings of 57 cents.

Netflix reported its earnings a week after Disney saw a favorable stock market bump following the unveiling of its Disney+ service. The forthcoming service debuts in the U.S. on Nov. 12 with a strong roster of entertainment brands, including Star Wars, Pixar and Marvel.

Hastings said all direct-to-consumers services will benefit, as consumers migrate away from passive TV viewing to entertainment delivered online and on-demand. He argued that there’s ample appetite for great movies and TV shows, and Netflix only satisfies a portion of that demand.

Netflix represents only about 10% of total TV usage in the U.S., its most mature market, Hastings noted, and there's more room to grow around the world.

"There’s a ton of competition out there," Hastings said in a recorded interview following the earnings release. "Disney and apple add a little bit more. But frankly, I doubt it will be material, because again there’s so many competitors for entertainment time."

In the face of mounting competition, Hastings touted the strength of Netflix's original content. The Umbrella Academy, a series based on the comic book by Gerard Way and Gabriel Bá, which has been watched in 45 million households in its first four weeks on service, he said.

As Netflix looks to expand its subscriber base outside the U.S., Hastings touted the service's local program offerings. It is adapting its lighthearted cooking competition Nailed It! for Mexico, France, Germany and Spain. ¡Nailed It!: México has achieved three times more first-month watchers in Mexico than the dubbed US version, Hastings said.

The service also premiered it first large scale Korean original series, Kingdom , in January. This period piece with zombies is our most successful season one show in Korea to date and has also been watched by millions of members outside of Korea, Hastings said.

"The top 10 show are all Netflix original brands," said Chief Content Officer Ted Sarandos. "So increasingly our business is about creating and telling great stories around the world that are exclusively on Netflix."