Newsjacking 101 And The Battleground For Online Attention 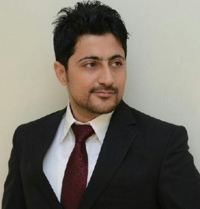 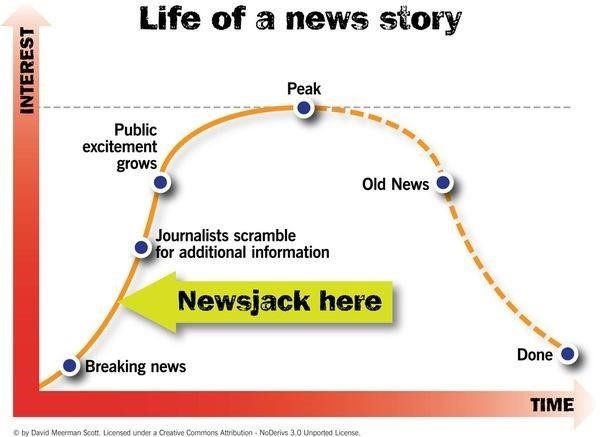 Online media today is a battleground for attention. With an overabundance of news reports, articles, guides and videos, viewers have little time to pay attention to it all. On top of that, many of them have either become immune to advertisements or have ad-blocking software installed.

The solution is to engage rather than interrupt your audience.

Newsjacking associates your brand with any ongoing trending, viral or breaking news story. So, you watch what your audience is interested in and take quick action to become a part of the conversation. It is also about putting your brand on the shoulders of another to get more visibility and exposure.

A real-time marketing strategy or newsjacking needs a quick action plan. Today many people get their news in real time through social media. A breaking story is often short lived and it’s important to jump on the bandwagon early on.

Etihad Airways: Cashing In On A Rival’s Win

Normally all the attention after the conclusion of a sports tournament is dedicated for the winners, right? Well, not always. Etihad Airways took smart measures to make its voice heard after Manchester City (sponsored by Etihad Airways) failed to become Premier League Champion in 2013.

The airline congratulated Manchester United—the champions—by publishing an ad in the Manchester Evening News showing United players leaving in a City-sponsored taxi after partying, with the message underneath saying: “Congratulations Manchester United. You deserve to go home in style.”

7-Eleven has run five editions of its 7-election promotional campaign. In previous years, 7-Election offered customers a choice of two different coffee cups: republican or democrat, and customers would pick one depending on the party they supported. During the 2016 election campaign, 7-Eleven understood the growing disillusionment with the two mainstream parties and gave customers a 3rd option.

7-Eleven keeps track of how many of their customers take each of the disposable cups. This coffee cup poll has correctly predicted the next President four times.

Becoming the Star of Someone Else’s Party

Consider this: it’s the Democratic National Convention (DNC) 2016 and the media is supposed to be talking mostly about Hillary Clinton—usually such activity goes on for at least a week. However, the media was forced to take note of Donald Trump even during the DNC because he was live-tweeting Hillary Clinton’s speech.

As a result, Trump received a large number of retweets for an event that was all about his opponent. “That had never done before,” says marketer and author, David Meerman Scott. Trump secured free publicity by becoming part of an ongoing conversation in real time.

Is it estimated that Trump generated $5 billion worth of free media—twice as much as Hillary Clinton. In comparison, Jeb Bush spent $200 million on paid advertising, which only got him four electoral votes.

So these are some unique ways you can gain publicity and brand recognition for your business. Do you have any other ideas that have worked for you or another brand? Please do share.

Syed Irfan Ajmal, Entrepreneur & Marketing Consultant. He is also a regular event speaker in Pakistan and the U.A.E.