Britain’s Royals Are Reshaping Their Future. Here’s What You Need To Know About The Crunch Talks. 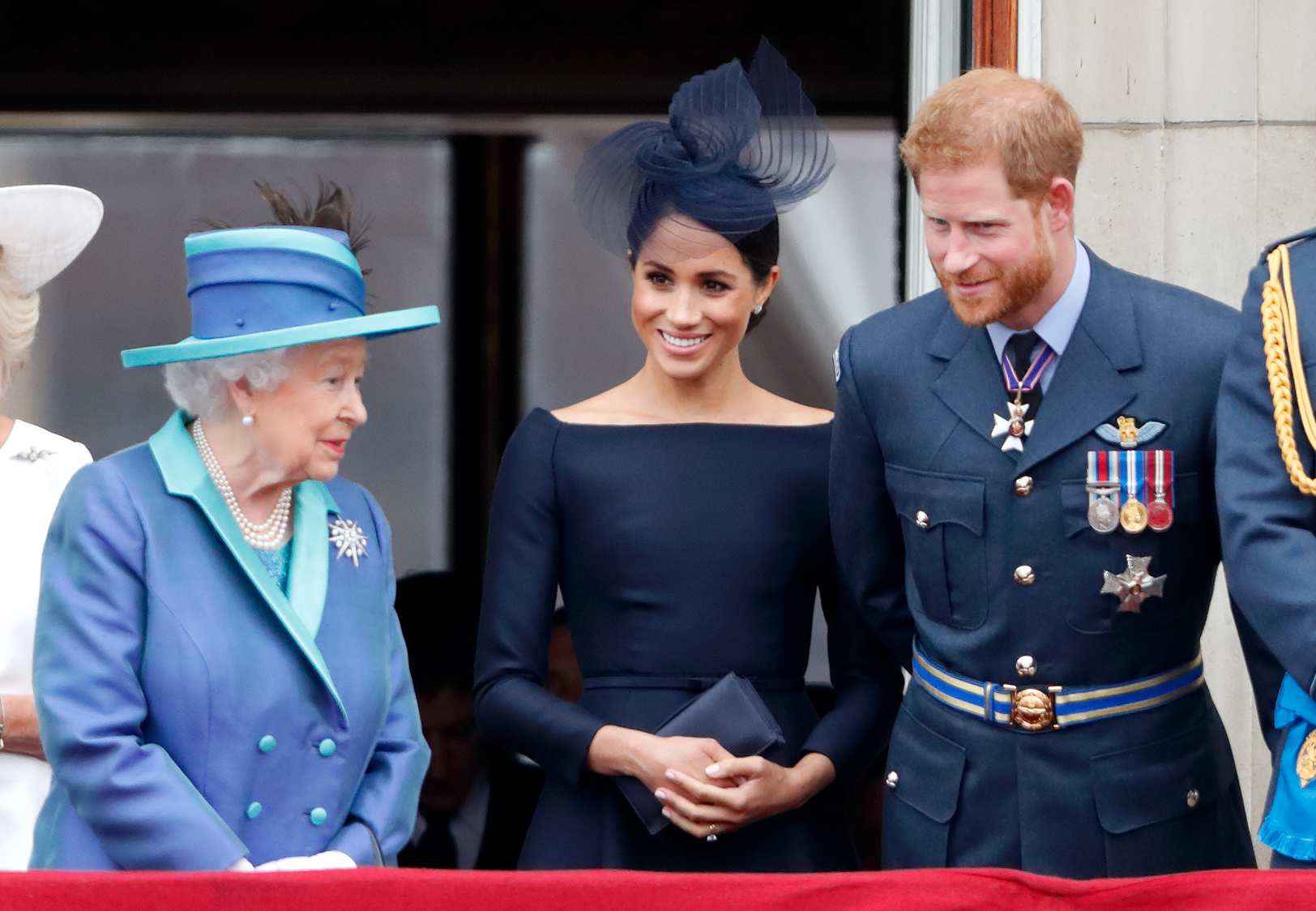 Topline: Queen Elizabeth II signaled her support for Harry and Meghan to carve out a more independent life following crunch talks on Monday, tempering a storm of speculation about divisions in the British Royal Family. Here’s what we know about what went down yesterday:

Queen Elizabeth II, Prince Charles and Prince William met with Prince Harry at the monarch’s Sandringham Estate for what was coined by the press as the “Sandringham Summit.” It was the first time the family has met since Harry and Meghan’s bombshell announcement last week.

Charles had flown in from Oman and reportedly arrived before Harry, who drove in a blacked-out Range Rover. Prince William arrived about 15 minutes before the start of the meeting.

Meghan, who is in Canada with the couple’s 8-month-old son, Archie, did not dial into the meeting as she and Harry decided her attendance wasn't crucial, the Daily Mail, citing the couple’s spokesman, reported. Aides were also reportedly concerned about the risk of others listening into the confidential gathering, through a phone line.

The Queen’s husband, the Duke of Edinburgh, was not present and was seen driving out of the estate before the meeting.

The talks began at 2 p.m. But a number of royal commentators noted Harry’s early arrival at around 11:20am. He is believed to have had lunch with the Queen.

At 5 p.m. local time, Buckingham Palace released the Queen’s official statement on the talks indicating there would be a transition period, and that while she would have preferred them to remain senior royals, she understood and respected their decision. “My family and I are entirely supportive of Harry and Meghan’s desire to create a new life as a young family,” she said.

Earlier on Monday, Princes William and Harry released a strongly worded statement rebuking The Times for an article that suggested that Harry was bullied out of the family by his brother.

What Was Discussed? And Was Anything Agreed?

The details of the meeting haven’t been released, but given Meghan and Harry's stated desire to become financially independent, the source of their income was likely talked about. The couple no longer wish to rely on the Sovereign Grant, an annual check paid to the Queen partially by British taxpayers and from profits from her Crown Estates property portfolio. The Duke and Duchess of Sussex have said that money shared from the Sovereign Grant made up 5% of their income. They also currently receive funding from Prince Charles’ Duchy of Cornwall estate. What was made clear is that the couple will split their time between Canada and the U.K.

News about whether or not the couple will keep their royal titles hasn’t yet been revealed. In her statement, the Queen referred to the couple as both “Harry and Meghan” and “the Sussexes.” Their security bill, thought to be about £1 million a year, will have to be worked out. Canada’s prime minister Justin Trudeau told Global News that most Canadians would support the royals moving there, but the “level of engagement they choose to have” needs to be discussed.

Several commentators remarked upon the personal feel of the Queen’s message, in which she referred to Harry as her grandson and made several references to “family.” Amid the public speculation, it is easy to forget that, ultimately, this is the story of a grandmother and her grandsons.

Expect a more comprehensive outline of the couple’s future roles in the coming days. In recent weeks Meghan has reportedly flown her dogs out to Canada, where the young family spent six weeks over Christmas. The couple will keep their U.K. base, Frogmore Cottage, which was recently refurbished at the cost of $3.1 million (£2.4 million) to British taxpayers.

Is There A Precedent For This?

Not in the British Royal Family. But months before the Sussex’s announcement, Charles had expressed a desire for a more streamlined monarchy that focuses on the Monarch and immediate heirs. Prince Harry is now sixth in line to the throne following the birth of his older brother’s three children.

The idea of more independent royals is pretty common elsewhere in Europe. In Sweden, the siblings of monarchs are able to pursue their own careers independent of the royal family, while still maintaining their titles, and Dutch King Willem-Alexander had combined royal duties with flying for airline KLM for over two decades.

What Are The Papers Saying?

Coverage on Britain’s front pages has been dominant and fairly mixed, with some leaning towards the Queen’s “reluctance,” while others highlighted her approval. The Times led with the Queen’s statement on a “transition period,” while The Guardian had the headline: “Harry and Meghan get Queen’s backing.” The Daily Mail had a wistful “Go ... if you must” headline, while The Telegraph wrote “The Queen’s reluctant farewell.” The i newspaper said: “Queen’s seal of approval for reshaped Royal Family.”

Key background: Harry and Meghan’s bombshell announcement last week via their Sussex Royal Instagram page had been months in the making. The couple declared that they would step back as senior members of the Royal Family and work to become financially independent, while continuing to support the Queen, the Commonwealth and the charities they represent.

News followed that no other senior royals had been warned ahead of time about the statement, triggering a flurry of reports, some unfounded, about the Sussexes and other royals being at conflict with one another. Yesterday’s meeting, which was said to have been calm, and “very constructive” by the Queen, and her follow-up statement, are signs that the institution is keen to control the narrative, while ensuring that Harry and Meghan can choose what is best for their family—within reason.

Further reading: Queen ‘Entirely Supportive’ Of Harry And Meghan’s Desire To Step Back As Senior Royals

Prince Harry On Giving Up Royal Titles: ‘It Brings Me Great Sadness That It Has Come To This’

‘Legends Of Runeterra,’ Riot Games’ First Game In A Decade, Goes Into Beta This Month