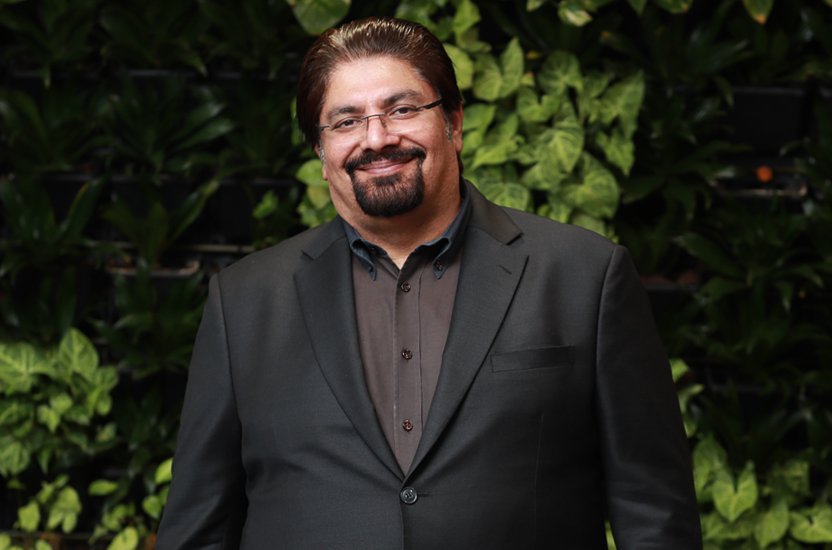 It is half past five work winding down elsewhere, but not in West Zone Group's office. Employees busily mill about while the atmosphere is punctuated with the ring of phones on a Tuesday evening, with of phones and printers buzzing.

Amidst this, ensconced in his glass cabin with a pile of paperwork, West Zone Group’s Chairman, Naresh Kumar Bhawnani, also seems to be showing no signs of slowing down.

“My work day is usually around 18 hours long,” says the owner of the retail group. Quite a disciplinarian, Bhawnani, 54, begins his day with a prayer early morning before proceeding to deal with his business at the office. He then sets out on a surprise inspection of his stores—many of which operate 24/7—spread across the U.A.E.

Bhawnani’s work ethics have helped West Zone morph from a single store into a fast-growing retail chain with over 125 retail outlets, 100 of which are supermarkets. With more than 5,000 employees, the group also has interests in real estate, hospitality, construction, retail and technology. Such widespread operations have helped West Zone grow its turnover by 21.5% to reach $542 million, compared to $446 million in 2017.

But Bhawnani’s master stroke came in 2018. Further expanding its horizons, the West Zone Group acquired another well-known supermarket chain, Safestway, along with three Giant branches and one G-Mart for $10 million from Giant Group, cementing its status as one of the key players in an increasingly competitive market. It also picked up four stores from SM Group to fast track its growth. These deals have catapulted it into the limelight, calling attention to the quiet expansion that Bhawnani has charted for the group.

Now he is spearheading West Zone’s expansion beyond Dubai and Sharjah into the northern emirates and Abu Dhabi. West Zone has opened three outlets each in Sharjah and Ajman while it is gradually picking up pace in Abu Dhabi, with plans to open five stores in the capital along with the three stores the company is operating there.

Bhawnani’s expansion strategy is different to that of some of his deep-pocketed rivals. Setting up in bustling neighborhoods across various pockets of the U.A.E., West Zone does not operate a one-size-fits-all model— each store caters to residents of that specific area. “Each West Zone is different from others,” Bhawnani says emphatically. “Every store reflects that area’s needs.”

It was risky to become a niche player, but it has worked for the entrepreneur, who has grown his business by courting demand. Prior to setting up a store, Bhawnani personally carries out a reconnaissance of a proposed area, chatting with the watchmen in residential buildings and finding out about the residents’ mix before taking a call on whether a supermarket is feasible in that area.

It helps that Bhawnani has an in-depth knowledge of the local market. A self-starter, he first arrived in Dubai in 1989 just as the emirate was beginning to see the benefits of the oil boom firmly trickle down. Keen to understand the local retail industry, he joined diversified conglomerate Safeer Group and worked his way up to become a director. But 15 years on, Bhawnani was itching to start out on his own as he saw untapped potential in the market. In 2005, pooling his own savings and with some help from his family, he opened the first West Zone store in the neighborhood of Mirdif. “It was an area that nobody had served,” he explains.

The brand was gradually a new idea hit Bhawnani. Often scouting for catching on when locations to base his stores, the businessman was constantly negotiating with commercial property brokers. He realized it would be more cost effective if he could build his own malls and lease out the extra spaces to other retail outlets. West Zone’s real estate and construction arm soon began operations.

The enterprising businessman started to look for areas within his operations that could provide him with cost savings. Supermarkets in West Zone malls had food counters operated through a central kitchen run by Bhawnani’s company. Tapping into shoppers’ needs and realizing it was much cheaper than subletting, the company opened two restaurants: Mister Inasal and R N D, an outlet serving Indian cuisine at its mall in Al Khail Gate. “We anyways produced food for the supermarket, so we thought why not utilize it fully,” Bhawnani adds.

It helps that he hails from a family of entrepreneurs. Bhawnani’s father ran a retail business in the Indian state of Madhya Pradesh. Often helping out as a youth, Bhawnani learned the ropes of the craft from his father, who he says is his role model in business. “Business is in my blood,” he explains. This instinct has guided him even during challenging times.

Hit by a protracted period of low oil prices, consumer spending has slowed, impacting the U.A.E.’s retail industry. A 2018 survey by McKinsey & Company revealed that nearly 42% of U.A.E. residents are cutting back spending, while 48% are paying more attention to prices. “The overall economic health of the region is of course the core ongoing concern for retailers,” says Billy FitzHerbert, Regional Editor for the Middle East, Oxford Business Group. But
he expects that upcoming regional mega such as Expo 2020 could positively impact the retail sector.

But Bhawnani is insulating West Zone from future shocks by diversifying, mainly through franchises and distribution while taking baby steps in hospitality. While constantly scanning the market for potential opportunities, the businessman swooped in on Winchester Hotel Apartments—a serviced apartment complex on the block for sale in the Bur Dubai area—and converted it into West Zone Plaza Hotel Apartments. Bhawnani has put his own touch on the project by opening a new F&B concept developed by the company, within the building. He plans to expand the café to other locations as he grows within the serviced apartment sector. Such steps to diversify have kept him immune to extreme market shocks as well—a lesson he hopes to pass on to his successors someday.

“My father has always taught us the importance of diversification in a business and the benefits it can provide,” says Karan Bhawnani, the businessman’s eldest son. Like his father, the younger Bhawnani is learning business by watching his father manage the company while still an undergraduate student, majoring in accounting and finance. But the father of three has no plans to concede the leadership just yet.

While Bhawnani is proceeding with his expansion in the U.A.E., he says he does not want to expand the brand beyond the country just yet. “Our growth will be in line with the U.A.E.’s growth,” says the retailer.

Dusk has fallen and West Zone’s office is a flurry of activity again, this time as employees wind up for the day. But Bhawnani’s schedule is still packed. His next move: capture the U.A.E.’s retail market.

Rental And Resale Are Hot. But Sustainable Fashion Needs A $30 Billion Investment Behind The Scenes

Louis Vuitton To Open Its First Café In February