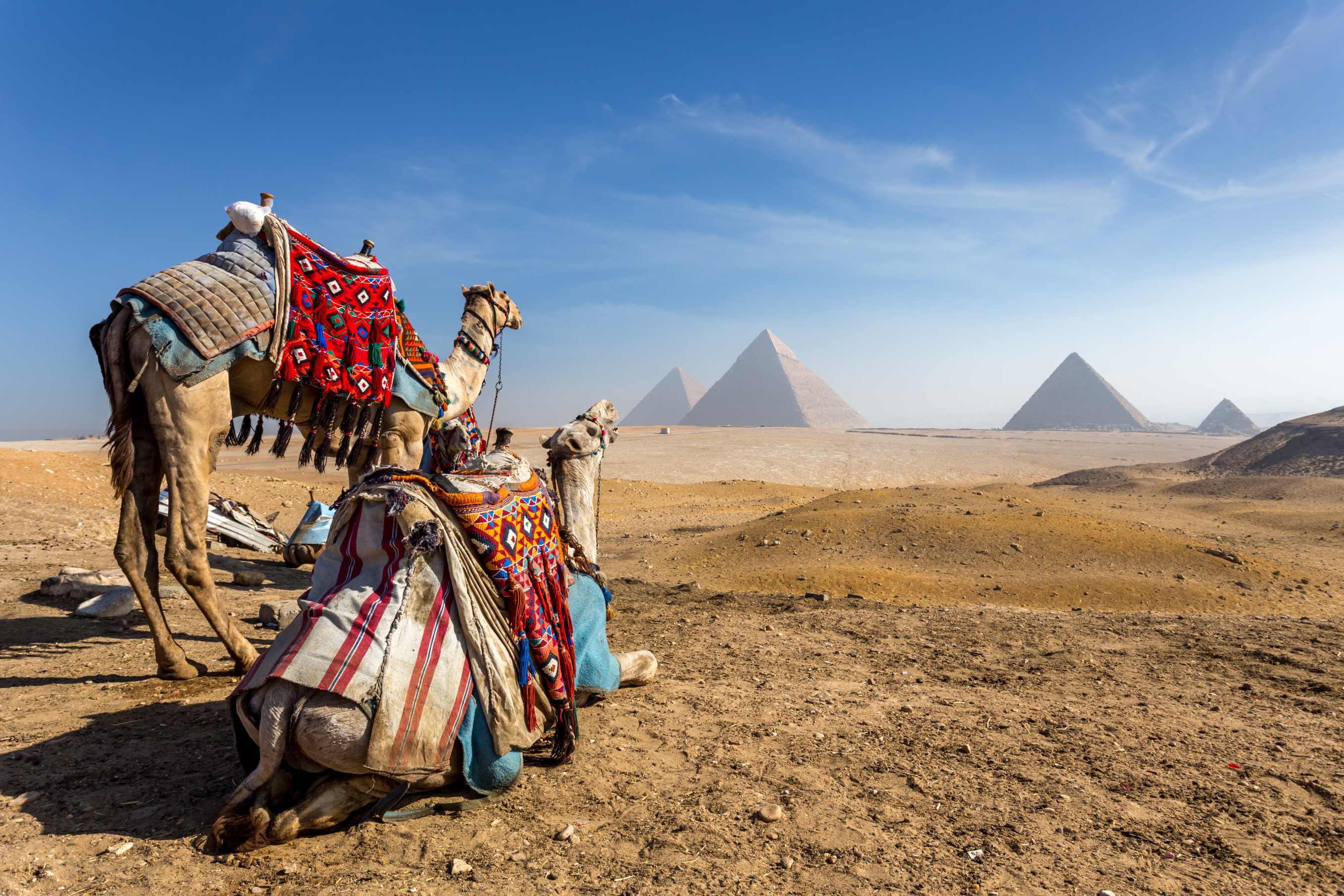 Egypt’s tourism numbers are steadily edging up, leading the hoteliers and officials to become upbeat about a strong revival. Can the economy sustain this momentum and once again transform into a tourist hub?

Egypt, the mysterious land of pharaohs and mummies and a rich 5000 years-old history, has enjoyed iconic status as a tourist destination for decades. Tourism touched an epic high in 2010, clocking a whopping 14.7 million visitors. However, the 2011 uprising that toppled Hosni Mubarak, and a spate of terrorist attacks over the next few years ushered in political and social upheaval, and an extended hiatus for Egypt’s flourishing tourism industry.

And now six challenging years since the Arab Spring, the Egypt government’s efforts to revive the travel and tourism industry have finally started to pay off. Yehia Rashed, Minister of Tourism for Egypt, confirms the positive sentiment. “The Egyptian tourism is on the right track to regain once more its normal averages and all statistics confirm this fact; since there is a notable increase of tourist movement to Egypt from most of the markets.” A United Nations World Tourism Organization (UNWTO) report released last month, ranked the Egypt tourism market as the second-fastest growing in the world in 2017. The report ascribes the ranking to a substantial increase in tourist numbers and revenues for the current year, with international tourist arrivals to Egypt rising by 51% in 2017. It further forecasts the country to be “on course to welcome nearly eight million holiday travelers in 2017.”

Similar figures released as part of World Travel & Tourism Council’s ‘Egypt Economic Impact 2017’ report indicate a consistent growth trajectory, noting that the total contribution of the travel and tourism sector to the GDP was 7.2% in 2016. This figure is further forecast to rise by 1.3% in 2017, and to 8.9% of GDP by 2027.

An indication that Egypt’s tourism figures are not falsely buoyed is reflected in the positive occupancy rates recorded by the hotels across the country. A report from research firm Colliers International noted that the occupancy rates in hotels across Egypt rose to 70% in the first quarter of 2017, the highest rate since 2007. A healthy growth of 4% occupancy rates across Cairo’s hotels can finally be seen as a return of consumer confidence. However, Filippo Sona, Director - Head of Hotels MENA Region, Colliers International, affirmed that by comparison, the study found near static results for Sharm El Sheikh and Hurghada, with only an 8% increase in occupancy rates in Sharm El Sheikh.

But hoteliers remain bullish and forecast a positive year ahead as they polish their strategy and reexamine their target markets. Sherry Adel, Senior Director of Public Relations & Marketing Communications, Four Seasons Hotels and Resorts, Egypt calls 2017 a year of positive developments. “We have been working on rebuilding leisure travel to Egypt from previously proven markets like the U.S. and Western Europe, while simultaneously nurturing new relations with untapped markets like China, South America and Australia.” Sona from Colliers says the Egyptian hospitality market has had consistent performance in the past six years and that, despite the volatility of key performance indicators, the hospitality industry has been proactive in creating diversified revenue streams.

Rashed says that Egypt’s efforts at marketing and highlighting the steps that it took to ensure the safety of the visitors have put Egypt firmly back on the map. In addition, the country is also targeting new markets such as the Central Europe, North Africa, the Balkans and Turkey to feed in visitor inflows. “One of our six pillars to enhance tourism was to promote tourism in new markets in addition to the traditional source markets, especially with the growing demands of these potential new markets,” says Rashed. “Presence of tourism facilities for niche market products; competitive prices; a diversified destination for Leisure, Culture Heritage and the Nile Experience; and the demand and appetite of Egypt as a safe destination - all of the above have boosted our tourism to reach more than five million tourists with an increase of 53% Y-o-Y and with a revenue of $4.4 billion as Y-o-Y, almost doubling the figures.”

The weakening of the Egyptian Pound against most currencies has also been helpful in boosting tourism numbers, with the devaluation resulting in a 25% reduction in Egypt’s local prices compared to previous years. Sona from Colliers concurs that the devaluation is a welcome move, incentivizing both tourism, and foreign direct investment in the tourism industry. Looking at further strengthening the pricing advantage in favor of Egypt’s tourism, Rashed adds that while the weakening pound has increased Egypt’s competitiveness in the region and worldwide, “however a special committee to review the pricing system to enhance Egypt’s tourism product and to link the pricing to a good rating system” is currently in progress.

Egypt has been improving many metrics related to the tourism sector. According to the World Economic Forum’s Travel and Tourism Competitiveness Report 2017, Egypt gained over nine positions last year when compared to 2015. Key drivers of this growth are the increase in governmental support of the T&T sector, including the allocation of nearly 7% of the total budget to the sector, along with the strengthening of cultural resources, an increased digital presence and an easing of visa policies helping to rebuild the country’s image as a safe destination.

Egypt has also been making some inroads into improving safety. “All security measures have been taken (at airports), employees’ capacity building and training with an upgrading of all equipment to achieve international airport security standard. Also the Ministry of Tourism worked in Cooperation with Egyptian Tourism Federation ETF (the private sector) to provide all hotels with Control Cameras & Metal Detector in Hotels to Ensure Safety and Security; the GIS & GPS Systems to allow the control over tourist vehicles…Ministry of Tourism has allocated $10 million for promoting Sharm-Al-sheikh and the tourism fund is cooperating with other government entities to provide new security equipment in tourism destinations.”

But challenges still persist. The downing of the metrojet last year and a spate of subsequent bombings have badly damaged confidence. Recapturing Egypt’s position as a top worldwide destination hinges on how these internal efforts translate into convincing the tourists of their safety. “A lot of international markets are not aware of the safety level in Egypt. Therefore, more proactive campaigns promoting this may result in greater growth as it will enhance the confidence of inbound tourists”, says Sona from Colliers.

From Hope to Optimism

Not all is doom and gloom within Egypt’s tourism and hospitality sector. Colliers’ Sona says that the tourism industry will revive by the end of this year. “By end of 2017 and the first quarter of 2018, it is my opinion that the key cities in Egypt will return to pre-2011 levels and slowly the market will recover fully by 2019”, he adds.

Minister of Tourism Rashed adds that several incentives are on the cards to boost the industry’s performance. These range from re-branding Egypt to change perceptions using high impact PR as well as organizing market visits by international media, to creative online reputation management using new promotional tools of the social media platforms ( bloggers, influencers, youtube, etc.) and most critically, opening up the travel routes to Egypt. “(We are) supporting aviation and encouraging the low cost carriers by designing a special program to enhance the number of incoming flights and incentive airlines to increase frequency; increase frequency of airlines in traditional markets; resuming the Egyptair flight to Tokyo, where we are intending to increase the weekly frequency when achieving good volumes/demand, in addition negotiating to increase number of flights from China and India,” he explains.

Adel from Four Seasons too remains optimistic about the future. “Last year witnessed a great increase in demand. People are now starting to look at Egypt as a viable destination again; summer was a very healthy season in downtown Egypt, and the healthy trend continued for the following seasons as well. There was also an increase in demand from both corporate and leisure markets, driven mostly from the GCC. This year we expect a continued revival of Egyptian tourism from the GCC, but also more from international markets, based on the significant amount of interest and inquiries we have already received from international markets. This predicts a healthy and even more stable 2018 for Egypt.”

For Egypt’s ailing tourism industry, the future looks promising. Cautious hopes for a revival are slowly transforming into buoyant optimism. While the tourism glory of its pre-2011 era may still be an elusive target, the Jewel of the Nile seems set on a steady road to recovery.