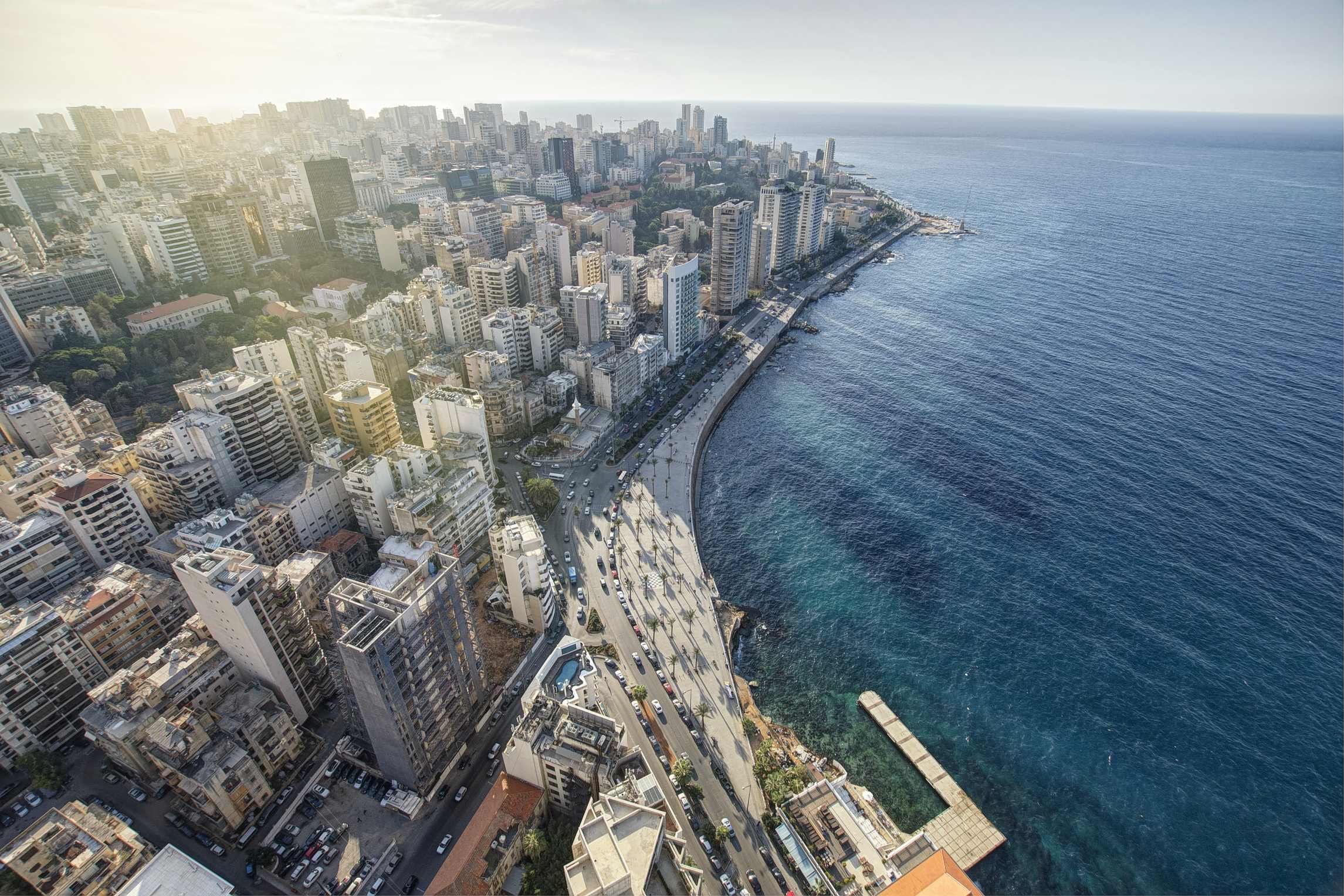 Lebanon’s economy is remarkably resilient given the political, social and economic pressures the country faces. The banking sector remains a key strength in difficult times.

In a press conference on 9 July 2018, Lebanon’s caretaker foreign minister Jubran Bassil said his country’s economy was on the “brink of collapse”. It was dramatic language, but hardly unprecedented when it comes to Lebanon.

The economy’s impending demise has often been warned about in the past, but somehow it has continued to keep ticking along. But the warning signs are getting to the point where they are becoming harder to ignore. “We are reaching our limits. We have a resilient economy but it cannot stand for ever,” says Marwan Mikhael, head of research for Blominvest Bank.

The pressures are certainly intense these days, due to a combination of domestic and regional factors. The Lebanese authorities have long struggled to keep a semblance of fiscal order—the IMF estimates that public debt was above 150% of GDP at the end of 2017 and will continue to grow in the coming years. Low oil prices in recent years have dented the prospects of Lebanese expatriates in key overseas markets in the Gulf, putting pressure on the amount of remittances they send home. And the brutal civil war in Syria since 2011 has cut former trade routes and led to huge numbers of refugees descending on Lebanon.

Yet through all the tough times, the Lebanese economy has been able to lean on one sector to keep things moving: the banks. Expatriate Lebanese—who easily outnumber residents of the country—continue to send money home to banks in Beirut and those banks in turn continue to buy government debt, thereby allowing the country to keep paying its bills, even as overall debt levels rise to worryingly high levels.

For now, that situation continues to prevail. Ratings agency Moody’s Investors Service says the outlook for Lebanon’s banking sector is stable at the moment, which analyst Alexios Philippides says is down to an “expectation of a modest pick-up in economic activity and continued inflows of foreign deposits into the country, helping banks finance the government and the economy”.

There have been a few other reasons for very cautious optimism of late. One came in April with the promise of $11 billion in financial aid over five years from international donors at the CEDRE conference in France. That should provide funds to resume public investment projects and could lead to a modest increase in overall economic growth, from 1.9% last year to a predicted 2.5% in 2018 and 3% in 2019, according to Moody’s. In order to receive the money, the government will also have to implement some reforms, including overhauling the country’s electricity system, expanding its revenue base with new taxes and bringing spending under control.

In addition, having slumped in the wake of the Syrian war in 2011, the tourism industry is also now showing signs of life with a 10% rise in tourist arrivals in 2017, reaching the highest level for seven years.

The domestic political scene has also been showing some signs of improvement. Since the crisis in November when Prime Minister Saad Hariri resigned during a visit to the Saudi capital Riyadh, only to withdraw his resignation the following month once he was back home, things have settled down. The first parliamentary elections in nine years took place in May this year. Parliament approved the 2017 budget in October 2017 and the 2018 budget in March this year—the first budgets approved over the past 12 years.

There are plenty of risks on the horizon though. Renewed political arguments could easily lead to reforms being delayed and promised financial aid failing to arrive. And the economy remains relatively vulnerable. The construction and real estate sectors, which along with tourism have historically been the growth engines for the economy, have not been doing so well. Philippides points out that “construction permits, a leading indicator of future activity, declined 12% year-on-year in the first four months of 2018 and property sales declined 16% year-on-year for the first five months of 2018.”

The all-important banking sector also faces some risks. The heavy exposure that banks have to the sovereign increases their financial risk and means that both the banks and the government are vulnerable to any deposit flight.

The vulnerability of the banking sector to political risk was highlighted in November, when an estimated $2.6 billion of private-sector deposits left the system during the political crisis, according to Moody’s—equivalent to 2% of the total. That was, however, reversed once the Prime Minister rescinded his resignation. The situation was also smoothed by the Banque du Liban (BdL), the central bank, increasing interest rates, especially on local currency products, to support deposit inflows and to halt the trend for greater dollarization.

The weak economic environment coupled with the recent political instability is clearly visible in relatively low levels of consumer confidence. The most recent data from the Byblos Bank / American University of Beirut (AUB) consumer confidence index—covering the first quarter of this year—showed a fall of 1.6% from the final quarter of last year, leaving the index at 60.8%. One critical element of that was the introduction of a number of tax rises in late 2017, which dented consumer spending power, but the political environment has also played a role.

“Consumer confidence retreated in the first quarter of 2018, as citizens waited throughout 2017 for government measures that would improve their quality of living and economic well-being,” said Nassib Ghobril, chief economist at Byblos Bank. “Lebanese households remain highly sceptical about the flood of political promises that started in the first quarter of the year in the run-up to the May parliamentary elections, a factor that reflects the prevailing crisis of confidence between citizens and the political class in general.”

It is not just consumers that are wary. Surveys suggest that private sector companies are also adopting a cautious approach. The IHS Markit purchasing managers index (PMI)—a survey of activity in the private sector—remains below the 50-point mark that separates expansion from contraction. Indeed, it dropped to an eight-month low of 46 points in June, with output, new orders and employment levels all falling. “Private sector activity continues to deteriorate,” said Mikhael. Last month we had a PMI of 46, which relates to a growth rate of 1.2%, which is very low for an emerging or frontier economy like Lebanon. It’s not creating enough jobs for the labour market.”

The situation is also evident in a rise in non-performing bank loans and a decline in new loans to the private sector. “Capital Intelligence expects loan growth to be somewhat subdued in the short to medium term while profitability will continue to be under pressure partly due to higher provisioning requirements coupled with higher taxes,” says George Panayides, a senior credit analyst at ratings agency, Capital Intelligence.

Yet despite all that, the banking sector still looks like one of the few areas of the Lebanese economy that is functioning relatively well—something that should help the country to work through its current crisis. “Overall, the banking sector in our opinion continues to be one of the remaining ‘jewels’ in Lebanon,” adds Panayides.