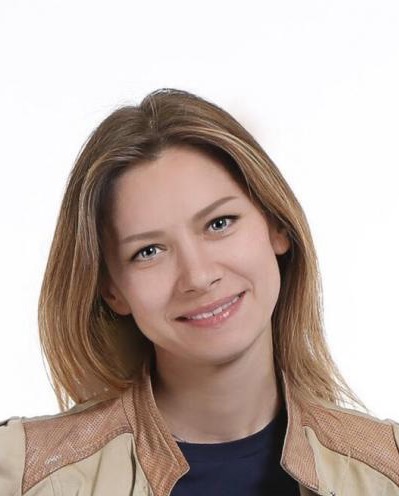 Property tech is changing the way we buy and sell globally. The Middle East too is about to get a taste of it as the market evolves to be more digital.

The U.A.E. is one of the fastest growing economies in the world, and is aspiring to become a global technology hub. That’s why it’s no surprise that they are actively adopting blockchain technologies, particularly Dubai.

The Dubai blockchain strategy will usher in economic opportunity for all sectors in the city, and cement the emirate’s reputation as a global technology leader. According to a plan by the Smart Dubai Office (DSO), blockchain technology will be used for all government documents by 2020. This is particularly important for the real estate sector.

Despite the success of many companies, the current innovation is only scratching the surface of the real estate industry when it comes to using technology to enable, support and disrupt the industry. The next wave of technology under PropTech 3.0 will drive more adoption of crypto and blockchain in the sector.

All these three major categories face problems as they are slow and expensive transactions because real estate is a very illiquid, hard divisible, hard tradable asset, unlike securities. Besides the archaic process problem, the friction costs of completing a real estate transaction are about 5% of total property cost in the Middle East. The problems of the real estate asset transfer remain the same for the region and globally: liquidity, regulatory burden and transparency. While Dubai is considered as one of the most transparent and effective real estate markets in the world, other Middle Eastern countries lack transparency and efficiency.

There are three main applications where blockchain could play a great role in real estate:

Blockchain: Due to the immutability and decentralization, blockchain - a distributed decentralized ledger - is the best solution for property right transfers. Value transfer can refer to ownership of buildings, data, right to occupy, right to build etc. The examples are IOT protocols of chronicled and building data exchange that protects privacy of the residents’ data via blockchain.

Blockchain Smart Contracts: This is a self-executed code enabled by blockchain. Because of lack of trust in real estate sales, mortgages and leases, smart contact is the most appropriate solution for management of the transactions. In this case smart contracts would consist of conditions of the deal written in a code and a blockchain ledger described above or multiple ledgers. Example could be the property trade solution that Propy develops or a new age of Airbnb, where people would share their spaces between each other in a decentralized manner controlled by smart contracts. This could save for users up to 5% of costs in sales and up to 20% of costs in rentals in intermediary fees.

Tokens and ICOs: Initial coin offerings (ICOs)(or token sales) are events when coins or tokens (such as Bitcoin or Ethereum) are being generated and part of them are being sold. With growth of the demand, the value of such tokens are growing too. Tokenizing real estate may help democratize real estate projects financing and make the real estate asset more divisible and tradable. 2016 has seen a boom of ICOs, mainly announced for crypto related companies that raise seed money with white papers. Token sales approach has also the opportunity to influence financing of the real estate sector. In May 2017, there was the first case of token sale of equity shares of a company that is raising capital for a $400+ million real estate project in the U.S. A token could represent a share of such a company, or an area of the future built environment, or a service for property management. Tokens could be security tokens and also represent a share of a real estate development company or a share of a building and thus ICO could be done for new real estate projects. However, in order for security tokens to be launched in Middle Eastern countries, the authorities should give a legal opinion on how to treat that kind of security tokens (as the U.S. and Singaporean governments recently did). Utility tokens are globally viewed as commodity or vouchers for goods or services and can be legally traded online.

The application of the blockchain technology in the real estate sector has been developing from 2016 and announcements for pilots were made in Sweden, Honduras, Georgia and most recently, in Ukraine.

But the blockchain technology also has certain limitations such as scalability, time of transaction and cost per transaction. The transaction time is 8-12 minutes for Bitcoin and 12-17 seconds for Ethereum. While there are limitations of the technology, real estate transaction is the most appropriate case to apply it for. Properties have high value and require weeks/months for ownership transfer, mortgage and hours/days for lease agreement.

A mining company Bitfury, blockchain company Factum, also Propy and Consensys, both of which are active in Dubai, have started projects in title deed and mortgage management. Corporations are experimenting as well. Deloitte is building a proof of concept for lease contracts.

A year ago Deloitte launched the blockchain prediction for 2016 ‘Blockchain: the next game changer in Real Estate’ and made a research on Blockchain Awareness in Real Estate. The market participants have shown more awareness of blockchain in 2017 than in 2016. A quarter of participants in their survey started to apply blockchain technology in 2017.

There is a strong interest to use blockchain-enabled solutions by real estate corporations not only in the U.A.E. but also by global ones such as JLL as well as by escrow companies and governments, because they trust this technology can prevent fraud. As blockchain becomes more mainstream, real estate firms too will adopt this technology.