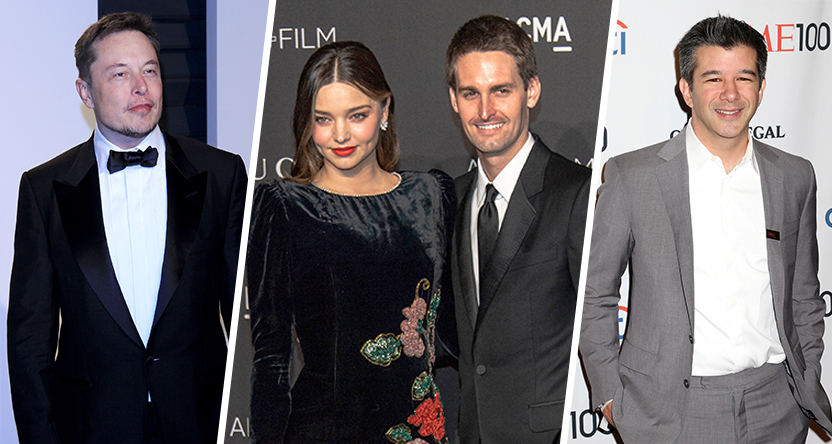 Big data has meant big money for business models based on the ability to collect, interpret and leverage information. From combating financial fraud to easing consumer decision-making, these big data billionaires have accumulated wealth by using data in ways never previously done before.

As the co-founder and CEO of Palantir Technologies, Karp oversees this data-mining startup, which received early backing from CIA investment arm InQ-Tel. Palantir uses big data to combat terrorism and financial fraud worldwide. Data gathered from DNA databases and surveillance records showing movements, social media data, and tipoffs from informants are drawn together to predict activity, from the placement of roadside bombs to fraudulent transactions.

Hoffman cofounded professional networking site LinkedIn in 2003, before selling it to Microsoft for $26.2 billion in cash in 2016 and joining Microsoft's board. LinkedIn uses algorithms to suggest people to add as connections and constantly tweaks its products based on the data it receives about what’s popular among its users. In 2018, over 120 professionals joined LinkedIn every minute.

John Collison and Patrick Collision Stripe
Net worth: $2.1 billion each

The Collison brothers co-founded Stripe, which lets businesses and individuals accept payments over the internet. 2019’s number one Forbes’ Cloud 100 company is leveraging the huge amount of data that it has amassed about its users and payments on the platform. The Stripe data uses automation and fraud-detection to vet a customer’s suitability for a credit card, instead of the heavy manual practices used by traditional processing firms.

Evan Spiegel and Bobby Murphy Snap
Net worth: $3.1 billion each

Hastings cofounded video-streaming service Netflix in 1995, which today offers TV shows, films, and original content to over 158 million paying subscribers globally. Predicting what you will want to watch next is the primary goal of Netflix’s data strategy. Through careful tracking and analysis of individual viewing habits, the derived data is used to optimize a user’s recommendation. In 2018, Netflix’s annual revenue was over $15 billion.

Kalanick, who founded ride-hailing firm Uber in 2009, stepped down as CEO in June 2017 after a series of scandals rocked the company. The disruptive ride-sharing service stores and monitors data on every journey that its users take which helps predict demand and set fares. When self-driving vehicles arrive, cameras and collision sensors will provide new methods of data absorption for Uber.

Chesky co-founded peer-to-peer room and home rental firm Airbnb in 2008, which has been used by more than 500 million people in 191 countries. The company has collected an estimated half a petabyte of data on people’s traveling habits. Using a rich dataset comprised of guest and host interactions, Airbnb’s machine learning algorithms know where to concentrate efforts depending on trending popular destinations and peak times.

Serial entrepreneur Musk founded Tesla Motors in 2003, bringing fully-electric vehicles to the mass market. Tesla effectively crowdsources its data from all of its vehicles and their drivers, with internal as well as external sensors that can pick up information about a driver’s hand placement on the instruments and how they are operating them. The market for vehicle-gathered data is estimated to be valued at $750 billion a year by 2030.

Huateng (also known as Pony Ma) cofounded Chinese Internet giant Tencent Holdings in 1998, which ranks among the nation's largest businesses by market capital. The tech giant runs China’s largest mobile chat network, WeChat, which uses social data to identify the trendsetters among groups of friends, and target marketing spend on those people. The platform has over a billion accounts as of Q2 2019.