Finding The Cash in Fintech 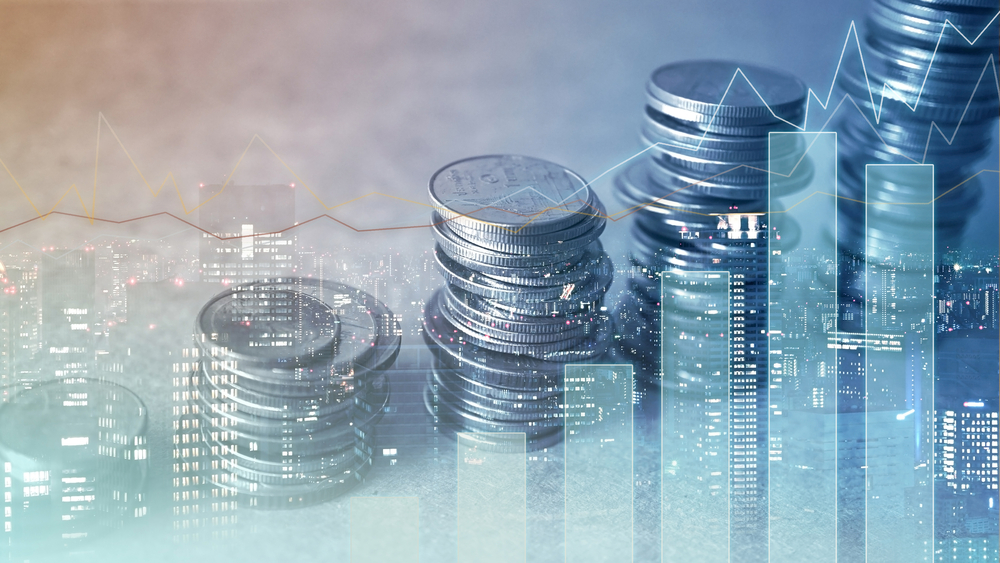 Is the region ready to fund growth stage financial technology products and services? When it comes to blockchain, the stakeholders and investors seem to think so.

According to Naseba’s ‘Fintech in the GCC—2017/2018 Demand’ report, the MENA region spends over $13 billion per year on financial technology. As governments across the region work hard to establish themselves as major fintech players, the new wave of digital technology entrepreneurs entering the market are working hard to grab a slice of this burgeoning market.

Having polled over 200 banking, financial services and insurance (BFSI) leaders from the G.C.C. region, Naseba, a Dubai-based business facilitation company, identified that concepts such as card-less payments, blockchain and robo-advisory are rapidly becoming the biggest disrupters in the finance sector. The rise of the digital economy has turned this region into a hotspot of remarkable market opportunity.

But are there enough regional investors that are willing to put their money and support behind these emerging technologies? According to Middle East Venture Partners (MEVP), venture capital (VC) investments in MENA measured as a percentage of GDP amounted in 2016 to less than 0.03%, significantly less when compared to 0.20% in India and 0.40% in the U.S. MEVP believes that the lack of available VC funding is in stark contrast to the tech savviness of consumers and businesses in MENA and Turkey, which has a population of 480 million.

However, when it comes to blockchain technology, there are signs of positive investor sentiment and willingness from governments to get behind the companies that are driving innovation in this space. Leading the pack through its National Blockchain Strategy, the Dubai government plans to utilize distributed ledger technology to become paperless by 2020 by shifting all transactions to blockchain. There are numerous organizations—both those creating the technologies, as well as those wanting to utilize them - trying to find the best ways to capitalize on its potential widespread adoption.

Dubai Future Accelerators (DFA), an intensive nine-week government-backed program pairing international technology companies with government organizations to create transformational solutions, opened its doors to the third cohort of tech entrepreneurs this month. “DFA’s government partners are exploring the use of blockchain technology to make our society paperless and have been working with a number of cohorts to develop proposals for world-leading prototypes and test deployments of their cutting-edge approaches to shape the future of strategic sectors,” explains Vera Futorjanski, who is the head of global communications for Dubai Future Foundation, which was launched in 2016 to play a pivotal role in shaping the future of Dubai.

Loyyal, a San Francisco-based universal loyalty and rewards platform built with blockchain and smart contract technology, is not only a founding member of the Dubai Global Blockchain Council, where it has been focusing on developing a Dubai Points program for tourists, but the tech startup was part of a successful collaboration with both Dubai Holding and Smart Dubai working to develop and expand the loyalty and behavioral incentivization using blockchain for the entities, as part of both the inaugural and second Dubai Future Accelerators programs.

“What makes the U.A.E. particularly attractive for startup tech companies such as Loyyal is the unprecedented access to decision makers and potential partners and investors that we have been afforded through programs such as DFA,” says Sean Dennis, who helped create Loyyal and is now an advisor and a major shareholder in the company. “The government’s top-down approach to incentivizing innovation means that the fintech ecosystem is now on a rapid growth trajectory and we are excited to be a part of building the future of a nation through blockchain technology.”

Earlier this year, Loyyal closed a Series A capital raise led by Saudi-based Integrated Networks (iNet) with other regional participants including U.A.E Exchange, Hayaat Group, Day One Investments, and other international investors. Hayaat Group was an early investor and led the Loyyal Series Seed capital raise which subsequently opened a number of doors into the local market.

As Loyyal’s director of strategic partnerships Matthew Hamilton explains, “We were banging on doors in traditional fintech hubs such as San Francisco and, while there was interest there, investors in this region were willing to move faster. In a region that typically invests in real estate or trade, this was a revelation to us.”

U.A.E. Exchange, a $30 billion turnover company, was one of Loyyal’s largest Series A investors. “The purpose of their investment in us was very strategic - to understand our technology and work with us on use cases. The same applies to our other investors such as iNet. By being able to understand how our technology fits into their products, they have been able to grasp where the revenue model fits in.”

“To date, there have been very few companies that have gone past pilot stage and onto commercial application for blockchain, so it is very difficult for VCs to value companies using blockchain technology and for them to put projections on earnings,” Hamilton adds.

Today, Loyyal’s primary focus is platform development and delivering for their current global clients. They are looking to release their commercial platform, which is on IBM Fabric, for Q1 2018. In tandem, the company is partnered with resellers such as Deloitte in order to keep focused on technology rather than business development. “Loyyal will also be soliciting for our Series B funding round in early 2018 and, as before, we will be looking globally as well as to MENA for these funds,” says Hamilton.

Having experienced first-hand the readiness of regional investors to put their money into emerging fintech and digital tech platforms, Dennis, who is working as ‘Entrepreneur in Residence’ for the DFA during their third cohort, intends to shortly begin raising funds for another e-commerce startup that he is developing.

“Encouraged by my positive experience with bringing emerging technologies into this market, it makes perfect sense for me to make the U.A.E. the launchpad for my next venture and to open up the investment opportunity to those who clearly believe in the potential of disruptive technologies,” he says.
Guarav Dhar, who owns Marshal Equipment & Trading Solutions Co., a U.A.E.-based consultancy for transaction-intensive solutions, invests in emerging technology solutions as a private angel investor, as well as with VC firms Womena and Arab Angel Fund.

“As a company, we would generally be looking to invest in Series B and Series C companies that are extremely feasible and scalable businesses and that have good underlying core foundations for income revenue,” he says. “Loyyal is a good example of a blockchain-enabled technology company that is an attractive proposition to regional investors.”

According to Dhar, angel dollars are now flowing freely all over the G.C.C. and, while this is generally positive, the danger, he believes, lies in when there is a gap in the education for people who have liquidity in angel investment and who are lured by the bright lights of high yield investments. “There has been such a rush for people to tell stories of success that sometimes the stories of failure don’t get told at all. Investors, on every level, need to be continually educated on how to do due diligence and fully scrutinize their investments.”

With MEVP recently announcing the launch of its third MENA venture capital fund—the Middle East Venture Fund III (MEVFIII) - with a target size of $250 million, the fund aims to address the significant lag in the amount of capital available for growth stage venture capital funding. The fund is expected to help accelerate the growth of the venture capital ecosystem in meeting the growing demand for technology products and services.