Opening Up The Silver Screen 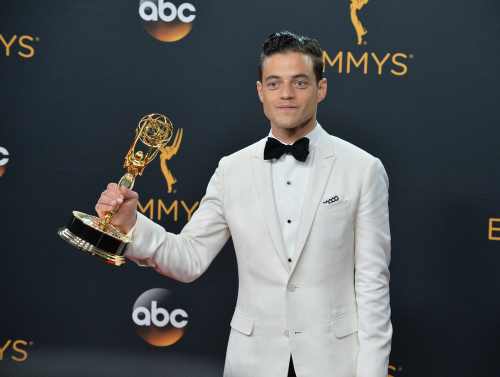 With Saudi Arabia lifting the ban on cinemas, entertainment firms and cinema operators are eying a slice of this massive, untapped market.

After 35 years of blank screens, Saudi cinema goers are preparing to reacquaint themselves with the multiplex experience—replete with popcorn, recliner seats and laser projectors. This is all part of a rich mix of activities denied to young Saudis by the kingdom’s conservative strictures.

It was not ever thus. Cinemas did once operate in the kingdom. But in the clampdown that followed a militant assault on the Grand Mosque in Mecca in 1979, conservative clerics gained renewed powers to shut down most forms of public entertainment. Cinemas—viewed as particularly sinful and dangerous—proved to be an easy target.

The situation has come full circle, with a resolution passed on December 11, 2017 enabling licenses to be granted for commercial theatres. The first cinemas in Riyadh are on course to open as early as March 2018, in the latest in a series of cultural taboos to topple as a result of Crown Prince Mohammed bin Salman’s reform program.

The 32-year old heir to the throne views social change to be just as important as economic reform, as he seeks to overhaul the kingdom’s institutions and traditions. The cinema plan is “central to the government’s program to encourage an open and rich domestic culture for Saudis,” the Information Ministry said in a statement. There are also political spin-offs. Finding activities for young Saudis to engage in is seen as helping to prevent them spending time on other less productive activities. Terrorism feeds off boredom, just as much as it does religious fanaticism.

The Saudi cinema plans are hugely ambitious. The Ministry of Culture and Information envisages 2,000 screens in more than 300 cinemas by 2030, with the industry expected to contribute about $24 billion to the economy and add more than 30,000 permanent jobs. It fits in with the aims of Vision 3030, which envisages billions of dollars being pumped into tourism projects, including aqua parks and theme parks.

Western exhibitors are also eying up opportunities. Vue International, which has more than 200 sites globally, has plans to launch in the kingdom. The company’s founder, Tim Richards, was invited to Riyadh in late October for the Future Investment Initiative conference organized by Crown Prince Mohammed. “It’s a unique opportunity and one that reminds me of opening up new markets in the 1990s, where you would go into a new market without any kind of existing cinemas, or that were rundown or underinvested. In Saudi Arabia, there have been no cinemas since 1982 so it’s a chance to build something very special and exciting,” says Richards.

Vue International has had a serious look at the Saudi market, and now has its cinema designs ready to go.

“There’s enough room in Saudi Arabia for a couple of the big exhibitors,” says Richards. “The key thing is that there will be a temptation to build for today, but our plan will be to build for today and tomorrow, because we have been opening up new markets for over 20 years. We know what often happens is that people go into a new market and build something very big and then there’s always going to be competition and then you end up with a white elephant.”

Instead, says Richards, the aim is to build something “unique” and appropriate for the long term. But he allows that this is not the time for experimenting. Vue International’s aim is to bring in tried and tested methods to the consumer.

That still leaves potentially sensitive issues such as gender segregation to deal with. Exhibitors may need to be resourceful in approaching this. “Our cinemas have been designed to be very flexible, but they have also been designed to accommodate the current situation in Saudi Arabia,” says Richards.

Although Saudi Arabia saw its last cinema screen flickering as far back as 1982, it should be an easy market to cater to, thanks to the emergence of high quality shopping malls in recent years. With these large retail centres already up and running, it makes it easier for exhibitors to “plug and play” their screen concepts.

The bureaucratic headaches of finding property space may not apply. “The major challenges in other markets are all about securing the property, getting planning permissions, and getting licenses. All of these are pre-existing or will be fast tracked in Saudi Arabia, so this is something that is not going to be years in the making,” explains Richards.

There is also a broader economic multiplier effect, as cinemas can play a key role in expanding the Saudi services economy—and providing jobs to young people. This ties in with the Kingdom’s opening under Crown Prince Mohammed, which takes seriously the social constrains that many young Saudis find stifling.

Cinema is already playing a central role in transforming stereotypes about Saudi life. Local film makers have introduced the world to the Kingdom’s vibrant narrative culture. The much-lauded film Wadjda, directed by a Saudi woman, appeared in 2013. In 2016, the Saudi romcom Barakah Meets Barakah, by director Mahmoud Sabbagh, premiered at the Berlin International Film Festival

The entrance of the big exhibitors will likely concentrate on more straightforward commercial fare, such as the blockbusters that can be seen in any of Dubai’s multiplexes. Even so, these are exciting times for cinemagoers and exhibitors alike. “In one sense, it is uncharted water because the opportunity here is so massive. Riyadh with seven million people, is a bit like New York or London—but doesn’t have a single cinema,” says Richards.

2018 should see that change—and with it also should change more stereotypes about Saudi life.