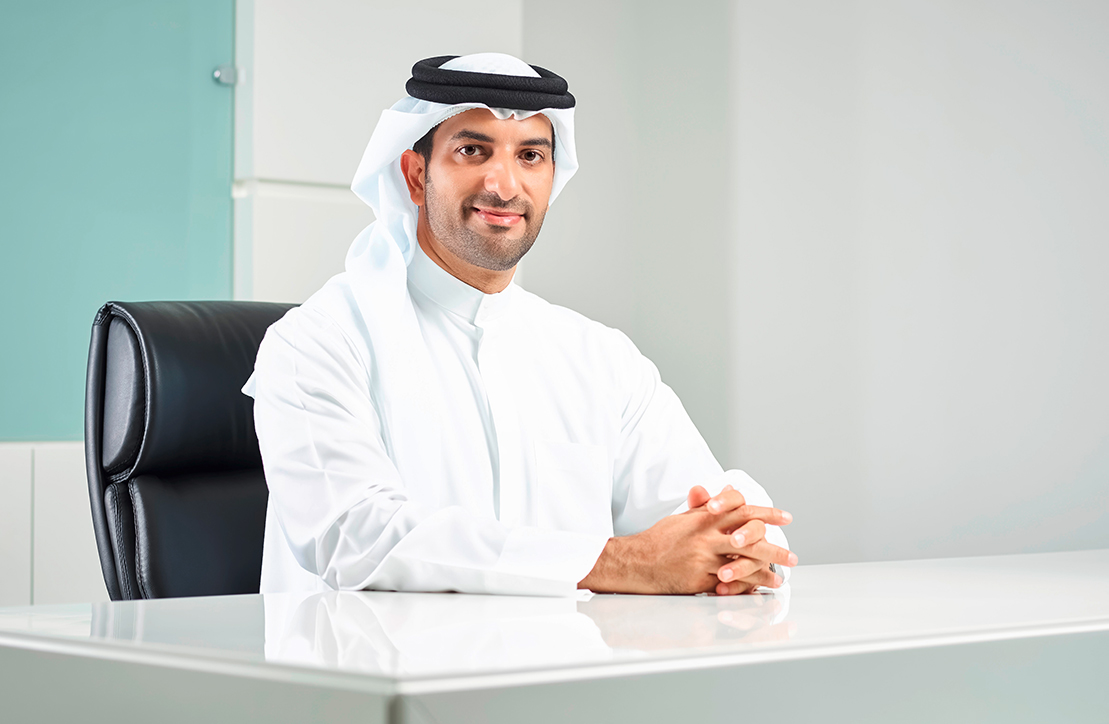 His Excellency Sheikh Sultan bin Ahmed A Qasimi is resolutely focused on increasing local and international investment into the small but significant emirate of Sharjah. As Chairman of real estate developer, ARADA, he is today creating multi-billion-dollar communities that are forming a cornerstone in Sharjah’s continuous growth.

Can you tell us about how and why you first established ARADA? What did you think was missing in Sharjah’s real estate market that needed to be addressed?

Sharjah is currently undergoing a transformation on several fronts—in the real estate sector, thanks to the 2014 law change that allowed all nationalities to purchase property here, in industry, in tourism, in education and so on. This is due to the Government of Sharjah’s determination to create a prosperous, future-facing emirate that retains its significant heritage and traditions. We have seen yet another record budget this year ($5.9 billion), with spending up 6% on last year.

My business partnership with Prince Khaled began some years ago. In 2016, we sat together and noticed that the Sharjah property market was missing one key component: integrated communities with expansive amenities, featuring well-designed homes, at an accessible price point. Simply put, we wanted to build quality homes in attractive, green communities, where the middle class would want and could afford to live.

This segment did not exist before we launched ARADA. I am delighted to say that the sales success we have witnessed with our two communities shows that we are addressing that demand.

Since launching your two flagship communities—Nasma and Aljada—in 2017, what progress has been made on their construction? When is completion due and once complete how many people will these communities house?

We launched our first project, Nasma Residences, in March last year—the first phase sold out in less than a month, making it the fastest-selling community in Sharjah. Construction on the first phase is now 60% complete, and we are on track to complete this phase by the end of the year. Construction on the second phase is now 20% complete, and I’m proud to say that ARADA’s first completed property—a show villa—is now open to the public. We have also reached the first floor of Nasma Square, our community shopping center, which will be finished by the end of 2018. The entire project will be finished by the end of 2019.

We launched Aljada in September last year. It is Sharjah’s largest mixed-use lifestyle destination, located on the last large plot of available land in the heart of the city. We broke ground onsite at the beginning of April, and we are now working on two main areas—the first four buildings in Phase 1 (due by end 2019), and the first phase of the Central Hub, which will be open in Q1 2019.

We would estimate the population at Nasma Residences to be around 4,000 when complete. At Aljada, we have estimated the total population to be around 70,000—including residents, workers and visitors.

How much investment is needed to complete these projects?

What are some of the unique design aspects of the residences and facilities?

Our communities are characterized by wide green spaces. It is important to us that every resident in our projects has access to parks within a few minutes’ walk from their front doors. Sustainable building designs are at the heart of what we do.

The Central Hub at Aljada, designed by Zaha Hadid Architects, features extensive lush vegetation fed by reused wastewater, and will be partly powered by solar panels. The buildings have also been shaped and laid out in such a way to make the best use of shading to reduce the need for artificial cooling.

We are also launching Sharjah’s first smart homes, in Aljada’s Misk Apartments. These show our commitment to going above and beyond when it comes to customer expectations. Not only is this addition free of charge, it enhances security, saves money and helps save the environment as well.

Also, at Cityscape this year, we’ll be revealing our smart city concept—our vision is to build one of the U.A.E.’s most modern, connected and forward-thinking communities. From environmentally-friendly measures such as electric transport and extensive use of renewable energy, we’ll also be using data to help deliver truly next-generation services to our residents via mobile apps.

What has demand for the properties been like among U.A.E. residents?

We’ve seen incredibly strong take-up from U.A.E. residents, especially Emiratis, who make up about 60% of buyers in both communities. In addition, there has been significant investor interest from Gulf Arabs, Arabs of other nationalities (especially Lebanon, Syria, Egypt and Jordan), Indians and Pakistanis.

Non-Arab investors without a U.A.E. residence visa can now purchase property in Sharjah—what impact has this had?
The recent change is yet another sign of the Government of Sharjah’s commitment to developing its real estate market. Although the law change is relatively recent, we have seen an increase in bookings and inquiries. We are planning to take advantage of this by undertaking marketing drives in locations such as India and China.

Do you believe Sharjah has the potential to compete with the hubs of Dubai and Abu Dhabi as a global destination for investors, residents and tourists?

We believe that Sharjah complements rather than competes with our neighbors in the U.A.E. For example, Sharjah is well known for its cultural offerings. At the same time, University City is one of the most important hubs for education in the Middle East, and that in turn has inspired a start-up revolution in the emirate.

With companies like ARADA and Tilal Properties, we are already addressing the need for more integrated mixed-use communities. These plans feed into SCTDA’s vision to welcome 10 million tourists to Sharjah by 2021.

The Central Hub is a key example of this. We are not building this just to cater to people in Sharjah and the Northern Emirates. Our ambition is to attract visitors from the rest of the U.A.E. and internationally. We are building a truly unique indoor/outdoor entertainment and leisure experience that is unlike anywhere else in the Gulf. Aljada’s Business Park—with 500,000 sqm of leasable space—will be Sharjah’s new commercial heart, with well-designed, spacious and modern offices with great connectivity. It’s also adjacent to the SAIF Zone, and the American University of Sharjah’s Science, Research & Technology and Innovation Park (SRTIP), which is being built as we speak.

Given all this, I truly believe that Sharjah is on the cusp of an incredible transformation that is at the same time rooted in our traditional outlook.

How resilient has Sharjah’s real estate industry been to recent downturns in rental and buying prices? Do you think an oversupply has caused the slump?

Sharjah’s real estate sector has always been slightly different to other neighboring markets in the Gulf. While every property market has troughs and peaks, our fluctuations have been a lot smoother, even during the financial crisis a decade ago. In fact, Sharjah was the only part of the U.A.E. to see a rise in villa rents in the last quarter of last year, according to Cluttons.

The government’s decision to allow all nationalities to purchase property in Sharjah has resulted in a real revitalization of the real estate sector. The total value of real estate transactions rose 20% to over $8 billion in 2017 against the previous year, and we only see this figure growing.

Oversupply might be an issue in other parts of the Gulf, but in Sharjah we believe the opposite is the case. ARADA was set up to address the lack of supply of good quality, well-designed homes positioned at an accessible price point. Our sales results so far tell us that our vision has been vindicated.

What plans do you have to expand real estate and tourism opportunities in Sharjah?

For now, we are very much focused on the projects that we announced last year. While Nasma Residences will be completed by the end of next year, we expect that Aljada will take until at least 2025 to complete.

The size and scope of Aljada means that we will have many announcements linked to the project in the coming years. These will build on existing relationships that we have already sealed with the likes of AUS and Emaar, and will focus on retail, leisure, education and healthcare, to name a few.

That said, we review other opportunities as and when they become available. Our long-term plan involves expansion into Dubai, Saudi Arabia and further afield.

What is your ultimate dream for Sharjah?

Sharjah is already on an exciting growth path, and this has been spurred largely by the government. However, it is important that private companies now step up to the mark, which is what we are doing at ARADA.

For Sharjah to achieve its goals, we need to build on the current momentum. We are welcoming more new companies than ever before, with projects like Tilal City and Aljada encouraging even more businesses to open here. Spending on infrastructure is already at a record level and new models such as PPPs can ease the burden on the government. Strong infrastructure, more commercial opportunities and greater FDI will all help our current growth path, which is setting the standard for a future-facing emirate that also wears its heritage with pride.