The Autonomous Vehicle: From Sci-fi To Reality 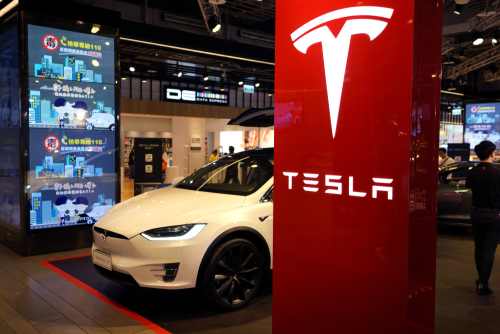 We have seen many futuristic self-driving cars on the silver screen. From the Lexus 2054, that was part of a computer-controlled mass transit system with self-cleaning and color changing features (in the Minority Report), to the self-driving Chevrolets (in “The 6th Day”); these cars are finally moving into the real world.

The actual growth of the autonomous driving (AD) market began in 2011 when level 1 automation (Advance Adaptive Cruise Control) was introduced and the industry moved to “feet off” stage. In 2015/16, semi-automated level 2 “hands-off” capabilities were introduced. Now we have recently seen the introduction of a level 3 “eyes-off” vehicles when Audi launched the first highly-automated car, with all the necessary systems for hands-off highway driving, and a long-range LiDAR for eyes-off capabilities.

These level 3 (L3) vehicles are becoming the turning point for technology testing, opening the gateway to mass-market adoption of automated technology. We expect 2018 to be the year of L3-automated vehicles for highway use, level 4 (L4) testing, and implementation of autonomous vehicles for limited, controlled and well-defined scenarios.

When talking about autonomous vehicles, Dubai cannot be missed out. The emirate is gearing up to become the autonomous driving capital of the world. The Dubai Future Foundation has already developed an Autonomous Transportation Strategy, which is expected to bring in nearly $6 billion in annual economic revenues in several sectors by reducing transportation costs, carbon emissions and accidents, and raising the productivity of individuals as well as saving hundreds of millions of hours wasted in conventional transportation.

It will also help to cut transportation costs by 44%, resulting in savings of up to $245 million a year. It will help save $408 million a year by reducing environmental pollution by 12%. And it will generate nearly $9 billion in annual economic returns by increasing the efficiency of the transportation sector in Dubai and making up to 25% of daily transportation self-driven by 2030.

Successful testing of autonomous pods by the Road Transport Authority (RTA) earlier this year was the stepping stone of making daily transport in Dubai self-driven. Once commercialized, these pods will travel on pre-programmed routes initially, but would eventually offer pick-up and drop-off services using a mobile application.

Autonomous driving and shared mobility solutions are expected to result in the convergence of e-hailing and car-sharing business models. One such example is Waymo. Its autonomous shared-mobility software works on an early rider program, which is expected to provide a fillip to Waymo to expand into the shared mobility space with Lyft fleet management solutions. Waymo has conducted more than 3.5 million miles of on-road testing and its software is tried and tested for the widest range of use cases, enabling faster commercialization.

The industry has already seen investment grow to $80 billion between 2014 and 2017, and this is further expected to increase twofold from 2018 to 2022. Most of the investments are for the development of microchips, sensors, auto electronics and artificial intelligence.

How Big Is The Global Market?

The global market is expected to grow up to $173.1 billion by 2030, with shared mobility services contributing to 65.3% of that. China is expected to sell more cars than North America and Europe, but from the technology penetration aspect, Europe is expected to lead globally. The market for autonomous driving in emerging markets is expected to pick up towards 2023, primarily in Asia followed by South America, despite regulatory uncertainties, and technological and infrastructure challenges.

Privately-owned autonomous vehicles are expected to be valued at $60 billion by 2030, whereas 2018 is expected to be the year of the introduction of L3 vehicles. However, all of these vehicles would be in the premium segment, subsequently leading to a low-volume market. L4 vehicles are likely to surpass L3 and L5 in terms of market penetration from 2030 onwards.

All major Original Equipment Manufacturers (OEMs) and Technology Service Providers (TSPs) are shifting their focus towards the development of artificial intelligence and off-the-shelf solutions, enabling tremendous growth and partnership opportunities. Key OEMs such as Daimler, Volvo, Toyota, BMW, VW, Ford and GM are expected to start building a product portfolio aside from their legacy vehicles, converging electric, autonomous, shared and connected driving.

One-time hardware sale and functions on demand are expected to be the future—a feature currently offered in the connectivity space will extend to the autonomous driving and mobility domains as well. Customized cars for different journey types, connected services with on-the-go insurance, and HMI for different driving scenarios are also expected. Several OEMs are looking at self-driving cars as a service and expect it to be a major revenue generator, besides sale of legacy vehicles over the coming years. OEMs such as BMW, Ford, Toyota, and VW are exploring development and launch opportunities with a robo-taxi service as part of a new mobility brand.

This will all provide enormous opportunities to many industries. One such example, possibly the least thought about, is the entertainment industry, which has become an important part of autonomous vehicle discussion, where vehicles could have a lounge atmosphere and a self-driving car could offer movies, TV and games as well as platforms like virtual and augmented reality.