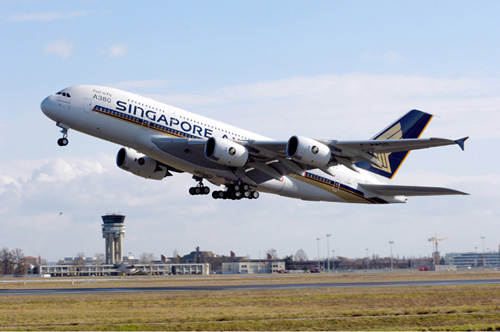 This year we’ve seen some significant achievements in the aviation industry, from tackling climate-friendly travel to record-breaking ultra-long-haul flights.

Now, aviation safety and product rating site AirlineRatings.com has revealed its top 20 airlines based on criteria including profitability, passenger reviews, and staff relations.

Middle East-based airlines, including Emirates Airlines, Etihad Airways, and Qatar Airways, made it onto the ranking. And, though not included in the top 20, Air Arabia was also given an award for Best Low-Cost Airline.

Here’s are the eight best airlines in the world for 2020, according to AirlineRatings.com.

Air New Zealand was crowned the world’s best carrier, taking over what was Singapore Airlines’ spot for the last seven years. It earned the top position for factors including performance, inflight innovations, safety record, and staff motivation, as well as its eco-conscious moves.

Though Singapore slipped a spot, it still takes second place for its catering programs as well as its new first-class suites. The airline was also awarded for Best First Class.

All Nippon Airways is the biggest operator of the Boeing 787 and is set to launch Boeing’s newest jet, the 777X, next year. The airline recently unveiled new first and business class cabins.

The Australian airline achieved a record-breaking direct flight trip from London to Sydney this year and picked up an award for the Best Lounges.

Although it has been facing a couple of hurdles due to the social unrest in Hong Kong, Cathay Pacific Airways managed to still rank in the top 10.

Emirates, which was the most trusted brand by consumers by the 2019 YouGov Brand Advocacy Rankings in the UAE,  was awarded the Best Long-Haul Airline and Best Inflight Entertainment awards. The UAE’s flag carrier recently introduced all-new first-class suites and business-class seating, and it is expected to also introduce an all-new premium economy section to its aircraft in 2020.

Ranking at number seven is Virgin Atlantic, with credit given to its new business-class cabin and routes.

A leader in Taiwanese aviation, EVA Air is the eighth-best airline in the world for 2020.  It was hailed for being at the forefront of cabin innovation.