Boeing 737 Max Insurance Payout To Be Largest Ever 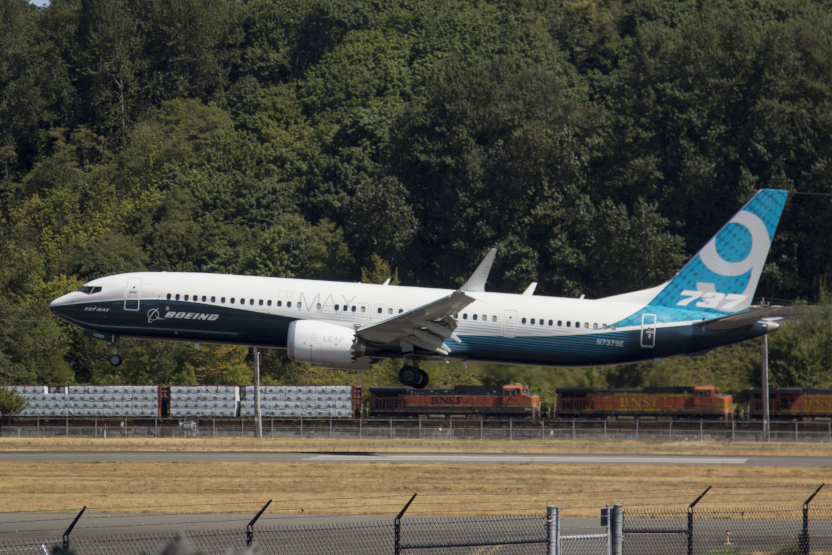 Aircraft manufacturer Boeing could net the biggest insurance payout after one of its aircraft models – 737 Max – was involved in two fatal crashes, S&P Global Ratings has predicted.

In a press conference, S&P’s director Marc -Philippe Juilliard called the two crashes as the “worst disaster in the history” of aviation insurance. While he did not provide a concrete figure on how much the payout would cost, the final settlement is expected to be substantial considering that insurance will need to cover the period the model has been grounded.

Juilliard added that the final amount will be revealed when Boeing 737 Max takes to the skies.

Boeing’s 737 Max jets have been grounded since March 2019 after two fatal crashes within six months traced the fault to a stalling feature in the aircraft. The crashes, which first occurred in Indonesia and later in Ethiopia, killed 346 people, prompting the regulators to ground the aircraft until the errors with its piloting system have been rectified.

Ever since then the plane manufacturer has been working with the authorities on a software upgrade that would help the 737 Max aircraft to take to the skies again. Boeing added that eventually the aircraft’s return to operations will be determined by the regulators, but for the purpose of accounting it has pegged its return date as the early fourth quarter of 2019.

The grounding of 737 Max aircraft - one of Boeing’s best-selling models - has also compounded airlines’ troubles, forcing them to cut capacity in some of the peak flying seasons or rely on older models to meet demand. Financially, Boeing has booked a loss of $3 billion in the second quarter as it recognized the costs related to compensation and grounding.

Delays in getting the Max to the skies could further balloon costs for Boeing. The plane manufacturer allowed that costs associated with grounding could eventually increase if the current timeline in getting the jet operational shifts further.

As of now, the officials are hoping to get the aircraft back to operations by December but that could shift again if the faulty feature is not rectified.