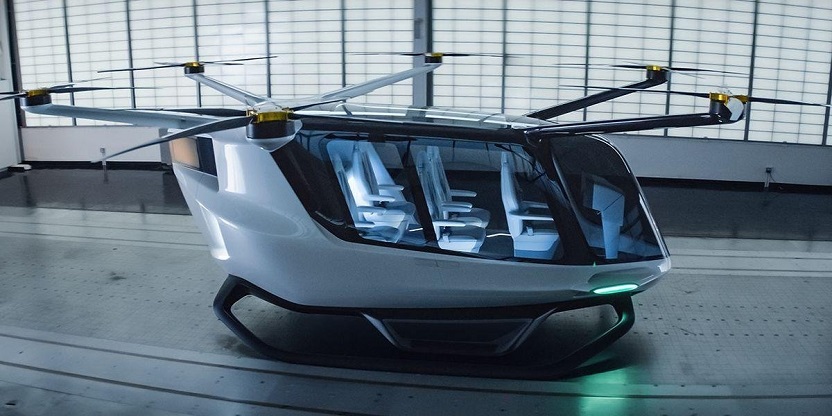 For decades, researchers have pondered how to harness the potential of hydrogen to power aircraft.

Now advances in technologies including fuel cells and electric motors have emboldened two startups to attempt to develop what could be the first commercial hydrogen-propelled aircraft.

Alaka’i Technologies is aiming to test fly this year a five-seat multi-rotor aircraft powered by hydrogen fuel cells that’s designed to take off and land vertically. The Massachusetts-based startup says it will have a range of up to 300 miles and hopes to achieve FAA certification next year.

In California, the startup ZeroAvia says it has flown about 10 test flights of a Piper Matrix retrofitted with a hydrogen fuel cell system. The company is aiming to produce a propulsion system that could be offered as an option by aircraft makers on planes that carry up to 19 passengers, like the Viking Twin Otter or the forthcoming Cessna SkyCourier, as a replacement for the venerable Pratt & Whitney PT6 engine. ZeroAvia aims to bring it to market in 2022.

CEO Val Miftakhov, who founded an electric car-charging station business, eMotorWerks, that he sold to Enel in 2017, says that battery development isn’t progressing at a fast enough pace to power aircraft of enough range and size to make a meaningful difference in the fight against global warming.

“I wanted to see what can be done to bring zero emission aviation to a large and existing segment,” says the 44-year-old, who immigrated to the U.S. from Russia in 1997 to enter a doctoral program in physics at Princeton.

With hydrogen used to make electricity through proton exchange membrane fuel cells, Miftakhov says his propulsion system will generate an electrical output of 700 to 800 watt-hours per kilogram, about four times more than the best batteries available today.

Alaka’i and ZeroAvia are taking different approaches to overcome the density problems of hydrogen. Alaka’i aims to use hydrogen cooled into its denser liquid form below -423 degrees Fahrenheit and stored in a double-walled tank at a pressure of 100 psi. ZeroAvia is compressing gaseous hydrogen to about 5,000 psi, betting that the safety record established on the road by similar high-pressure fuel cell systems in vehicles like the Toyota Mirai and Honda Clarity will make it easier to pass muster with the FAA.

At 5,000 psi, compressed hydrogen would take up about three times the volume as an equal amount of liquid hydrogen by energy content, says Phil Ansell, an assistant professor of aerospace engineering at the University of Illinois at Urbana-Champaign. However, because liquid hydrogen boils at such low temperatures, it creates challenges for safely storing and venting it if the tank containing it heats up.

Ansell is leading a NASA-funded program called CHEETA to explore creating a super-cold cryogenic liquid hydrogen fuel cell system for aircraft in which the low temperatures would be used to enable superconducting electrical systems.

Miftakhov says his propulsion system’s operating costs will be close to half those of conventional turbine aircraft due to lower fuel costs and reduced maintenance. And in what may be a gambit to compensate for the high cost of fuel cells, ZeroAvia aims to lease its propulsion system to customers in a “power by the hour” arrangement, which has become common with large turbofan engines, where the operator pays a fee based on usage that includes maintenance.

One other key element that will be lower: range. ZeroAvia is aiming to enable flights of 500 miles, roughly half the range of the aircraft it hopes to become an option for compared to their current conventional propulsion systems.

Miftakhov argues that 500 miles is more than enough range. “About 50% of worldwide departures are less than 500 miles,” he says. And much like the strategies of electric aviation hopefuls like Zunum Aero and Eviation, he believes that the lower operating costs of his propulsion system will open up new markets, enabling more affordable passenger service between smaller cities.

The business case raises questions for Teal Group analyst Richard Aboulafia, who thinks the commuter airlines that operate small planes might be hesitant to limit their fleet flexibility by acquiring planes with a lower range.

“Is this sort of experimentation worth doing? Sure,” says Aboulafia. “But nobody really knows the economics of small planes with hydrogen.”

Fuel and maintenance are only part of the cost equation for aircraft operations, along with crew salaries, and capital and infrastructure costs, Aboulafia points out.

“Just because you can make an uncertain but possible difference in one of those areas doesn’t mean that everything gets revolutionized,” he says.

Leasing the propulsion system on a power by the hour basis also means that ZeroAvia will have to find backers who are willing to finance its sales and wait patiently for revenue to come in.

Mifthakov says he’s in talks with private-equity funds that are interested in backing his sales model.

He says ZeroAvia has taken in “several million” dollars in seed funding, half self-funded and the rest from investors, including the socially responsible fund SystemIQ. The company is currently seeking to raise a $10 million A Series round. His optimistic prognosis is that he can get to market for close to $50 million.