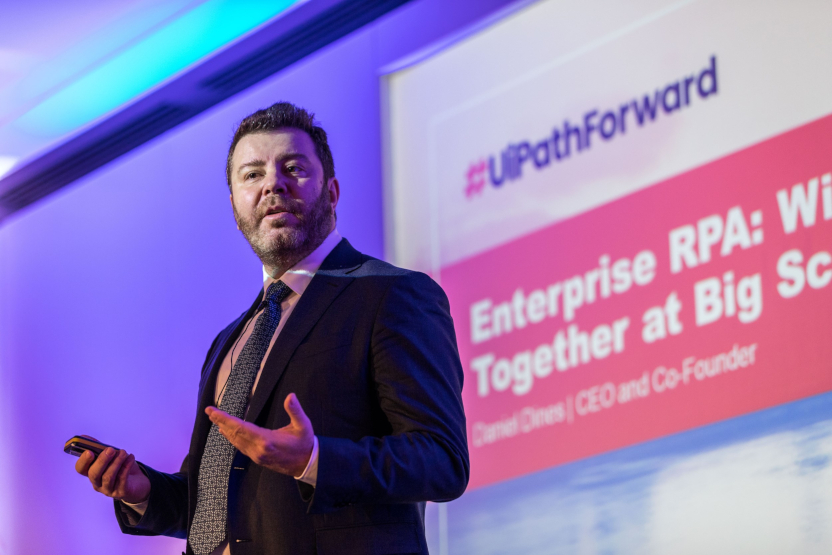 Automation has revolutionized the way business is done, creating a billion-dollar opportunity for players within this sector. Bucharest-based UiPath, a robotic process automation (RPA) firm which has been automating repetitive business tasks, announced that it has raised $568 million in Series D funding at a post-money valuation of $7 billion.

The latest funding round was led by Coatue and joined by Dragoneer, Wellington, Sands Capital, and funds. Accel, who led the Series A and B rounds, and CapitalG and Sequoia who led the Series C round, all participated in this round, as did other existing investors, including IVP and Madrona Venture Group.

At the current valuation, UiPath says that it is one of the fastest growing and highest-valued AI enterprise software companies worldwide.

The company boasts of customers such as Google, American Fidelity, BankUnited, CWT (formerly known as Carlson Wagonlit Travel), Duracell and Uber among others. UiPath, which last raised funding in April 2017, has also reported healthy earnings. Its annual recurring revenue (ARR) from $8 million to $200 million and claims to have cultivated the world’s largest community in RPA.

“We are at the tipping point,” says Daniel Dines, UiPath co-founder and CEO. “Business leaders everywhere are augmenting their workforces with software robots, rapidly accelerating the digital transformation of their entire business and freeing employees to spend time on more impactful work.”

While robotics and automation have evolved to be a billion-dollar market, they are also often seen as a threat to human jobs. But UiPath is trying to differentiate itself by showing that they are not snatching the human jobs but just taking the most repetitive tasks out of their hands so that they could focus better on their work.

This has also been a point that has caught the investors’ fancy.

“UiPath is improving business performance, efficiency and operation in a way we’ve never seen before,” said Philippe Laffont, founder of Coatue Management. “The company’s rapid growth over the last two years is a testament to the fact that UiPath is transforming how companies manage their resources. RPA presents an enormous opportunity for companies around the world who are embracing artificial intelligence, driving a new era of productivity, efficiency and workplace satisfaction.”