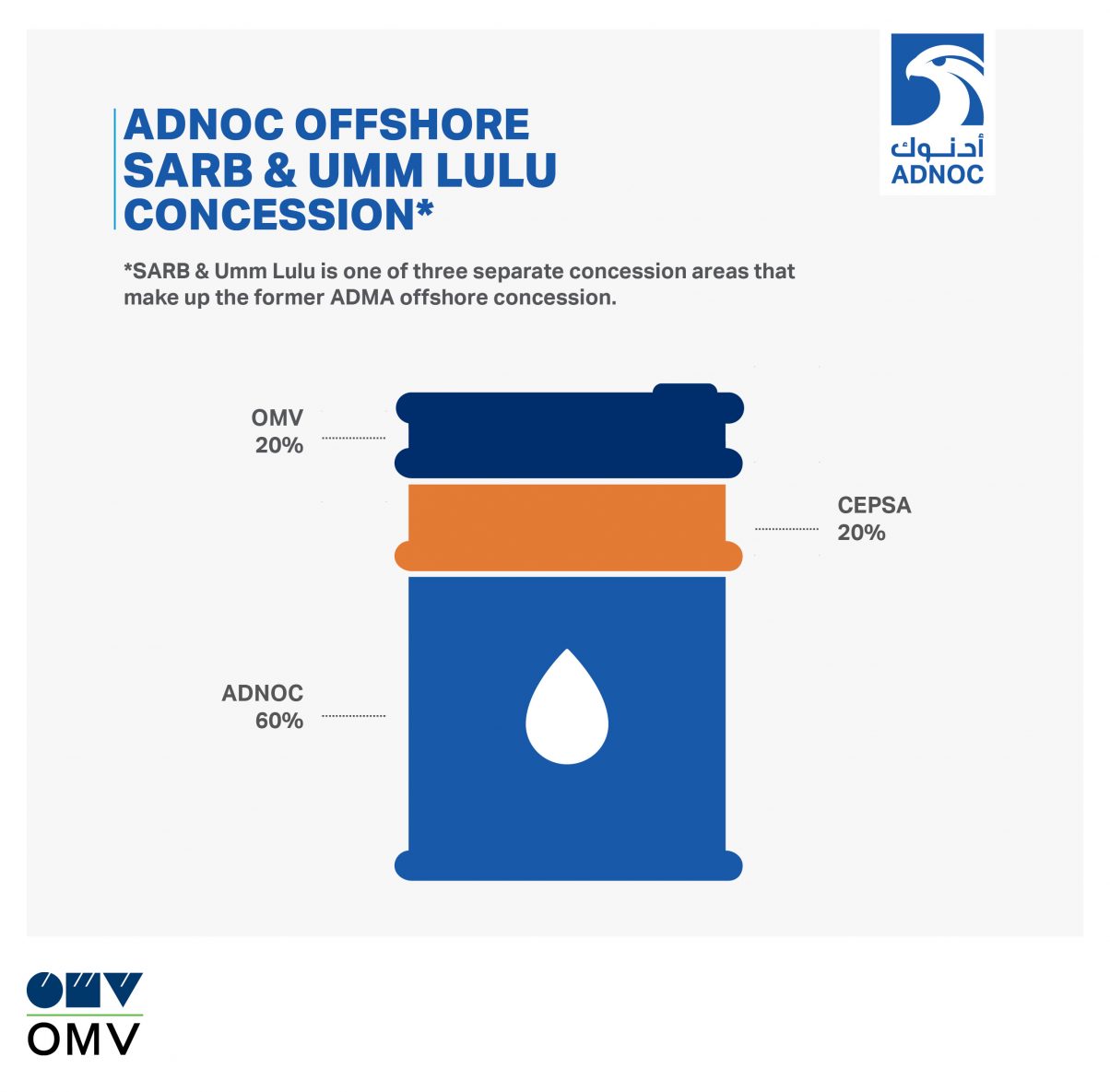 Austria’s OMV is an oil and gas company, part-owned by a subsidiary of Abu Dhabi's Mubadala Investment Company. The deal between OMV and ADNOC is effective for 40 years starting from March 8, 2018.

Through this deal ADNOC aims at 215,000 barrels oil production a day from the concession. The U.A.E.-based oil giant didn’t specify the time to reach the capacity. While the Umm Lulu field started oil production in the fourth quarter of 2016, SARB for the first time will pump oil this year.

As oil prices recover, ADNOC is looking to expand its international footprint.

Earlier this month, ADNOC’s fuel retailing arm secured a license to start operating in Saudi Arabia. The move will mark the distribution arm’s foray into international markets. Within the U.A.E., ADNOC is the largest fuel distributor and enjoys a 67% market share in the Emirates by number of petrol stations.

The company issued and closed a $3 billion bond, one of the largest non-sovereign bond offerings in the history of the Middle East in November 2017. In December last year the Abu Dhabi-headquartered company raised $851 million floating 10% of its retail distribution arm—operating gas stations—on the Abu Dhabi Securities Exchange (ADX).