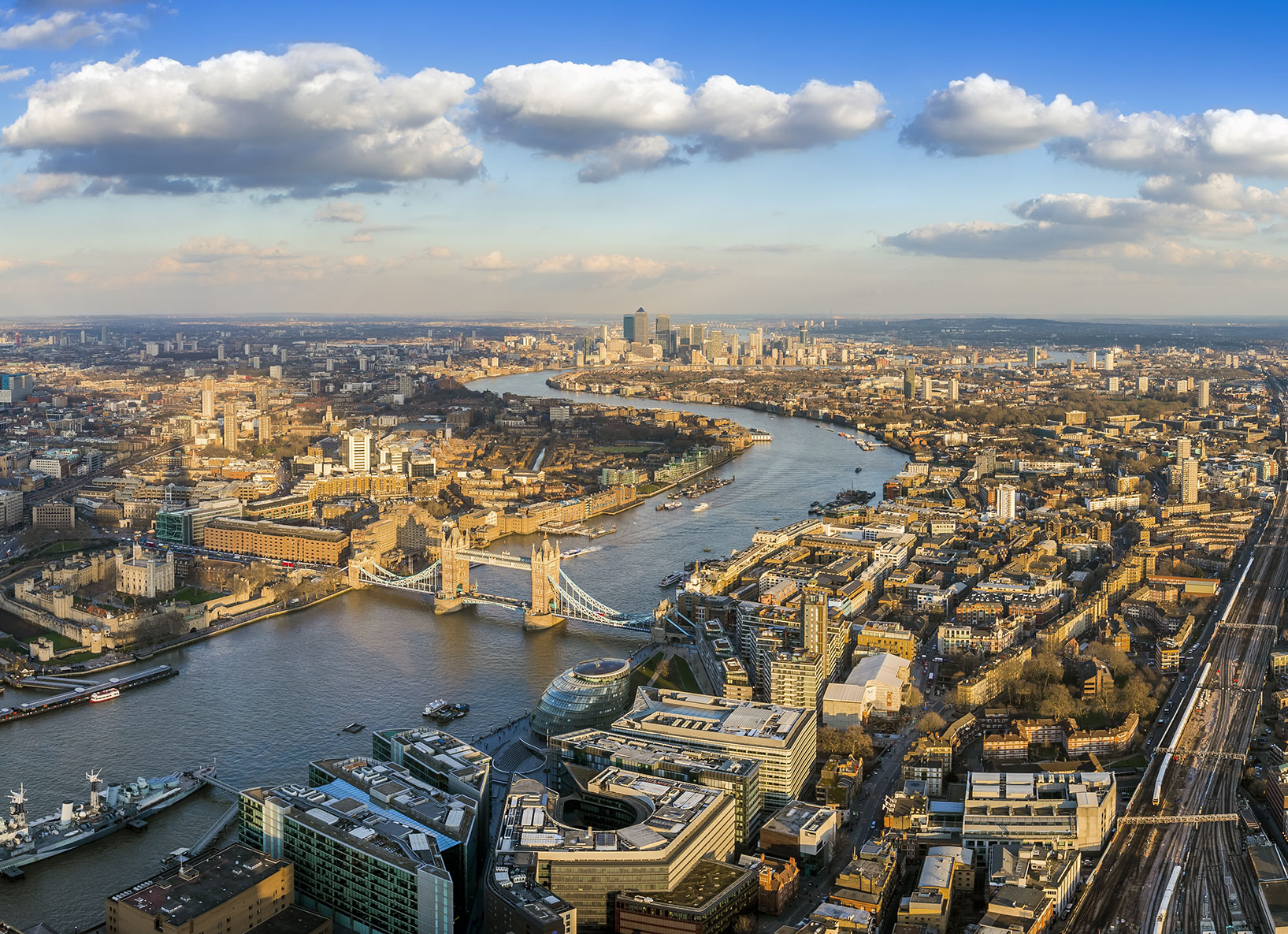 It may be one of the fastest-paced cities on the planet, with a mindboggling climate capable of cramming four seasons into a single day, but two things in London remain reassuringly constant: booming business and global appeal. A melting pot of human, intellectual and economic resources, London today vies with New York for the title of global finance capital. It comes as little surprise then that the property market in this city of eight million-plus people (more than 15 million in Greater London) continues to draw well-heeled investors from far and wide—or as Liam Bailey, Global Head of Residential Research at real estate consultancy, Knight Frank, calls them, the “globe-trotting elite.”

Trumped only by Hong Kong, Jakarta and Beijing in terms of price growth since the lows of early 2009, demand for residences in some of central London’s most coveted neighborhoods—Marlybone, Chelsea, Notting Hill, to name a few—makes one wonder if the global financial crisis has happened at all. Now, traumas in the Eurozone, low interest rates and weakness of the British pound rally to boost London’s appeal even further.

According to Knight Frank’s Spring 2013 London Residential Review, price growth in London—a city abuzz with 300 languages and ethnicities of equally diverse proportions—stood at 8.7% last year, streets ahead of other metropolitan favorites. In New York, growth fell to -1.4%; in Paris, -4%; and in Geneva, -6%. The secret to London’s success: international demand. “The desire of international investors to buy into the sector has continued and overseas demand remains a large contributor to price growth,” asserts Bailey.

Over the past two years, just over half of buyers who purchased London properties in excess of £1 million ($1.5 million) were from outside the UK, explains Knight Frank’s expert. This figure rises to 60% for residences surpassing the £5 million ($7.7 million) mark. Russians, Americans and Indians accounted for more than 15% of London’s total 2012 sales, but from investor to inhabitant, Middle Eastern affinity with the UK’s capital is hard to ignore. Arabs make up 1.3% of the city’s population, says the UK Office for National Statistics, but many more are snapping up London’s hottest property.

According to Bailey, Middle Eastern buyers currently account for just over 9% of prime London property purchases, with average spend exceeding £3.8 million ($5.8 million); the neighborhoods of Knightsbridge, Riverside and Kensington garner most Arabian favor. Whether stemming from long-held affection or simply financial means, Emirati interest in the bustling British metropolis appears the greatest, with UAE buyers accounting for 2.4% of all purchases and 26.1% of Middle Eastern deals, followed by Saudi Arabia, Turkey and Egypt.

South Kensington drew the largest crowd of international buyers last year as a percentage of sales according to Bailey, with other neighborhoods lucky enough to fall in or around London’s swanky SW1 postal code also counting as international favorites.

Now, set to boost the averages in London’s most affluent areas even further, a lavish mansion on Carlton House Terrace, located within walking distance of Westminster, went on sale recently with its owners (reportedly Arab royalty) posting an asking price of £250 million (almost $382.7 million). Meanwhile, 1 Cornwall Terrace, close to London’s Baker Street (of Sherlock Holmes fame) sold for £80 million ($122.5 million). As the sales market grows from strength to strength, the argument that London brick and mortar serves as a wise investment is compelling to say the least.

But there is a thorn in London’s bed of property roses. A 7% hike in Stamp Duty Land Tax for properties valued at more than £2 million ($3 million), rising to 15% for “non-natural person” property owners is causing wealthy property hunters to think twice. Sales of multimillion-pound homes fell 21% in Q4, 2012 compared to the last three months of 2011.

Unsurprisingly, the sub-£2 million bracket has benefited as a result, with some significant though not catastrophic implications for the years ahead. “Our view is that over the long-term the impact of the new 7% rate will be to reduce transactions in the £2m-£3m bracket by around 5% below the level they would otherwise have been,” remarks Bailey.

Still, confidence has started to creep back up, reflected in a stronger market performance in the first quarter of 2013. Moreover, while £2 million properties may have suffered, Bailey stresses that the impact of the tax change is negligible for properties above the £3 million ($4.6 million) mark.

While sales remain buoyant, London’s current rental market is somewhat more concerning for landlords across the capital. The climate is tough with prime central London rents falling 3.2% in 2012. In search of a cause, one needs look no further than the employment market. Prime rents in London are tied closely to employment in the City (the Greater London district housing the financial services industry) and job vacancies have fallen sharply.

According to London Employment Monitor, part of the global professional services recruiter, Morgan McKinley, job availability in the financial services sector fell by 24% in 2012 compared to the previous year. Commenting toward the end of last year, Hakan Enver, Operations Director at Morgan McKinley Financial Services, explained that in 2012 the number of London jobs fell below that of New York for the first time in 12 years, while the amount of professionals looking for employment in the City had also declined. “At 3,886 [in 2012] the number of job seeking professionals in the City is at its lowest level since January 04,” he remarked.

Rental market fortunes are unlikely to recover any time soon it seems. However, there is hope: according to Knight Frank’s research, appetite for properties from prospective tenants remains high and modest rental growth is expected. “After 2014 our long-term forecast is for rents to rise by around 4% per annum, which is equivalent to long term income growth,” explains Bailey. Moreover, while rents remain subdued, total returns on prime London property has remained at double digit levels for three years straight.

Clearly, neither tax for the super rich nor employment concerns for the super exec are serving as too much of a deterrent. However, for prosperous property hunters still to be swayed by the pull of London there is another option. Nestled in the rolling English countryside or laying calmly on the outskirts of Britain’s financial epicenter are a handful of residential sanctuaries earning a reputation as favorites amongst the rich and famous.

New research from London-based global wealth consultancy, WealthInsight, shines the spotlight on the UK’s most affluent small towns and villages. According to the consultancy, Windsor, the site of one of the British Royal Family’s official residences, boasts more than 850 millionaires with average house prices standing at £366,000 ($560,000). Weybridge, which lies 8 miles outside the capital, follows closely behind with 800 high net worth individuals and average property prices of £513,000 ($785,000).

Meanwhile, WealthInsight analyst, Andrew Amolis, claims the appeal of Henley, located 30 miles from London on the River Thames, is growing fast, with millionaire numbers rising 25% between 2007 and 2012. “This compares very well with general UK millionaire numbers which declined by 9% over that period,” he explains.

Amolis affirms that towns in the London commuter belt remain the top choices for rich property seekers, though the country’s two northern entries—Hale and Alderley Edge, where average property prices soar between £460,000 ($704,000) and £480,000 ($735,000)—prove it’s not all about proximity to the capital.

Where wanderlust lures Middle Eastern buyers out of London, Bailey explains that the Surrey market dominates. “The interest from the Middle East is very much Wentworth and Saint George’s Hill,” he remarks.

Still, whether savvy investor or aspiring inhabitant, London’s attraction is hard to ignore. Two millennia ago, the first Roman sandals stepped foot in the British capital, known back then as Londinium. Built on global aspirations and international toil, the appeal of this sprawling city has continued unhindered ever since, with globe-trotting investors from the UAE to Russia quite literally holding the keys to London’s prosperity.