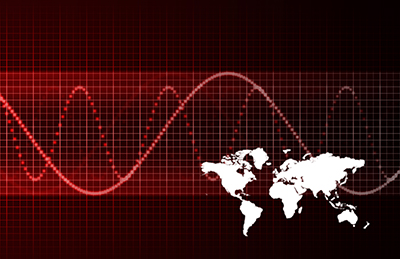 Just as the tide of the Arab Spring seemed to be subsiding, with citizens across Tunisia, Egypt, Libya, daring to hope for better after hard fought battles against their deeply-entrenched regimes, tensions within Bashar Al-Assad’s Syria boiled over. The impact and ripple effects spreading far beyond Syrian and even Middle Eastern borders are further reminders to the world that there is still a long way to go. Likewise, across land and sea and to the shores of Europe, the onset of the Eurozone crisis added a new level of insecurity—predominantly economic though with inescapable political and social repercussions. But symbolic of the contradictions and complexities of a world which inextricably binds nations and economies for better or worse, the social, political and economic landscape today is one not only of crisis, but opportunity. Furthermore, as globalization picks up pace, the world seems ever smaller. Upheaval in one corner of the planet is no longer an isolated event. In many respects, Europe can no longer be separated from the Middle East, and vice versa.

Today, as we move rapidly through 2012 and leave behind the unprecedented turmoil of 2011, it is time to look at the here and now, and perhaps more importantly, at the future. Doing just that, four experts in the fields of business, finance and economics from Switzerland’s IMD, one of the world’s leading business schools, share their views on crisis in the Eurozone as well as its implications for the MENA region.

What has caused the crisis in Europe and what are the options now?

Professor Nuno Fernandes: To understand the European crisis we have to go back to 2008, when the subprime crisis started in the US. This caused problems for several European banks that had subprime mortgages on their balance sheets. As a result, credit started to dry up and Europe headed into recession around late 2008, early 2009. The European Commission then encouraged a lot of EU governments to spend as much as possible and forget about the Maastricht Treaty criterion that budget deficits should not exceed 3% of GDP. The Commission said explicitly that they should spend now to create jobs and avert a crisis. Many governments complied with this recommendation and started spending lots of money on infrastructure projects. But Greece and many other European countries had to borrow in order to spend, and after a while financial markets started to question how reasonable these borrowings were.  And that’s when the sovereign debt crisis started, when the markets stopped giving funds to all these governments to finance their spending. So the crisis started in real estate. Then it became a banking crisis, which then became an economic crisis because of the large amounts of debt owed by European governments.

What are the options for Europe?

Fernandes: Europe and the euro make lots of sense, and the euro overall has brought significant benefits to the Eurozone. The problem is that the benefits are not well distributed. Since the start of the euro, some countries, typically in southern Europe, have always run trade deficits. At the same time, northern European countries have enjoyed surpluses as their companies were able to trade without any foreign exchange risk within the Eurozone.

How do you view Europe’s economic and financial future?

Fernandes: For Europe to have a good future there has to be more risk sharing. I think the euro is here to stay, but it can only exist if there is more integration in regard to fiscal, monetary and banking policies. In other words, there has to be more Europe and not less Europe.

Who has benefited from the recent global and financial crises?

Fernandes: I think it makes more sense to talk about relative winners than absolute winners. Relative winners include companies in Europe that export a lot of their products or manufacture a lot outside the Eurozone. In addition, many firms outside Europe benefited from the economic and financial crisis because they gained market share while European firms were struggling with financing. Some non-European firms bought companies in Europe and now have a better foothold in the region.

What should the Middle East learn from recent mistakes?

Fernandes: In terms of monetary union there are some important lessons for the GCC countries. The big lesson from the Eurozone crisis is that you cannot have a monetary union where the only thing in common is the currency. It works in good times, but when a crisis occurs countries are not going to share the risks. So if you want to have a successful single currency, you need more than that. You need more fiscal and monetary integration and regulation of banks.

What are the implications of the Eurozone crisis for the Middle East and GCC in particular?

Dr. Hischam El Agamy: Overall, there are some negatives but also positives. Regarding the Middle East, within the Eurozone, there might be some slowdown in consumption of goods exported from the Middle East—for example, textiles exported from North African countries such as Egypt and Morocco. But these textile exports do not account for a big part of these countries’ GDP. There will also be some pressure on small and medium enterprises (SMEs) exporting to southern Europe in particular. Regarding the GCC, the Eurozone crisis could potentially put some downward pressure on the price of oil. But the determination of oil prices is much more complex than this; it doesn’t just depend on economic activity in the Eurozone. On a more positive note, the Eurozone crisis is creating big opportunities for investors based in the Middle East and especially the GCC, because they have capital. They will invest more in Europe because European companies are more open to new ventures and investments. We will see some Middle East/GCC investments in the European financial sector, and maybe also at the SME level, where companies from the region will try to acquire knowledge and technology.

Professor Arturo Bris: The impact of the euro crisis in the Middle East has

been that many economies are back to the dollar and the dollar has been strengthened as a result. These economies have become way more competitive also because they are based on oil revenues. And I think these two forces, the Arab Spring, and the capital outflow that this has generated versus the positive impact of the Euro crisis on the real economy, have been playing against each other in the last couple of years. In the economy of the Emirates or Saudi or Kuwait for example, I think once the dust settles a little bit, these economies will come out stronger because the increase in competitiveness that the Euro crisis created, has helped these countries coming out of the real estate troubles that they suffered.

As some investors turn their attentions from Europe to the GCC, do you see an increasing economic gap between the GCC and the rest of the MENA region?

El-Agamy: Initially yes, because some MENA economies such as Egypt and Tunisia are still in intensive care during this period of political transition. But despite the fluid political situation, a lot of GCC enterprises are already investing in Egypt, Tunisia, Morocco and Libya. And a lot of other companies are watching the situation closely. I’m quite optimistic that in the next one to two years GCC investors will find a lot of business opportunities in North Africa. If governments and business work more closely together, and corporate governance improves, foreign direct investors will be reassured that their investments can be sustainable.

Bris: We can speak about the divide in the region, but only because of political instability, not because of the development of markets. My personal opinion is that if you look at the underground of the economies of Egypt or Algeria—all of these northern African countries…their financial markets are extremely deep and extremely well developed. So again, once the political problems disappear, with time, the Egyptian financial market and the stock market will be deeper, way more interesting, and way more attractive for foreign capital, probably than the Emirates itself. The problem is the political instability.

Professor Salvatore Cantale: On the other side, I feel that we are seeing in those regions [parts of the GCC], a little bit more complacency because of course the price of oil is very high and everybody is relatively happy. I think that in terms of  operational efficiency we can see that companies are not at the same level of development that they were a couple of years ago. Switching geographical focus for a minute, If you think about let’s say, countries like Australia; the money, and the price of the actual minerals are so high, it is destroying other areas of the economy. These are serious considerations that I think have to be somehow in the equation. On the other side, in talking about the Arab Spring, we like to think that things go in one direction; we do something here and then boom, a wave arrives over there. I think with respect to the Arab Spring, we’re seeing exactly the opposite—kind of reverse feedback if you like. Of course I understand that some of what has happened has been really terrible, but all these ideas and movements are really going from that part of the world to our part of the world, and I find this extremely refreshing.