Enemies No More: How Microsoft, Sony‘s New Deal Lays To Rest (For Now) A Long-Term Rivalry 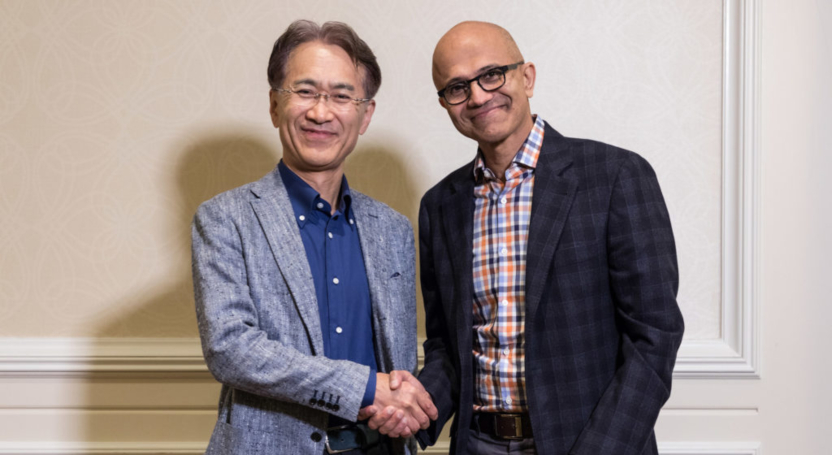 Long-term and often fierce rivals within the gaming industry, Sony and Microsoft, have been driven into each other’s arms to strike a deal where the former will use the Redmond, Washington-based firm’s AI solutions in its gaming and content streaming platforms.

The partnership will help both companies to compete better within the cloud gaming industry, which is primed for rapid growth. For Sony, which leads the gaming market with PlayStation, it will jumpstart its services in the streaming market. The deal is also seen as a boost for Microsoft, whose Azure platform can now be used in consumer products as well.

In addition, the deal also covers collaboration in the fields of AI and semiconductors, which would help develop new intelligent image sensor solutions. In terms of AI, the companies said that they would integrate Microsoft’s AI into Sony’s consumer products to improve user experience.

The partnership belies years of intense rivalry set off by Microsoft’s Xbox. But the lucrative gaming industry has started to attract relatively new players over the last few years, driving these industry giants to find common grounds of partnership.

“For many years, Microsoft has been a key business partner for us, though of course the two companies have also been competing in some areas,” says Kenichiro Yoshida, president and CEO of Sony.

“I believe that our joint development of future cloud solutions will contribute greatly to the advancement of interactive content. Additionally, I hope that in the areas of semiconductors and AI, leveraging each company’s cutting-edge technology in a mutually complementary way will lead to the creation of new value for society.”

Hailing Sony as a leader in both entertainment and technology, Microsoft CEO Satya Nadella said that “the collaboration we announced today builds on this history of innovation.” This shows that both the companies are ready to finally put behind years of competition to stay ahead of extra competition.