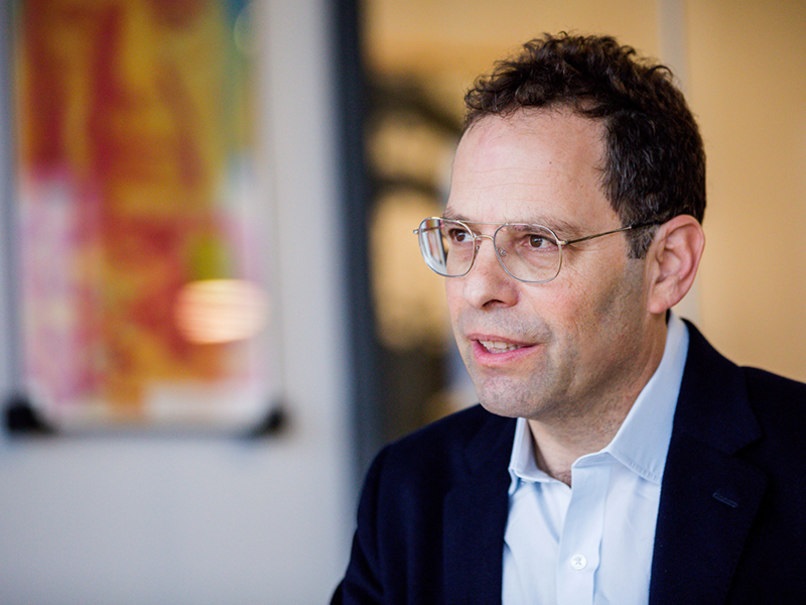 Neil Rimer is leading his venture capital fund to a $2 billion windfall from fintech, but just be careful how you describe the industry.

“You know, I actually hate that word,” Rimer interrupted when I met him last month.

The Canadian-born, American-accented, Swiss national has a tongue just as sharp as his investments.

“We’ve been investing in financial services, long before they even called it fintech.”

Today it looks like Rimer’s venture capital fund, Index Ventures, will have made more than $1.6 billion by the end of this summer from two early investments in iZettle and Adyen.

A third rumored initial public offering from Funding Circle later this year could push the Index’s 2018 windfall to more than $2 billion.

And all from European startups in the emerging field of financial technology.

Index has long built an incredible track record for spotting the “next big thing.” It made early investments in online clothing giant Asos, food delivery marketplace Just Eat and mobile gaming juggernaut Supercell—all of which were later sold for billions.

Rimer’s canny talent that has led his fund to be considered Europe’s most successful venture investor. Index saw four of its partners listed on Forbes Midas Europe list last year, with Rimer taking the top spot ahead of Accel Partners’ Kevin Comolli and Lakestar’s Klaus Hommels.

But today’s wave of good fortune is all emerging from Europe’s booming fintech sector, a trend that Rimer and his team were early to spot.

“The beauty of these industries, unlike most others, is that you can be less than 1% of your target market, even your domestic target market, and still be a business valued in the billions,” says Rimer.

“Because the markets that these guys are playing in aren’t denominated in billions, but trillions.”

Days before I turned up at Index’s Mayfair office, a minimalistic wood and glass affair that overlooks London’s Royal Academy of Arts, Rimer’s trillion-dollar opportunity was already starting to take shape.

iZettle, a European rival to Square, which was already in the midst of preparing to IPO in Stockholm, instead sold its business to payments giant PayPal for $2.2 billion.

The deal was a coup for iZettle CEO Jacob de Geer. With some savvy maneuvering he’d extracted a sale price of double the $1.1 billion iZettle had been expected to IPO for.

But iZettle was also a coup for Index too, with PayPal paying the VC $258 million for its 11.8% stake, which Index began building back in 2011.

“Strategy is a grand word,” he dismisses, when I ask him about Index’s plan for picking financial winners like iZettle.

Instead, one of Rimer’s secrets, and his go-to man for all things fintech, is Czech Jan Hammer.

“Really we just went after seminal players in banking, savings, payments, insurance, brokerage and other sectors, and that's the portfolio we've been building for the last eight years,” says Hammer, who joined Index as a partner in 2010.

Indeed, one of Hammer’s very first investments at Index is about to pay off handsomely.

In the days after I met Hammer and Rimer, Index’s second fintech deal of the summer dropped, this one making an even bigger splash.

Adyen, the Dutch payments upstart, which last year stole the contract to be eBay’s payment processor from under PayPal’s nose, published its own intention to IPO for up to $8.3 billion.

In the coming weeks, if all goes according to plan, Index’s 16.86% stake in Adyen will soon be worth over $1.39 billion.

And in Rimer’s view, the trillion-dollar opportunity of financial technology is just getting started.

"I don’t see the landscape settling, I think it’s just going to erupt.”

Hammer points at Robinhood, an Index investment in the U.S. which is democratizing stock broking.

“They’re exposing the reality behind the popular belief that the whole of America has access to trading and brokering. They haven’t, and now you see a whole new market opening up,” he says.

Rimer adds: “There are so many areas like that, that are still untouched. I think 10 years from now, we'll realize just how early this was.”

Finishing the summer up $1.64 billion isn’t a bad place to end the year but, in all likelihood, Index won’t stop there.

Funding Circle, a peer-to-peer small lending platform similar to Lending Club, which has facilitated over £3.4 billion ($4.56 billion) in small business loans, is rumored to be gearing up for a late-summer stock market float.

Rimer coyly dodged any questions about Funding Circle’s plans when we met, putting the ball firmly in the court of the company’s founders.

“We don't control these businesses. We're significant investors, and we sit on the board, so we participate in strategic discussions, but at the end of the day, it’s their company and they make the call.”

One senses Rimer’s fintech eruption may only just be getting started.