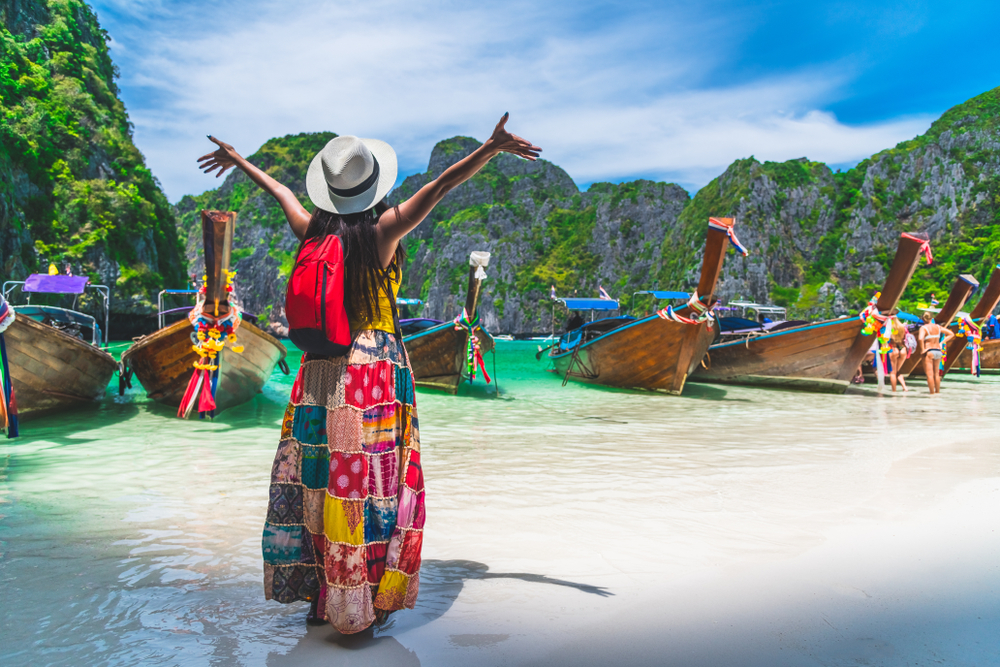 While traveling in Nepal with a group of friends in 2013, Eric Gnock Fah and Ethan Lin were dismayed to discover they had to pay for almost everything in cash. Even the company operating the paragliding tour they planned was unable to accept credit cards or digital payments, so they had to carry thousands of dollars in cash. “While we had spent a lot of time doing the research and planning the trip, there was no magic button to make the transactions more convenient and hassle-free,” says Gnock Fah.

That experience gave Gnock Fah and Lin, both former investment bankers based in Hong Kong, the idea to create an online platform where travelers can book and pay for activities in advance. So they scoured LinkedIn for the best software engineer they could find, Bernie Xiaokang Xiong, and with him founded Klook. Gnock Fah, now 32, made Forbes’ 30 Under 30 Asia list in 2017 (his two slightly older cofounders missed the age cutoff).

Klook now has over 1,000 employees in 20 locations and regions. Hong Kong-based Xiong serves as Klook’s chief technology officer. Gnock Fah is chief operating officer and Lin is CEO. The company has already raised over $521 million from investors, including Goldman Sachs, Matrix Partners and Sequoia Capital China. Its latest funding round—$225 million led by SoftBank Vision Fund in April—valued the company at over $1 billion.

First launched in September 2014, Klook, short for “keep looking,” lets users find, reserve and pay online for activities, tours, transportation and tickets for attractions. What can’t Klook’s customers book? Flights and hotel rooms, which Klook’s founders decided was already well-served. New York-based travel research firm Phocuswright predicts that the activity booking market—also known as the “in-destination market”—will grow to $183 billion by 2020, from $135 billion in 2016. “We looked at the travel space and asked ourselves, ‘Where can we add value?’” says Gnock Fah, who first moved to Hong Kong in 2007 from his native Mauritius to take a job at Morgan Stanley. “In-destination was ripe for consolidation and disruption using technology.”

Klook now offers more than 100,000 travel activities and services from over 10,000 vendors in 300 cities. Its website sees 30 million visits a month. And, yes, it has among other things overcome at least some of the frustrations that inspired it: the very paragliding experience in Nepal the cofounders had to pay for in cash is now available for booking on Klook.

Klook launched a mobile app in March 2015, which was then featured on Apple iTunes store across 14 countries and regions in Asia. It proved a pivotal moment for the company: it was on the iTunes store that one of Klook’s early investors, Zhuyan Li, vice president of Matrix Partners China, spotted the app and contacted Klook looking to invest.

Li, a former product manager at Baidu, saw in Klook’s international appeal an opportunity for exponential growth. “We think Klook may become the international Meituan,” says Li, referring to the online delivery service backed by Tencent. Meituan raised $4.2 billion in an IPO in September last year. “As it’s based in Hong Kong and with users across Asia, we see a potential for Klook to expand in European and North American markets,” Li says.

Klook is already expanding in Europe, with offices in Amsterdam, Barcelona and London. While it faces competition there from local players such as Berlin-based GetYourGuide, which in May raised $500 million from a group of investors led by SoftBank, Gnock Fah says that Klook offers a great range of services such as car rentals and airport transfers that allow it to appeal to a broader group of users.

Asia remains Klook’s biggest market, though, and roughly 35% of the app’s users come from Greater China. “We’re very well-positioned for China growth,” says Gnock Fah. Yet Klook isn’t competing with dominant local players such as Ctrip, China’s biggest player in the travel booking industry. “We focus on the outbound business,” he says.

Geographic expansion aside, Klook continues to build its network of vendors and offerings. “When you’re in a destination you have a multitude of needs, from booking a car to airport transfer, rail, food, attractions, tours and activities—that ecosystem is what we want to build,” Gnock Fah says. In December, Klook signed a partnership with Shangri-La Hotels and Resorts to provide digital concierge services to guests in Bangkok, Hong Kong, and Singapore.

Gnock Fah shares that Klook is adding more concerts and other events to its offerings, blurring the line between travel and leisure. “After the first or second year, I realized that travel isn’t travel as we understand it,” he says. “It’s not strictly about travel, but about leisure and creating memories.”