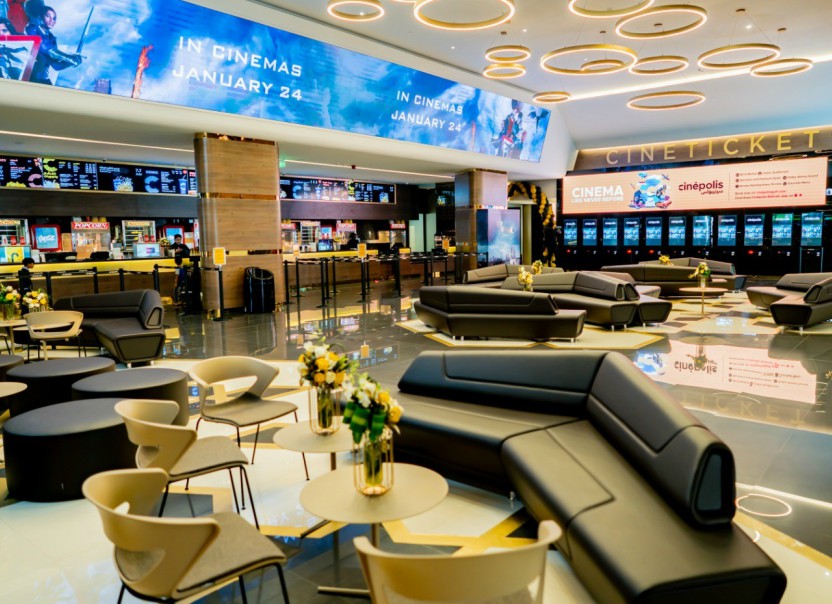 Cinépolis, the largest cinema exhibitor in Latin America and fourth largest exhibition circuit in the world, is opening six new movie theatres across the Kingdom following the country’s removal of a ban on entertainment options like public cinemas.

The six cinemas will be rolled out across Saudi Arabia over the next two years, with the first due to open in Lulu Mall, Dammam, at the end of this year. Four more are scheduled for 2020 and the sixth for 2021, the operator said.

The new openings will be located in Lulu Mall in Dammam, Al Hokair Time in Jazan, Obhour Mall in Jeddah, Cordoba Mall in Riyadh, Najran City Center and Al Massarh Mall, with a total of 63 screens across all six locations.

The Saudi General Commission for Audiovisual Media (GCAM) issued the fourth Exhibitor License for Cinema Operation to Cinépolis International under the entity Luxury Entertainment LLC, which has partnered with Al Hokair Group for expansion in Saudi along with its regional partner, Al Tayer Group, in August 2018.

Cinépolis’ expansion within the Gulf comes as the operator opened its first cinema in Bahrain in January 2019. Its entry to the Kingdom’s movie operation industry comes as analysts forecast it to be lucrative. According to a study by PwC, the Kingdom’s cinema market could potentially generate 60 to 70 million admissions and the box office market could be $950 million in 2030.

Cinépolis said that it intends to be “a leading exhibitor in the KSA region” over the next five years. To fulfil this aim, the cinema chain is also introducing various formats including Junior theatres (tailored for families), luxury auditoriums and cinema halls providing an authentic experience of the movie itself.

Cinema operators, both globally and regionally, have been tapping into Saudi as the Kingdom licensed movie theatres.

AMC Theatres, the largest theatre chain in the US, was the first to cash in on Saudi’ entertainment sector. It bagged the first cinema operating license in 2018, provided by Saudi Arabia’s Ministry of Culture and Information. As part of the move the American-cinema operator said that it plans to open 30 to 40 cinemas in 15 cities in the Kingdom in the next five years and around 50 to 100 cinemas in about 25 cities by 2030.

Vox Cinemas too have opened venues across Saudi Arabia, mainly at malls operated by its parent firm Majid Al Futtaim.