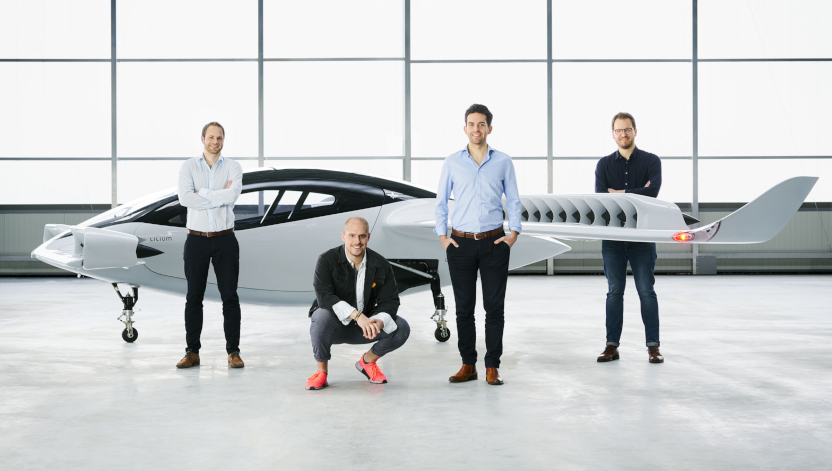 Lilium has gotten off the ground. The German air taxi startup has completed a hover test of a full-scale prototype of its ambitious electric aircraft, which is powered by tilting turbofan engines designed to allow it to take off and land vertically while cruising with the efficiency and speed of a winged aircraft.

Lilium says its aircraft will be capable of carrying four passengers and their luggage plus a pilot for 300 kilometers (186 miles), roughly the distance from New York to Boston, at a speed of 300 kilometers per hour, farther and faster than most of the scores of other electric air taxi startups.

The Munich-based company envisions knitting regions together more tightly with a transportation service it plans to run itself, enabling quick, affordable on-demand travel between major cities and ones that currently aren’t connected by airlines.

“How far can you get in an hour? We want to fundamentally change that for everybody,” Remo Gerber, Lilium’s chief commercial officer, told Forbes.

Lilium has raised $101 million in venture funding, making it one of the best-funded air taxi startups. However, it’s going to need a whole lot more money to execute its vision say analysts who rate the aircraft’s design as ambitious, but its business model even more so.

One thing Lilium seems to have in spades: raw power. The company, co-founded by four German engineering students in 2015, has developed its own small electric engine, a ducted fan which features just a single moving part. The aircraft has 36 of the engines mounted over the main wing and a forward canard that will generate 2,000 horsepower – a “massive” amount, says Philip Ansell, an aerospace engineering professor at the University of Illinois at Urbana-Champaign who’s working on distributed electric propulsion systems. By comparison, a four-seat Robinson R44 helicopter has 245 horsepower.

Lilium may need all those horses to get off the ground with its envisioned passenger payload and a heavy rack of batteries, says Ansell — batteries have an energy density about 40 times lower than jet fuel, giving electric aircraft a poor power to weight ratio. Once the aircraft transitions to forward flight, the lift generated by its wings will allow it to use less than 10% of its horsepower, the company says. The aircraft will control its position in the air by varying power engine by engine, allowing the designers to dispense with a tail and steering flaps.

Lilium isn’t disclosing the aircraft’s weight or battery specs, making it hard to evaluate the company’s payload and range claims, which Ansell says are on the high end of what he considers possible.

Whether the aircraft is really a jet, as Lilium brands it, is debatable, but it lends a sexier image than the propulsion systems of its VTOL competitors, most of which are using propellers. Propellers can achieve faster speeds at the tip due to their greater length, generating more lift on takeoff, but one upside to Lilium’s smaller enclosed fans is lower noise. Gerber says the aircraft will be four to five times quieter than a helicopter, and won’t be audible to people on the ground when it’s flying at 1,000 feet. That will help the company’s chances of getting approval to operate in urban areas, where helicopters’ operations have been severely restricted due to their loudness.

The company plans to launch service in 2025, and it envisions taking advantage of existing heliports and helicopter flight corridors to start. Gerber says the company aims to offer intercity service for a price on par with airline airfares plus the cost of airport taxi service, which its passengers won’t have to pay since Lilium will fly from city center to city center.

That claim raises eyebrows among aviation analysts. An electric aircraft with fewer moving parts may have lower operating costs than a similarly sized conventional plane, but Richard Aboulafia of Teal Group says it’s a head scratcher how a piloted aircraft with four passengers could match the economies of scale of a 150-seat airliner with two pilots. All urban air mobility startups have the same problem, he says: “It’s not clear how they’re significantly less expensive than helicopters,” which are beyond the budget of the average traveler.

That Lilium aims to operate its own transport service rather than sell its aircraft to others significantly increases the amount of capital it will need and delays the day when it might turn a profit, says Ernie Arvai of the consultancy AirInsight. Arvai estimates Lilium will need in the range of a half billion dollars to get through certification to production of its fleet, and without an open market for its vehicles, it will have a harder time getting financing for them. Developing a network of landing pads and terminals for its transport service will cost even more.

“If you’re going to build and operate the planes yourself, that’s a high-risk strategy in my view,” Arvai says.

To this point Lilium has raised funds from an array of tech investors, including China’s Tencent and Atomico, the venture capital fund of the billionaire Skype co-founder Niklas Zennstrom.

Lilium flight-tested a two-seater version of the design in 2017, which validated its ability to shift from vertical to forward flight. Next up, Gerber says Lilium will build a final version of the aircraft that it will take through further flight testing to safety certification and production.

The company is working on autonomous control systems for the aircraft, but Gerber says their business model doesn't depend on going pilotless.