Meet The Lebanese Entrepreneur Behind This Groundbreaking SwimTech Device 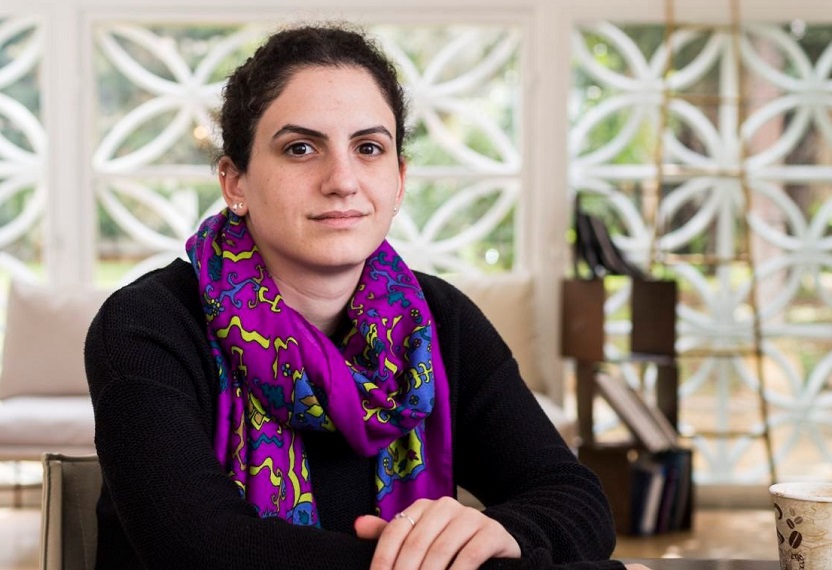 Lebanese entrepreneur, Hind Hobeika, made a splash in the fitness market in July when she finally launched her immersive swimming goggle-mounted heart-rate trainer, Instabeat. It’s been a plan in the making for over 10 years. “The one sentence I keep getting from our first customers is ‘this product was worth the wait,’” says San Francisco-based Hobeika.

For the first time, swimmers can now monitor their heart rate during practice with a second-by-second reading. Weighing just 27 grams, the device is designed to fit on a swimmer’s temple, with the ability to capture automatic stroke recognition, head motion, lap detection, and detailed analytics. It is reportedly already being used by ironman and triathlon world champions, including Palestinian Olympic swimmer, Sabine Hazboun, and British ironman world champion, Leanda Cave, as well as two Olympians competing at the 2020 Summer Olympics. 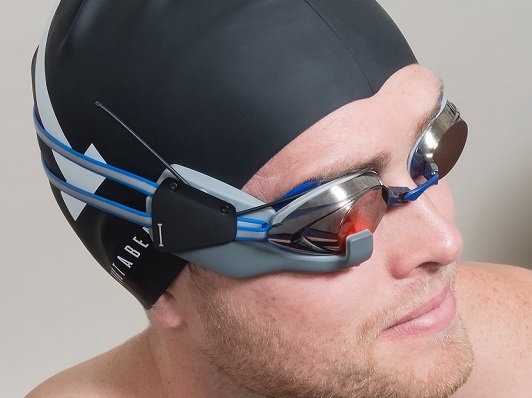 To date, Instabeat has managed to raise a total of $6 million in funding from Wamda Capital, Jabbar Capital, Berytech Fund, and other angel investors. Swimmers in 56 countries now have their hands on the product, with its biggest consumers being the U.S followed by the U.K., Australia, France, Italy, and Germany. Hobeika has so far been called to speak about her creation at the White House, Harvard Arab Weekend Conference, the World Economic Forum in China, and by TED Talent.

Things were very different back when the entrepreneur was a mechanical engineering student, and a member of the American University of Beirut’s swimming and track varsity teams. “I wanted to push myself further in the swim, and looked for tools that were similar to the ones I was already using in running (watch and chest belt),” says Hobeika. She was surprised to find that there wasn’t much to choose from.

In 2009, Hobeika built her first prototype as part of the reality TV competition “Stars of Science” by the Qatar Foundation, creating a physical prototype from an idea over just three months. Despite her first attempt being relatively big and bulky, Hobeika says it was able to precisely measure someone’s heart rate from their temple underwater, which meant the sensor device could be fitted on the side of a pair of goggles. After founding the company in Beirut in 2011, Hobeika successfully launched a crowdfunding campaign, Indiegogo, in 2013.

She began shipping the first iteration of the product in 2015 but, despite receiving good reviews, consistent manufacturing problems in Lebanon forced production to halt just a year later. Hobeika confesses that this was a time of self-doubt. However, 2016 also fortuitously saw her meeting Alexander Asseily, founder of consumer technology and wearable products company, Jawbone. He was moving to San Francisco at the time—Hobeika decided to follow him and rebuild Instabeat from scratch, using $4 million in funding from the Berytech Fund II.

From its new base in the US, Instabeat began tests again. The team would 3D print the product in the morning, take it to the pool in the afternoon and test it with 10 swimmers and 10 different goggle types, modifying it on the spot when they came across problems. After nine months of this cycle, they had a product that could fit on any swimmer’s goggles and provide an accurate reading.

The next problem: it was too difficult to build.  “In 2017, I must have talked to around 100 manufacturers in the US and China, all of which refused to build the product because of it being too complex,” remembers Hobeika.

Eventually, she found a small contract manufacturer in China that was able and willing to work with waterproof flexible silicone. In 2018, Hobeika moved to China, assisting with production until her passion project was ready to be manufactured en masse. Finally, this year, she launched.

Overall, it took 10 years of research and development, six years of manufacturing, a year in China, and 250 swimmers and triathletes to bring Instabeat to life. Though its biggest demand is in the US, there are swimmers using Instabeat within the region.

“There is a small community of swimmers using it in the GCC (Dubai mostly) and in Lebanon,” she says. “Usually the MENA region is a follower market and is more receptive to mature products.”

Hobeika believes that data and knowledge are today tools for a sport’s advancement. “Instabeat is the first stepping stone to starting this revolution for swimming,” she says.