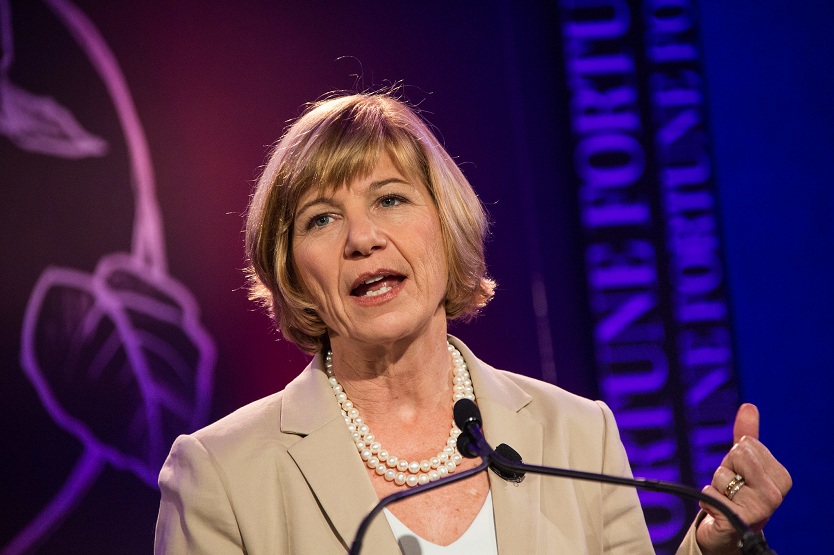 The baton is being passed at the largest charitable foundation in the U.S. Susan Desmond-Hellmann, the CEO of the Bill & Melinda Gates Foundation, is stepping down after more than five years in her role, the foundation announced on Thursday. Taking her place on February 1, 2020: Mark Suzman, currently the organization’s chief strategy officer.

“This was without doubt the toughest decision of my career,” Desmond-Hellman, 62, said in a statement from the foundation, which explained that she made the decision to step down after concluding that she could not adequately meet the demands of the job while caring for her own health and her family’s needs.

“Sue brought an incredible set of attributes to the foundation: scientific expertise, tested leadership skills, a passion for building a strong internal culture, and, above all, a dedication to the mission of making the world a healthier, more equal place,” Melinda Gates said in the statement.

Suzman, age 51 and a native of South Africa, joined the Gates Foundation in 2007 after working at the United Nations and, before that, at the Financial Times. He became president of the foundation’s Global Policy and Advocacy in 2012, and helped build and manage the foundation’s presence in Europe, Africa, India and China, as well as overseeing government relations and philanthropic partnerships. He has a doctorate in international relations from Oxford University and was a Rhodes Scholar.

“As we look ahead, I’m humbled and excited by the opportunity to advance our important mission to help ensure everyone in the U.S. and around the world has the chance to lead a healthy and productive life,” Suzman said in the statement.

He will be the fourth leader of the foundation, which was created in 2000 by Microsoft cofounder Bill Gates and his wife Melinda. Suzman will follow in the footsteps of Patty Stonesifer and Jeff Raikes, who preceded Desmond-Hellmann. Bill and Melinda Gates will remain co-chairs of the foundation.

The Gates Foundation trust has a $46.8 billion endowment and distributes about $5 billion in grants every year, much of it to improve the health of the poor in developing countries. Through the end of 2018, the foundation had made just over $50 billion in grants since its inception.

Desmond-Hellmann, a trained cancer physician, has had a prestigious career to date. Before joining the Gates Foundation, she served as chancellor of UC San Francisco and, prior to that, as head of development at pharmaceutical firm Genentech. Earlier in her career, she spent two years teaching at a university in Kampala, Uganda, and worked at the cancer institute there.