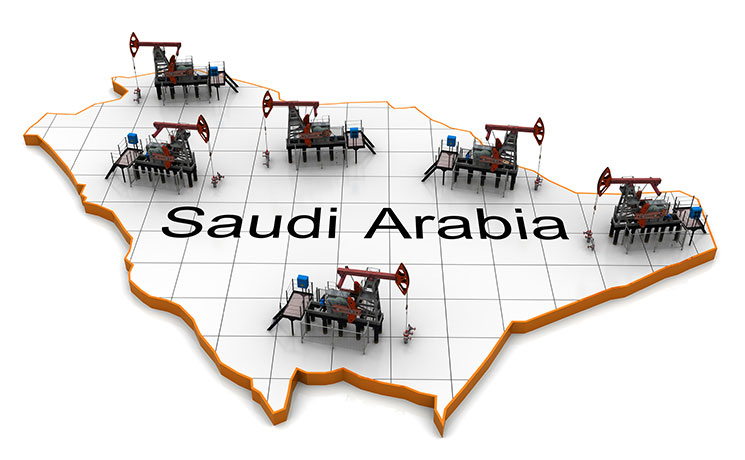 The Saudi authorities unveiled their much-anticipated “Vision 2030” plan, the kingdom’s blueprint for economic diversification over the medium to long term. Spearheaded by Deputy Crown Prince Mohamed Bin Salman and catalyzed by the fall in oil prices, the document outlines an ambitious 14-year strategy both to wean the kingdom off its oil dependency (by boosting non-oil revenues) and to place it on a more sustainable fiscal footing (by reining in rising state expenditures).

At the same time, the kingdom will introduce structural reforms to improve the efficiency and transparency of the public sector, and develop and empower the private sector—including reforms to the education system that will align it more closely with the needs of the private sector. Also, spending will be reprioritized to mitigate the negative effects on economic output of an otherwise contractionary fiscal policy. Our own estimates of non-oil growth see it slowing to 2.1% in 2016 from 3.6% in 2015.

Initial reactions to the announcement were positive, with the Saudi Tadawul All-Share Index (TASI) closing 2.5% higher on the day at 6,868.

Key points outlined in the Vision 2030 document include:

- Boosting non-oil revenue by an additional SR 600 billion ($160 billion) by 2020 and by SR 1 trillion ($266 billion) by 2030 from SR 163 billion last year. While few details were offered on how this would be achieved, it is thought that the government intends to tap new revenue streams including taxes on land, consumption (VAT), excise (tobacco and soft drinks), fees on public services and on a ‘green card’ type residency program for non-Saudis (see below) as well as privatization of state assets. Further details are expected when the National Transformation Program (NTP) is released in June/July.

- Subsidy reform remains a key component of the state’s fiscal consolidation efforts, but there will not be any “major liberalization” of energy subsidies until the government has a program to retarget subsidies to those low income groups. Presumably, the energy and utilities price hikes that were instituted earlier in January (ranging from 49% to 104%) will continue as is, but any further increases will be contingent on the above.

- Part-privatization of oil giant Saudi Aramco in order to create the world’s largest energy conglomerate. Less than 5% of the company is expected to be listed locally and internationally as early as 2017. Pending a full valuation of Aramco’s assets, the Deputy Crown Prince estimates that the company is worth upwards of $2 trillion, which would net the treasury at least $100 billion in an IPO. The IPO would encourage foreign investor participation leading to greater integration with world markets (enhancing Saudi Arabia’s soft power projection and, arguably, its security) and greater transparency.

- Recapitalization and transformation of the Public Investment Fund (PIF) into a $2 trillion sovereign wealth fund (SWF). This is the central component of the Vision 2030, and is based on the transfer of Saudi Aramco’s assets to the PIF. The PIF would then be given free rein to develop both its local investment portfolio (domestic assets of SR 310 billion according to the IMF) and its foreign portfolio (currently SR 13.9 billion, or less than $4 billion). Investment income would thus be the catch-all income stream for both oil and non-oil sources of revenue emanating through the PIF that would accrue to the Saudi treasury. The mandate for PIF would also appear to be modeled on the Abu Dhabi Investment Authority.

- Establishment of a military/defense holding company by the end of 2017 to stimulate the development of a local defense industry. The plan envisages at least 50% of Saudi Arabia’s military equipment produced locally. This would create job opportunities and reduce the government’s sizeable defense spending bill.

- Enhancing the role in and contribution of small and medium-sized enterprises (SMEs) to the economy. According to the plan, SMEs, which are critical to successful economic diversification, are to play a greater part in the Saudi economy, increasing their share of GDP from the current 20% to 35%. Foreign investment will also be crucial to this. The government is also targeting an increase in the private sector’s share of GDP from 40% to 60%.

- Reducing the Saudi unemployment rate from 11.5% to 7% and increasing the female participation rate to 30% from 22%. The hope is that a larger and invigorated private sector will be able to absorb Saudi Arabia’s growing labor force.

- Reform of the education system. Significantly, the deputy crown prince has highlighted deficiencies in the education system that ill-prepare graduates for productive employment, especially in the private sector where skills shortages have led to expatriates’ employment. A new curriculum is planned that presumably seeks to redress the imbalance between religious teaching and the needs of the modern economy.

- Restructuring government and government agencies, with a greater focus on minimizing bureaucracy and enhancing performance.

- Introducing a ‘green card’ type residency system for non-Saudis to pursue longer-term employment in the kingdom. Expats will also be allowed to own property in certain areas.

- Raising Saudi homeownership rates to 52% by 2020 from 47% currently. The authorities have not been able to keep pace with the burgeoning demand for housing among the kingdom’s growing population, a shortage of which has become a critical social concern.

The above measures have the potential to bring about the most radical transformation of the kingdom since its founding in 1932. Vision 2030 is a testament to the seriousness with which the authorities view the impact of the slide in oil prices on the economy and, by implication, on the socio-political compact that has defined state-society relations.

Will the reforms succeed? It is too early to tell. In its favor, the plan is being spearheaded by and has the full backing of Deputy Crown Prince Mohamed bin Salman, who, as head of the Economic and Development Affairs Council and the National Transformation Program (NTP), has an almost unbridled concentration of power. As the architect and public face of the Vision 2030, the prince’s fortunes will be inextricably tied to the success of the program. It will thus be in his interest to ensure the plan succeeds, with substantial improvements in employment and housing opportunities as well as, ultimately, real incomes.

The public also seems to recognize that the kingdom needs to shift to an era of lower oil dependency. The public has so far accepted the authorities’ nod towards austerity—taking on board cuts to subsidies and lower spending on infrastructure, for example. In any undertaking of this magnitude, however, the onus will be on gradual implementation in order to minimize the potential for economic and societal discord.