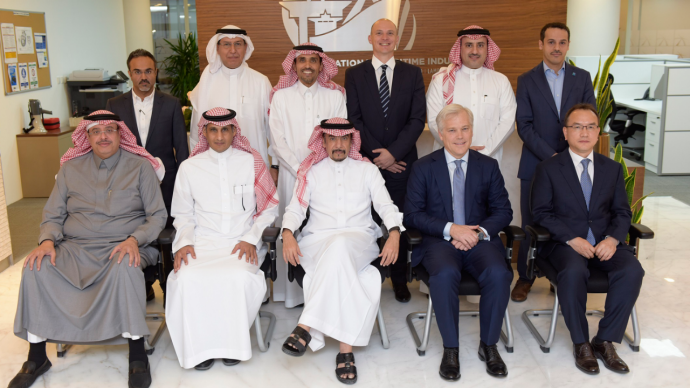 Saudi Aramco and several partners have officially launched International Maritime Industries (IMI), a joint venture to build a shipyard on Saudi Arabia’s east coast, according to a statement released by the state-owned oil giant in late December 2017.

IMI is designed to localize links to Saudi Aramco’s supply chain related to offshore drilling and shipping activities. Initial production and service operations are expected to commence in 2019, with the facility reaching its full operational capacity by 2022.

The 12 million square meter facility is planned to have an annual capacity to manufacture four offshore rigs and more than 40 vessels, including three Very Large Crude Carriers, as well as service over 260 maritime products.

“By meeting Saudi Aramco’s offshore production and transport needs, International Maritime Industries will serve our strategic intent to become the world’s foremost integrated energy and chemicals company,” said Abdullah I. Al-Saadan, Chairman of the JV’s Board of Managers and Saudi Aramco’s Senior Vice President of Finance, Strategy & Development, regarding the launch.

In the statement announcing the launch of the joint venture, Saudi Aramco also revealed the appointment of Fathi K. Al-Saleem as IMI’s CEO. Saleem has more than 23 years of experience at Saudi Aramco and led the feasibility and commercial development stages of the new maritime venture.

“International Maritime Industries is positioned to be a global competitor and a regional hub for maritime products and services. Through our combination of technology, integrated facilities and supply chain efficiencies, we are redefining what it means to partner with customers for maritime advancement,” said Al-Saleem.

The partners originally signed the joint venture agreement in May 2017, creating IMI as the anchor project within the King Salman International Complex for Maritime Industries and Services, which is located in Ras Al-Khair, near the Jubail Industrial City.

According to Reuters, the project will cost more than $5.3 billion.