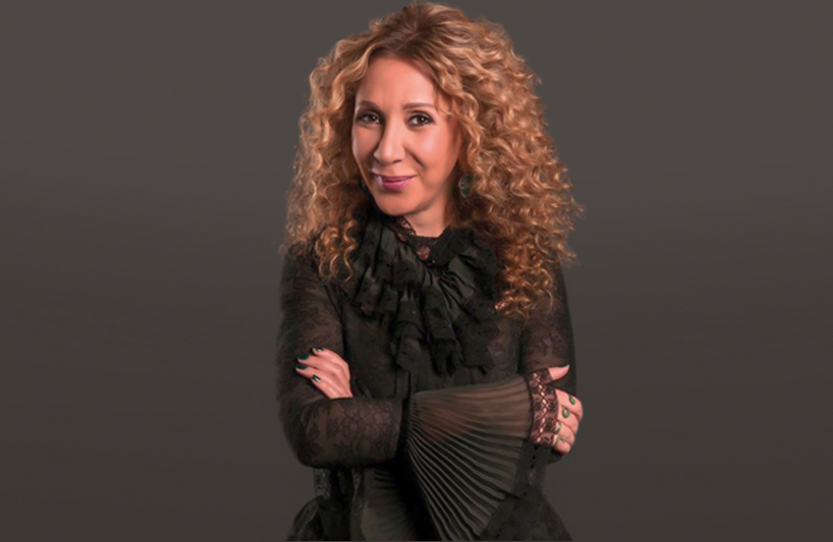 Gliding down the runway in one of Riyadh’s glitzy hotels earlier this year, models turned heads for more than just glamour—they were part of Saudi Arabia’s first ever fashion week. Showcasing local and foreign designers, the sold-out event in April was a groundbreaking moment for the region’s fashion industry.

Reem Acra wasn’t able to attend, but the celebrated Lebanese designer points to that event as a sign of long-awaited progress. “Why is there not a [fashion] industry in the Middle East?” asks Acra, speaking with Forbes Middle East from her office in New York in June. “If you really think about it properly, you will know that there is something brewing there. Or if there isn’t, it should be.”

She speaks from experience. Acra built her own influential fashion brand in New York, earning global renown for her ready-to-wear and bridal collections. Celebrities flock to her luxurious designs—rarely does a Hollywood premiere or awards show pass without a Reem Acra gown gracing the red carpet.

Her hometown of Beirut has a well-deserved reputation as a fashion hub, thanks to sensational talents such as Elie Saab and Zuhair Murad. “All of Hollywood is being dressed by Middle Eastern designers, mainly from Beirut,” says Acra. But their designs, which fetch anywhere from a few hundred dollars to more than $16,000, are in demand in the Gulf countries as well. “They’re big shoppers. There’s lots of money to be spent on fashion,” says Acra. “We cannot not pay attention.”

The Arab world has yet to develop a sizeable fashion industry. Among other things, it lacks manufacturers and suppliers, says Acra, while skilled workers are in short supply in some countries because of a dearth of design schools.

Slowly, that’s changing. Beyond Beirut, Dubai is positioning itself as a regional fashion capital. In 2013, it formed a fashion council to spur industry growth, and developed the Dubai Design District, which features galleries, workshops, studios and retail outlets. It’s also home to several design colleges, and hosts multiple fashion weeks.

Acra spends about two months each year between Beirut, Dubai and Saudi Arabia. She’s on the board of Dubai’s fashion council, and since 2016 has been a judge on the reality TV series Fashion Star Arabia. Airing on the channel Dubai One, the program features up-and-coming designers from around the region as they compete to win a distribution deal for their own fashion line. The show played well with audiences and advertisers from the start, and Acra was invested in making the show successful, says Sarah Al Jarman, the general manager of Dubai One. “Reem did a really good job in her guidance and her mentoring,” says Al Jarman. “She was not someone who would just come do her shoot and leave for the day.”

Acra’s completed three seasons of the show, with a fourth in the works. She sees Fashion Star Arabia as a way to mentor designers and explain the inner-workings of the industry. “It’s not just ‘okay here’s a beautiful dress,’” says Acra. “You have to see the industry from the other side.”

Her efforts to open her own stores in the Middle East have faced challenges. Her Beirut boutique, opened in 2010, closed three years later—a victim of a weak consumer market in Lebanon reliant on dwindling Gulf tourism. She sells her designs through Harvey Nichols in Dubai but is less focused on expanding a brick and mortar retail presence in the region.

That’s because the global fashion industry is changing, with e-commerce and digital marketing upending the status quo. “The fashion industry is volatile right now,” says Acra. “We’re all in a limbo.”She’s embracing e-commerce, and has begun to distribute her brand through online retailers, such as Dubai’s The Modist and Kuwait’s Al Ostoura. “We know there is a demand for our brand [in the region],” says Acra. “You’ve got to take opportunities as they come.”

It’s a statement that could apply to her entire career.

Acra grew up in a well-to-do Beirut home, and from a young age demonstrated artistic sensibilities. She also became well-acquainted with fashion early on, with vivid memories of seeing members of royal families coming to get custom made dresses from designers in Beirut. “I saw beauty in Beirut,” she says. And what Acra saw, she turned into her own unique style.

While studying business administration at the American University in Beirut, Acra was at a party wearing a homemade dress when she was spotted by a fashion editor. The editor offered her the chance to host a fashion show, and ten days later Acra debuted her designs in front of a crowd on campus. It was an eye-opening experience, but it would take years for Acra’s career in the fashion industry to truly take shape. Like many Lebanese, she left the country during the civil war.

She later studied at New York’s Fashion Institute of Technology and its Paris counterpart, Esmod, before getting a job as an interior designer. She also travelled the world, spending time in Hong Kong.

Acra’s big break came after she made a wedding dress for a well-connected friend, attracting notice in New York’s fashion circles. In 1997, she quit her job and launched her own bridal collection, which proved to be a wild success. Six years later, she unveiled a ready-to-wear collection and opened a flagship store just off New York City’s Madison Avenue.

Acra’s collections are today carried by retailers such as Bergdorf Goodman, Neiman Marcus and Saks Fifth Avenue in the U.S., and her brand can be found at luxury retail outlets around the world.

She has built an A-list clientele. To name a few, she has dressed Angelina Jolie, Madonna, Beyonce, Selena Gomez and Taylor Swift. Her collections continue to make headlines: Melania Trump has reportedly stepped out in Reem Acra designs multiple times since becoming the U.S. First Lady, with fashion media paying rapt attention.

Many players in the fashion industry cite her as a key influence. One such admirer is Sharjah royal family member Sheikha Hend Faisal Al Qassemi, a fashion editor who once listed Acra as her favorite Arab designer in an interview with lifestyle and fashion publication Emirates Woman.

Acra isn’t the only prominent designer from the Middle East to advocate for the region’s fashion industry. Elie Saab partnered with the Lebanese American University to create a fashion design major, and he’s a judge on MBC’s Project Runway Middle East. Elsewhere, in 2008 Lebanese designer Rabih Kayrouz co-founded the Starch Foundation, a fashion incubator in Beirut that offers fellowships to young designers.

Still, Acra’s work as a mentor is starting to pay off. Look no further than Arwa Al Ammari, the winner of the first season of Fashion Star—she was one of the designers featured at Saudi Arabia’s first fashion week.