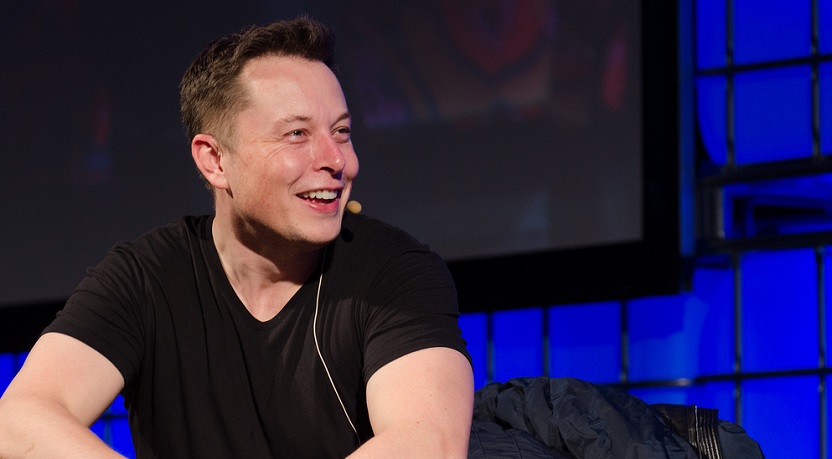 Tesla may have posted its best-ever deliveries of speedy electric cars in the second quarter, but that wasn’t enough to pull the Elon Musk-led automaker back to profitability as it posted a worse-than-expected $389 million loss and finished the first half in the red. Tesla shares dropped more than 10% in after-hours trading.

In a surprise announcement, Musk said in a results call that Tesla cofounder JB Straubel, the company's long-time tech chief who was instrumental in designing its original battery pack and motor, is stepping down as CTO and will transition to a senior advisor role. He'll be replaced by Drew Baglino, the company's vice president of technology.

"It’s been quite an adventure for 16 years," said Straubel, who came into Tesla with Musk in the early 2000s. Musk, who will be the last of the company's five founders still on the job after Straubel steps down, thanked him "for his fundamental role in creating and building Tesla."

The second-quarter loss was $1.12 per share, excluding certain items, Tesla said. That was better than a $3.06 per share loss of a year ago, but worse than an expected 31 cents a share loss, the average of analyst estimates compiled by Bloomberg. Revenue, aided by a surge in Model 3 deliveries, jumped to $6.34 billion in the quarter, up from $4 billion a year ago, though that was also below a consensus expectation of $6.44 billion.

The company’s closely watched gross margin for its automotive business also shrank to 18.9% percent from 20.6% a year ago, as Tesla increasingly relies on higher volume from lower-priced Model 3 sales. CEO Musk reiterated a full-year goal of delivery goal of up to 400,000 electric cars to customers worldwide in 2019, but hedged on whether it will be profitable again in the third quarter.

“We are working to increase our deliveries sequentially and annually, with some expected fluctuations from seasonality. This is consistent with our previous guidance of 360,000 to 400,000 vehicle deliveries this year,” Musk and CFO Zachary Kirkhorn said in a result letter. “We continue to aim for positive GAAP net income in Q3 and the following quarters, although continuous volume growth, capacity expansion and cash generation will remain the main focus.”

In its ninth year as a public company Tesla remains unusually volatile from one quarter to the next, swinging into the black in the second half of 2018 before generating new losses this year. Since it listed on Nasdaq in June 2010, the company has never had a profitable year, and often eked out positive quarterly results aided by sales of emissions credits from its vehicles to other automakers, rather than on vehicle sales alone.

Tesla's stock fell to $239, down about $26 from its $264.88 price at the close on Wednesday. Forbes estimates that the drop likely wiped out $800 million of billionaire Musk’s wealth, reducing his net worth to $20.1 billion after results posted from $20.9 billion earlier in the day.

The company's net loss was $389 million, or half the $742.7 million it lost a year ago. For the first half, the net loss was $1.06 billion. The margin reduction and volatile pricing for Tesla vehicles in the quarter raise concerns for analysts about whether demand for the company's products is plateauing for now.

"Tesla may have a reputation as an innovator but to boost sales they stole a page from the traditional automaker playbook by lowering prices and making buying easier with a leasing program,” said Jessica Caldwell, Executive Director of Insights for Edmunds.

“Model S and Model X are getting stale and Tesla needs to do something to keep shoppers interested in these higher profit vehicles," she said. "And questions remain about the cash flow and profitability impact of the Model 3 leasing program. Given that Tesla hit its stride in the back half of last year, it’s essential that the company finds some way to keep this sales momentum going if it wants to prove to investors it’s on the right track.”

Preparations are underway to begin building the Model Y, a small crossover derived from the Model 3, that will sell at a slightly higher price point. “Due to a significant overlap of components between Model 3 and Model Y, we are able to leverage existing manufacturing designs in the development of the Model Y production facilities,” Musk and Kirkhorn said.

Customer deposits declined to $631 million in the quarter, the company said. Tesla's capital expenditures totaled $250 million in second quarter, including for its Gigafactory in Shanghai, expansion of its charging and spending for the Model Y production line.

Tesla said earlier this month it delivered 95,200 electric vehicles to customers during the period that ended June 30, including 72,531 units of its lower-priced Model 3 sedan. Production of Model 3s, S sedans and X crossovers during the quarter totaled 87,048, surpassing the previous quarterly high set in the final months of 2018.