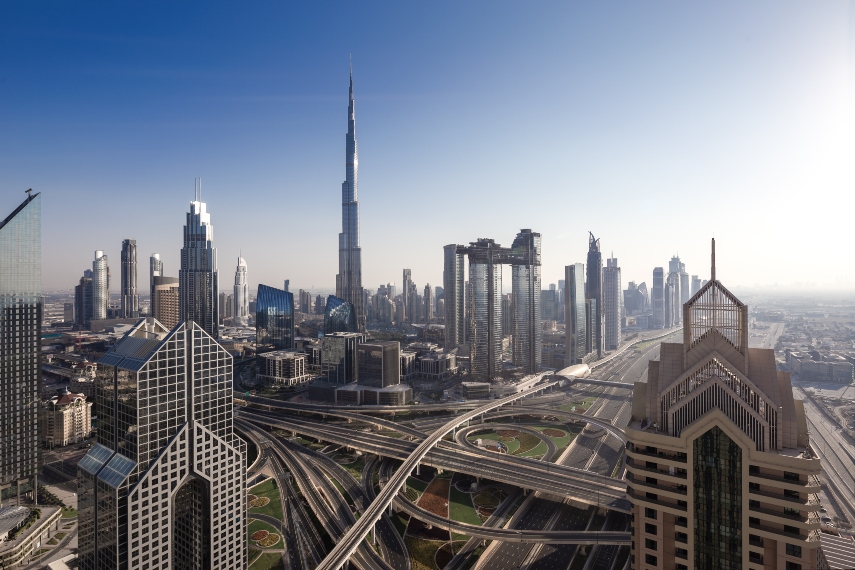 Forbes has rated the business friendliness of the world’s biggest economies annually for the past 13 years. Despite the uncertainty surrounding Brexit, this year the U.K ranked first for the second straight year on the strength of its workforce, innovation and lack of red tape. 161 nations were assessed on 15 different factors, including infrastructure, property rights and investor protection. Here are the top five Middle Eastern countries that made the list.

The U.A.E. has an open economy with a high per capita income and a sizable annual trade surplus. Efforts at economic diversification have reduced the amount of GDP gained from the oil and gas sector to 30%. Since the discovery of oil in the U.A.E. nearly 60 years ago, the country has undergone a profound transformation, from a region of small desert principalities to a modern state with a high standard of living. The government has increased spending on job creation and infrastructure expansion and is opening up utilities to greater private sector involvement.

Oman is heavily dependent on oil and gas, which can generate between 68% and 85% of government revenue, depending on fluctuations in commodity prices. As of January 2018, the Sultanate had sufficient foreign assets to support its currency’s fixed exchange rates. Oman is using enhanced oil recovery techniques to boost production, but it has simultaneously pursued a development plan that focuses on diversification, industrialization, and privatization. The key components of the government’s diversification strategy are tourism, shipping and logistics, mining, manufacturing, and aquaculture.

Saudi Arabia has an oil-based economy with strong government controls over major economic activities. With over 16% of the world’s proven petroleum reserves, it is the largest exporter of petroleum, and plays a leading role in OPEC as well. Saudi Arabia is encouraging the growth of the private sector in order to diversify its economy, employ more Saudi nationalsand engage its youth. Historically, the Kingdom has focused its diversification efforts on power generation, telecommunications, natural gas exploration, and petrochemical sectors. More recently, the government has introduced reforms such as relaxing visa processes and improving tourism infrastructure.

Oil and natural gas play a dominant role in Bahrain’s economy. Despite the government’s past efforts to diversify the economy, oil still comprises 85% of Bahraini budget revenues. Other major economic activities are the production of aluminum— Bahrain’s second biggest export after oil and gas—finance, and construction. Since 2015, the government has lifted subsidies on meat, diesel, kerosene, and gasoline and has begun to phase in higher prices for electricity and water. Bahrain implemented a Free Trade Agreement (FTA) with the U.S. in August 2006, the first FTA between the U.S. and a Gulf state.

Morocco has capitalized on its proximity to Europe and relatively low labor costs to work towards building a diverse, open, marketoriented economy. Industrial development strategies and infrastructure improvements— most visibly illustrated by a new port and free trade zone near Tangier—are improving Morocco’s competitiveness. In late 2014, the country eliminated subsidies for gasoline, diesel, and fuel oil, dramatically reducing outlays that weighed on the country’s budget and current account. Morocco also seeks to expand its renewable energy capacity with a goal of making more than 50% of installed electricity generation capacity renewable by 2030.