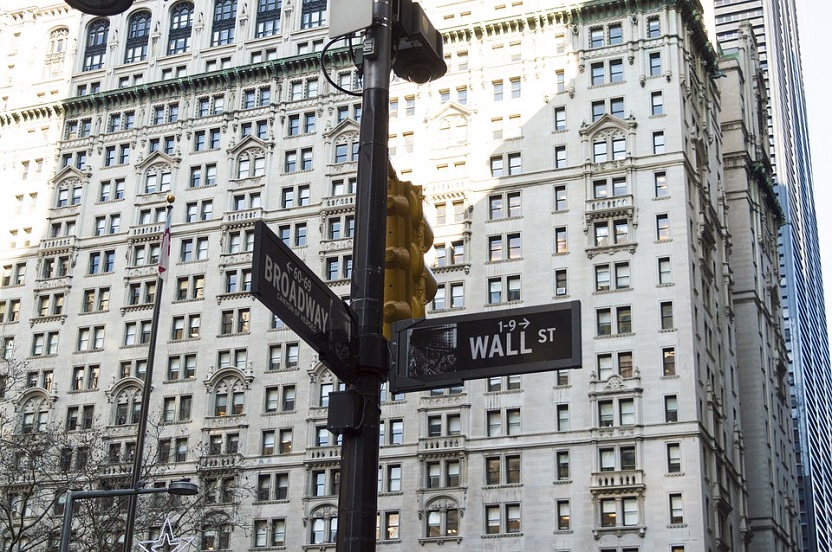 Inside a four-story, sumptuously restored 19th-century town house in the historic Mount Vernon district of Baltimore, three of Wall Street’s best stock pickers are roasting each other in a wood-paneled boardroom as sunlight streams through stained-glass windows.

Lee, 59, is the president of $12 billion (assets) Brown Capital and leader of a team of portfolio managers that Morningstar has put in its hall of fame. A former star linebacker at the University of Virginia, Lee was once a New England Patriot. I played “right bench,” he jokes.

It’s about noon on a Wednesday and stocks are sliding. These fund managers are laughing at a time when most other active managers are facing redemptions—a testament to the firm’s counterintuitive approach to finding great stocks. Brown Capital is an old-school stock-picking operation that doesn’t chase the latest fads on Wall Street. The firm hunts for unglamorous but fast-growing companies. Ever heard of Balchem, Bio-Techne, Manhattan Associates, Tyler Technologies or Veeva Systems? They are all top holdings at Brown. And they all have long-term returns that rival Apple’s.

Brown mostly buys growth companies that have revenues of less than $250 million. Its approach is simple: Find businesses that save time, money, headaches and lives. Then determine whether management has the skills to execute a growth strategy that will push their products or technology into new markets. If these criteria are met, load up on the stock and wait.

On average, turnover in Brown’s 40-stock Small Company Fund is about once per dec­ade. Its investment in Cognex Corp., a Natick, Massachusetts, maker of machine vision equipment, was initiated in 1992 when the company’s market cap was under $200 million. Today the stock represents 5% of the fund and has a market cap of nearly $8 billion.

So far this year, Brown’s flagship Small Company Fund is up 21%, trouncing the market, and has averaged a 19% return annually over the past decade. Since its inception in 1992, the fund is up 22-fold.

“We take what we do extremely seriously.,” says Lee, who started at the firm 28 years ago. “We just try not to take ourselves that seriously.”

The firm’s informal culture and its commitment to championing unloved growth stocks is in many ways a reflection of the incredible life journey of Eddie Brown, one of the great untold stories of African American success on Wall Street.

Brown, 78, was born in Apopka, Florida, in 1940 to an unwed 13-year-old mother and raised by his grandparents in a part of town without paved roads, indoor plumbing or electricity. His grandfather toiled in the fields of the nearby citrus groves, where Brown also worked as a child driving a truck, and his grandmother was a laborer at a nursery that produced philodendrons. Brown’s grandmother would take her young grandson to nearby Orlando to see office workers, lecturing: “If you stay in school and study hard, you too one day can sit behind a desk like that person with a white shirt and tie, and you won’t have to go out into the fields in the hot sun.”

Two things drove Brown. His uncle Jake, an entrepreneur who ran a fleet of trucks that transported citrus, laborers and moonshine, showed him that it was possible to earn money without a boss. The teachers at Brown’s segregated schools instilled a different lesson: “They beat it into our heads that as a black you are going to have to be twice as good to make it,” he recalls.

In 1955, when Brown was in tenth grade, his grandmother died. A cousin became fearful that Eddie would follow his uncle’s path (Jake wound up in prison), so she called Brown’s 27-year-old mother, then living with a boyfriend in Allentown, Pennsylvania, to come fetch her son.

Up north, the white administrators at Brown’s new high school assumed (without testing) that he should repeat tenth grade and follow an industrial arts curriculum, but Brown’s mother demanded her son be placed in college prep courses. Then, after taking an aptitude test that indicated he might make a good engineer, Brown applied and was accepted to Howard University, a historically black school in Washington, D.C.

An Allentown woman anonymously paid for Brown’s tuition, room, board and books at Howard, where he met his future wife, Sylvia. (They’ve been married for 56 years.) After graduating with a degree in electrical engineering in 1961, Brown worked at Martin Marietta and then as an engineer at IBM. During this time, he discovered a love for investing, so he enrolled in Indiana University’s business school on a scholarship. After graduating in 1970, he took a job in Columbus, Indiana, at Irwin Management, a family office created by J. Irwin Miller, the CEO of Cummins Engine. Miller was one of the 20th century’s enlightened capitalists, working with Martin Luther King Jr. to organize the March on Washington.

At the firm, Brown became an equities analyst. In 1973, T. Rowe Price’s president, Charles Shaeffer, offered Brown a position at the pioneering growth-stock fund manager. He became the Baltimore firm’s first African American portfolio manager. Soon afterward Shaeffer, nearing retirement, turned over many of his accounts to Brown, who was surprised that few of his white clients batted an eyelash: “It taught me something,” Brown says. “Money is green.”

Brown’s next big break came in 1979, when he began appearing regularly on the iconic weekly PBS show Wall $treet Week with Louis Rukeyser. The credibility led Brown to start his own firm in 1983. His first account, $200,000, came to him via a letter sent to the show. It was President Johnson’s former personal secretary, Geraldine Whittington, the first African American to work in the White House in that role. Whittington had been awarded a malpractice settlement.

“Eddie was such an important role model,” says John Rogers, founder of Chicago’s Ariel Investments. “It was an inspiration to see him on that iconic television show, which everyone watched on Friday evening.”

In 1992 a former T. Rowe colleague Robert Hall urged Brown to launch his unique small company fund, which would measure companies by revenue rather than market capitalization. The fund, which Hall wound up managing with Lee, soon became heavily weighted in healthcare, business services and technology. It avoided cyclicals, real estate and banks.

To gain an edge in healthcare, Brown’s managers enlisted genomics experts at nearby Johns Hopkins University to teach them. Ideas came from everywhere. Hungry on a business trip in the Midwest in 1998, Lee uncovered Panera Bread when he walked into one of its bakery-cafes called Saint Louis Bread Co. Green Mountain Coffee Roasters was discovered in a newspaper article when it was a small Vermont wholesaler. The stock was the firm’s best-ever investment, rising ninetyfold until it was sold in 2012.

“I wish I could sit here and tell you that we have all these incredible algorithms and a very sophisticated way,” Lee says. “It really is fundamental research.”

Not everything has been a success. One of its top holdings, Inogen, a California maker of portable oxygen tanks for sufferers of respiratory ailments, had an earnings shortfall and plunged 76% in eight months. In this case, Brown Capital can afford to be patient. The fund’s nearly tenfold gain on the stock, which it started buying in 2016, has all but evaporated, but Brown has been adding to its position.

In 2013, after two decades of average annual returns of 14%, Brown Capital’s Small Company Fund closed to new investors. So Brown and Lee are now applying their strategy to even less-followed small company stocks overseas with revenues starting below $500 million.

Led by four portfolio managers, including MIT-educated Kabir Goyal, 39, the $400 million International Small Company Fund has returned an average of 18% annually over the last three years, versus 10% for its peers. Its biggest holding is Mer­cadoLibre, the South American version of Amazon.com, based in Argentina. It has risen fivefold during Brown’s brief holding period.

Now a centimillionaire, by Forbes’ estimate, Brown is bothered by recent closures of African American-owned investment firms like Holland Capital and Herndon Capital. In 2016, he completed an employee stock ownership plan, meaning Brown’s 36 employees—70% of them minorities—now own the Baltimore firm. With a succession in place, Brown is giving away his money, inspired by his anonymous benefactor in Allentown. Over the past quarter century, he and Sylvia have distributed over $39 million to dozens of educational, religious and artistic endeavors, especially in Baltimore.

“It’s incumbent upon those of us who are of color in the investing field to do everything we can to spread the word that this is an area of tremendous opportunity to create wealth,” says Brown. “It’s not just about wealth, but to be in a position to then do some good for others.”